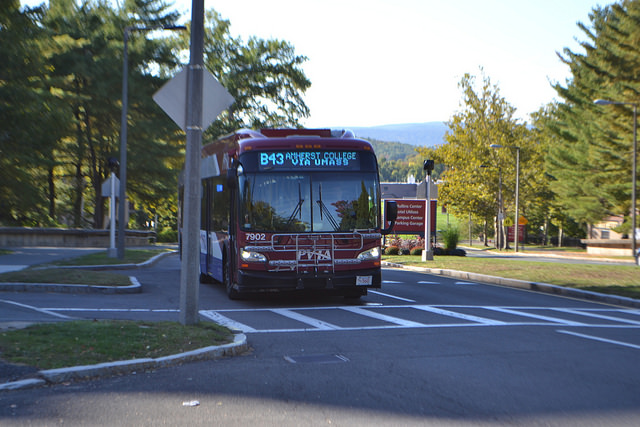 The University of Massachusetts Transit Services are reducing bus runs for select bus routes during the 2018 fall semester due to a shortage in student drivers.

“We were able to cover everything for the first two weeks, but the stress from that, amongst the driving work force we had, was becoming somewhat unpalatable,” Barrington said. “We had to make reductions so we could be sure we could sustain a dedicated bus service for the community we serve.”

“We would prefer to be able to advertise exactly what buses are out there rather than, if we didn’t have enough drivers on a particular day, having to cancel routes unannounced to the general public,” he said.

According to the press release, “the changes are expected to remain in effect through the fall semester.” However, the press release noted, “other PVTA routes will maintain their existing schedule.”

In an attempt to hire more drivers, Transportation Services held a hiring event on Sept. 15. Barrington described the event as “successful,” with the event attracting 38 students and of those 38, 31 were hired and ready to move on to the training process.

The training of new hires consists of a six-week process that begins with three to four weeks of learning how to drive the buses in order to receive a Commercial Driver’s License. After obtaining a CDL, trainees then take part in a “familiarization process,” where they observe a driver on duty to learn the behaviors of the driver and the various bus routes. The training process concludes with the trainee taking over shifts while being observed by the driver on duty, allowing the trainee to learn all ten routes before being released as a bus driver to the public.

According to the Transportation Services section of the UMass website, all applicants are required to be, “currently enrolled as a UMass Amherst student with a minimum of six class credits per semester,” and, “must be willing to work a minimum of 15 hours a week, including at least one opening, closing or weekend shift.”

Barrington also emphasized that the Transportation Services accepts applicants at any time.

“We are always hiring, so even though there may not be a hiring event for a couple of weeks, anyone at any time can go to our website and apply to be a bus driver right online,” Barrington said.