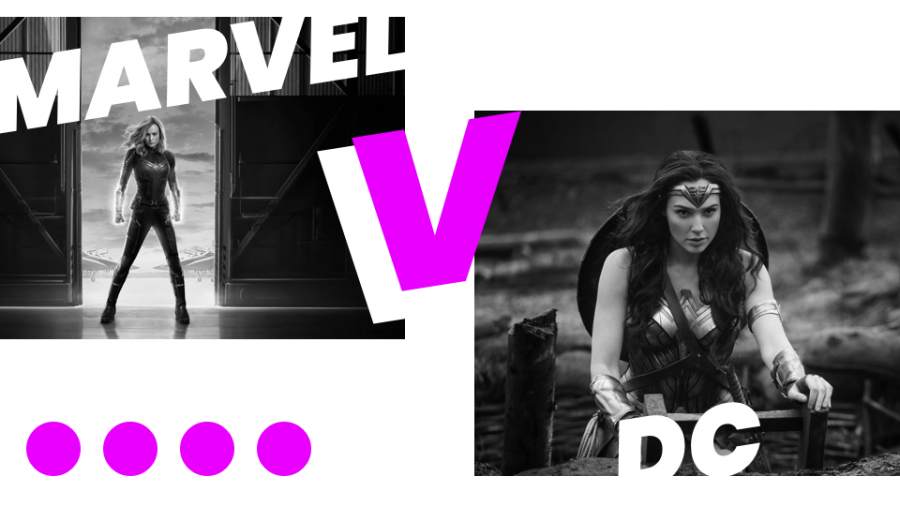 We live in a time of superhero movies. Why? Because superhero movies are fun. They provide us with great escapism while teaching us a lesson. We love seeing our favorite hero fly around doing the impossible for the greater good. They inspire us to make the world a better place in any way we can.

Over the last ten years, superhero movies have turned into the cinematic universe or franchise, meaning that we see multiple movies about our heroes over a long period of time. Suddenly, these characters have become part of our lives. This adds another layer to our devotion to them because we see these characters as part of our childhood, as our friends and role models. We might love our heroes so much that, at times, we go to great lengths to defend and fight for them. In the age of social media, this has become a toxic part of the fandom experience. Fans have become very candid with their opinions which has even led to some actors removing themselves from social media. Fandoms have become so toxic that individuals will root for another fandom to fail so theirs can look superior. There’s many fandom rivalries in the entertainment world, like Star Wars versus Star Trek, for example. But out of all the rivalries, nothing has come close to the Marvel/DC showdown.

The rivalry between Marvel and DC, respectively known as the Marvel Cinematic Universe (MCU) and the DC Extended Universe (DCEU), has existed for the last decade and isn’t going away anytime soon. It exists mainly because both universes center around superheroes. Marvel has Iron Man and DC has Batman. Marvel has The Avengers while DC has the Justice League. The duel has gotten prevalent enough that when you meet a comic book or movie fan, the first question they’ll ask you without fail is “Marvel or DC?”

The most recent argument between these two fandoms concern the studios’ female characters, Wonder Woman (DCEU) and Captain Marvel (MCU). The dispute is essentially about who was first to create the female lead superhero movie and who did it better. Who had the idea first? Who was the trailblazer for female superhero movies? Most people say the DCEU because “Wonder Woman” came out in 2017 but Marvel fans state that “Captain Marvel” was in development before “Wonder Woman,” thus the argument.

So let’s get to the bottom of this. In reality, Wonder Woman was a major contender for the big screen when the DCEU was originally being constructed in 2013 along with other characters like Batman and Aquaman. In 2013, Gal Gadot was cast as Wonder Woman and signed a three-picture deal. But the only movie she was guaranteed to be in was the “Man of Steel” sequel, “Batman V Superman: Dawn of Justice.” The other movies in the contract were unknown since Warner Brothers didn’t know if “Man of Steel”would be successful. But it was, and in 2014 it announced the second film in Gadot’s contract would be a Wonder Woman movie and would be released in 2017.

“Captain Marvel” had a different process in coming to the big screen because by the time it was announced, the MCU was already successful and had been making movies for six years. At this time, the MCU knew how to run their company and was able to work on several films at once. This meant that the MCU was able to have up to eight movies or “phases,” as MCU President Kevin Feige calls them, in different stages of production at the same time. So in 2014, Feige publically announced the entire lineup for Phase 3 (nine films to be released between 2016 and 2019), which included films like “Black Panther” and “Captain Marvel” and in 2016, Brie Larson was officially cast as Captain Marvel.

So who came first? It’s hard to tell. The public learned that a Wonder Woman movie was going to be made in the same year we learned that “Captain Marvel” was in development. But does it really matter? Both fandoms have these incredible female characters that are powerful, strong, and human. Yes,“Wonder Woman” was able to hit theaters before “Captain Marvel” but Marvel was busy making six other movies. It just had to wait its turn.

But it shouldn’t be a competition over who came first or which movie is better or makes more money. That’s not why we enjoy movies. Women are diverse so there shouldn’t be one female superhero, just like there isn’t one male superhero. Wonder Woman and Captain Marvel represent two different types of women. Wonder Woman was created in the early 1940s in the middle of WWII and represents old school feminism. She’s beautiful, polite, and gets along with everyone. On the other hand, Captain Marvel was created in the late 1960s and became popular in the 1970s during the second wave of feminism. Thus, she is more aggressive and authoritative. These characters were created under different environments therefore they have different agendas. Women don’t fit just one mold.

Yes, “Wonder Woman” was released first but when “Captain Marvel” comes out this March, don’t compare the Air Force pilot who hangs out with aliens to the Greek Goddess. They’re different, just like real women. They’re not to be fought over or pit against each other. Look at the big picture. We are finally getting female-led action movies, so let’s enjoy them.