What happened to the once-popular British rapper of the 2010s? 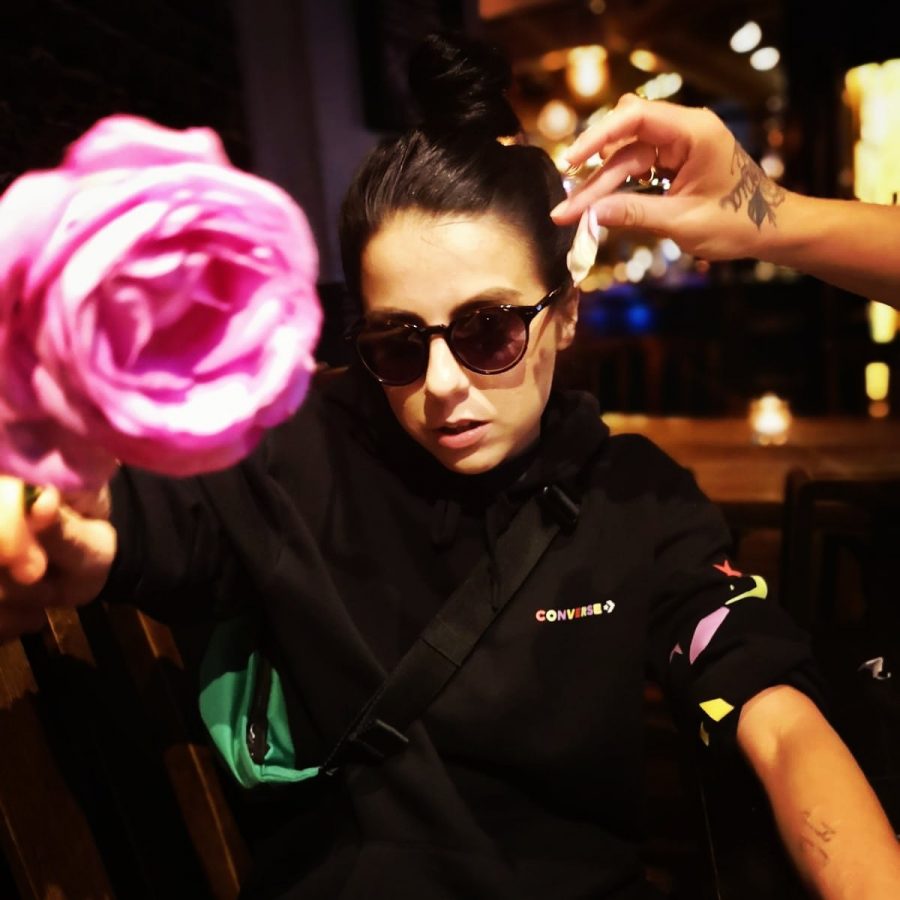 Louise Harman, otherwise known by her stage name Lady Sovereign (SOV for short) was climbing the ladder to fame over 10 years ago with some of her hit singles like “9 to 5” “Random” and “Hoodie.”  She was even on season seven of the British reality TV show “Celebrity Big Brother” in 2010. At 15, Lady Sovereign was uploading a few of her songs to numerous websites. However, she received comments saying that she wouldn’t make it in the music industry because she’s white, a female and British. Still, such negative comments did not stop her. Beginning in 2004, Lady Sovereign released many singles and has opened for musicians such as Basement Jaxx, Dizzee Rasca and Obie Trice. Her style is well-rounded, covering many genres such as rap, pop, hip-hop, grime and UK garage.

Lady Sovereign refers to herself as “the biggest midget in the game” in her sixth hit single “Love Me Or Hate Me,” a track in which she notes she is barely above five feet. What I love about Lady Sovereign is her swagger and explicit carefree attitude as she raps and sings. Her lyrics are very self-reflective, dealing with her own experiences growing up in London, England (specifically, while growing up in a run-down council estate in Wembley, located in the northwest of London). Lady Sovereign also challenged popular fashion trends, which is expressed in her hit single “Hoodie.” She also details that the English stereotype of being posh or proper is in fact not as real as one may think, and she is not afraid to pick fights with those who may not appreciate her work in her music with lyrics like, “Now, just step back and face the facts/You don’t like the fact I get feisty on wax/Anyways talking about wax, look at your face! Girl, relax!” (Tango). She has also been compared to American rapper Eminem, but clears this idea up in her song, “Blah Blah, in which she says,

Because one I’m not American, two I’m not a man
Three I’m coming through with a different kind of plan.”

In 2010 while a contestant on “Celebrity Big Brother,” Lady Sovereign only lasted 16 days before being evicted with 69.5 percent of public vote for her dismissal. During a magazine interview after the show was released, she confirmed speculation over her sexual orientation and identified as gay. She made no mention of this on the show, which one may consider a direct consequence of the moment in time that the show was produced. In the interview, however, she claimed that she simply did not care to disclose her sexuality to the world. Because Lady Sovereign came out publicly during a time where being a member of the LGTBQIA+ community was taboo, and being closeted by media and society was unfortunately very prevalent, this was huge. Her coming out, however, was a brief moment and small story in the eyes of entertainment media outlets, and faded after a month or two of articles being written about it.

Unfortunately, Lady Sovereign has been off the music scene’s radar since 2010. So, what happened? Some speculate that a major reason for her leaving her music career is a result of her mother, who she was extremely close with, dying from a brain tumor in the same year. Although Lady Sovereign has been quiet and not participatory in music-making, she is still active on her Twitter account.

Lady Sovereign embodies the qualities of not caring what others think of you on a daily basis and simply living your life as who you are instead of what media and society wants you to be. Despite not being the typical image of a rapper, she made a name for herself in the music industry.