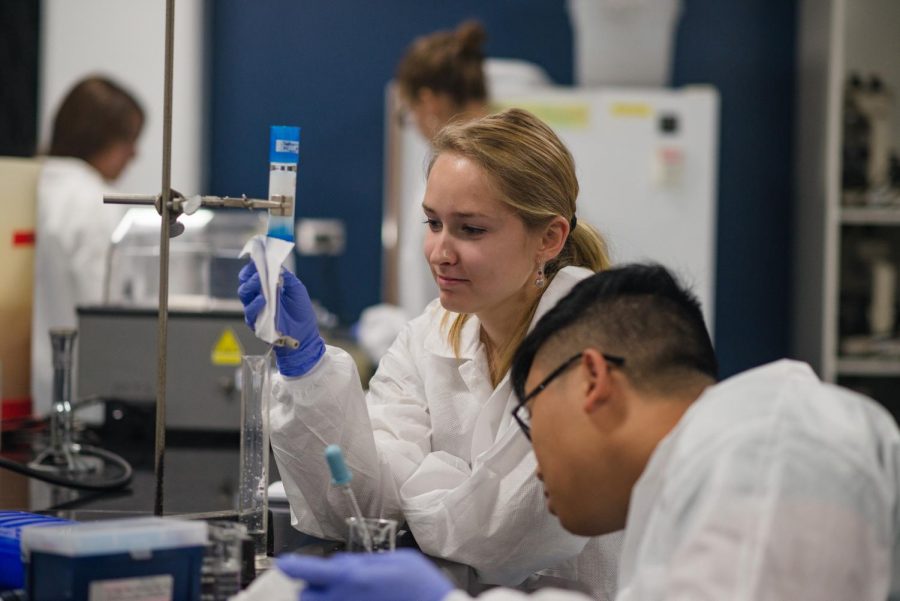 Massachusetts is seen by the rest of the country as the “Mecca” of biotech. Numerous top hospitals, research institutions and startups have given the Commonwealth its status as one of the top destinations for researchers in the life sciences. We attract the top talent from all over the world and act as a beacon of scientific progress. It would follow that University of Massachusetts, our state’s public flagship university, would want to prepare its students to perform on the same level as their counterparts from Harvard University or the Massachusetts Institute of Technology. Yet when we examine the actual outcomes, the life sciences programs at UMass severely underperform.

According to US News and World Report, UMass is tied with eight other schools for 54th place in biological sciences. Why is this? Our professors come from the same background as professors from higher-ranked schools; if anything, our proximity to Boston gives us a higher likelihood of having professors from elite research institutions. Yet, as UMass tries to improve its ranking among national universities, it appears unwilling to make the changes that would actually make its students more competitive.

For instance, the biology department currently requires a grade of C- or above in all classes in the math and physics core, a drop from the previous minimum grade of C. This decision, whether designed to or not, improves retention in the biology program and keep students from being “weeded out,” something that is virtually unheard of in higher-ranked schools (or even in UMass’ own engineering department). Rather than increasing resources for students who are having difficulties with these requirements, the department simply lowered their standards. Of course, this was at the expense of their students’ competitiveness against candidates from other schools.

As a biochemistry major, many of the classes I take are in common with the biology and microbiology departments. It’s evident that the teaching style at UMass generally favors rote memorization over critical thinking and application, especially at the lower levels. This puts UMass graduates at a disadvantage—students at schools like Harvard and MIT are expected to go a step further from the moment they matriculate. My first three years of exams usually involved questions that tested rote memorization. There was little actual critical thinking besides simply remembering vocabulary from the textbook. It was not until I took the second semester of the junior-year biochemistry sequence that I saw exam questions that expected us to apply our knowledge to real-world experiments.

In contrast, MIT takes a sharply different approach. From MIT’s OpenCourseWare website, it is obvious that even its introductory courses require students to go the extra mile. Rather than only testing vocabulary, they focus on interpreting actual experimental results the way a scientist would. Of course, there is always a certain amount of biology that involves memorization, but in the real world, science is about critical thinking and logic. It’s much more important to be able to critically evaluate the results of an experiment and propose follow-up experiments than it is to regurgitate the name of a specific protein. Unlike at UMass, the management at MIT understands that critical thinking matters, and reflects this in its choice to test students with experiment-based questions right from the beginning.

At UMass, the general attitude seems to be that lower-level life sciences courses will test rote understanding of the basics, and that deeper critical thinking is reserved for specialized upper-level courses. Yet, this attitude is what makes our graduates less competitive. When they apply to medical and graduate schools and are up against students from schools that do emphasize experimental logic and thinking, they are comparatively left behind.

Of course, there are numerous exceptions to this generalization. I have personally taken lower-level courses that I feel encouraged experimental thinking, but these courses are the exception, not the rule. UMass graduates are geographically poised to be among the top life science researchers and clinicians in the nation, but the current management prevents our grads from reaching their full potential. While public universities may never have the institutional clout of elite private schools, UMass should want its graduates to have a reputation among employers as adept experimentalists.

The students of UMass have an abundance of potential, and it’s a shame to see it squandered. The administration should focus on adding resources to help lift its students higher rather than passively lowering its standards. It’s no secret that UMass is trying to boost its ranking, and it will never succeed at this goal until it changes how its students are trained. Our life science students are just as capable as students from top private schools. It’s time the higher-ups started treating us like we are.

Editor’s Note: The second sentence of the third paragraph was edited post-publication to better represent the author’s opinion.

Edridge D’Souza can be reached at [email protected]