College Football Notebook: A look around the ACC

Florida State and No. 17 Miami go down to the wire 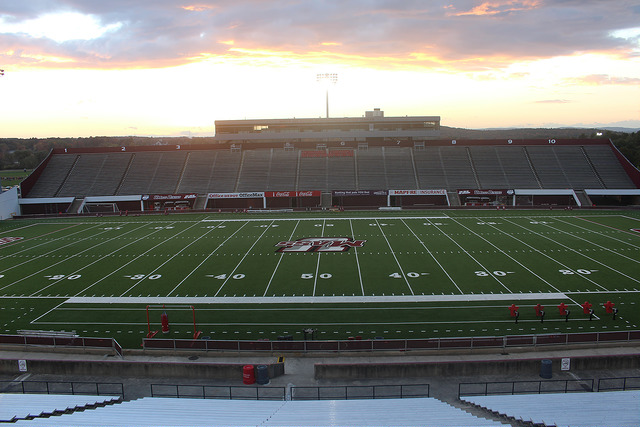 Georgia Tech steamrolled Louisville Friday night, racking up a whopping 542 yards on the ground against the Cardinals’ defense en route to a 66-31 clobbering. The victory broke Georgia Tech’s three-game conference losing streak and dropped the Cardinals to 2-4. It’s been a dismal season for Louisville, a team that still seems to be searching for an identity after losing leading playmaker Lamar Jackson to the NFL last season.

With star running back A.J. Dillon injured, Boston College fell just short of toppling No. 23 NC State on Saturday, falling 28-23. Going into the fourth, the Eagles were trailing 28-10 when Ben Glines rushed in a score. With 3:33 left in the contest, BC’s special teams blocked a punt deep in Wolfpack territory and recovered it for a touchdown. Its ensuing onside kick was unsuccessful, and NC State was able to run the clock out. Wolfpack safety Germaine Pratt had a monster performance, notching 13 tackles, a sack and a forced fumble.

Clemson took care of business as expected against Wake Forest, limiting the Demon Deacons to a mere field goal while putting up 63 points of its own. In highly-touted freshman Trevor Lawrence’s second start, the quarterback completed 20 of 25 passes for 175 yards before being relieved in the third quarter with the score lopsided. No. 23 NC State should pose more of a challenge next week for Dabo Swinney’s Tigers.

Syracuse and Pittsburgh go to overtime

In an entertaining overtime shootout, Pittsburgh was able to hold off Syracuse 44-37 to advance to 3-3 on the season. On the last play of the game, Syracuse quarterback Eric Dungey let loose a desperation heave that was intercepted by Pitt in its own end zone to seal the win for the Panthers. Pitt running back Qadree Ollison ran wild, going for 192 yards and a touchdown.

Florida State pulls off near upset against Miami

Florida State and Miami’s intense rivalry did not disappoint this past Saturday. Two back-to-back turnovers by the Seminoles’ offense in the third quarter spurned a 14-point outburst in under 42 seconds by the Hurricanes, cutting the score to 27-21. With 11:52 left in the contest, Miami quarterback N’Kosi Perry connected with tight end Brevin Jordan on a 41-yard pass for the go-ahead touchdown. Florida State was not able to answer back, and Miami got away with the 28-27 victory. It was a chippy, heated game that included a near bench-clearing brawl.

No. 6 Notre Dame runs away from Virginia Tech

A 97-yard rush to the house by Notre Dame running back Dexter Williams in the third quarter helped the Fighting Irish pull away from Virginia Tech Saturday night. The score gave Notre Dame a 24-16 lead and from there, they never looked back as they cruised to a 45-23 victory in this week’s marquee ACC matchup. Breakout quarterback Ian Book tallied 271 yards through the air for Notre Dame.

Ben Painchaud can be reached at [email protected]