Counterpoint: Cultural appropriation is not a sin 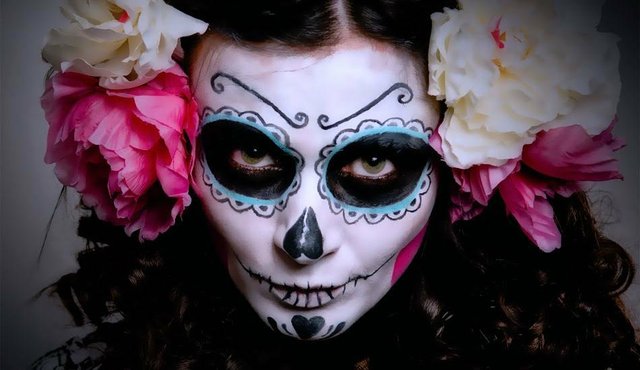 Halloween is here, and once again we commence our annual diatribe against costumes that may be deemed by anyone to be offensive, culturally insensitive or otherwise harmful to any number of marginalized ethnic groups. “Cultural appropriation” is a term very much in vogue, and it is the way by which many argue such costumes are inappropriate and therefore should not be worn. But the outrage over cultural appropriation is far too loud, and Halloween is a time for dressing up however you choose (with, of course, some notable exceptions).

Cultural appropriation is merely how cultures around the world have acted for thousands of years. An Atlantic writer demonstrates this well: “Such borrowing is how we got treasures such as New York pizza and Japanese denim – not to mention how the West got democratic discourse, mathematics, and the calendar.” With this simple explanation, it is easy to see why cultural appropriation should not be seen as a bad aspect of society, but rather a good one. Indeed, one can also infer that white people are not the only ones who practice it. This does not mean people recognize this, and there are many instances where white people have been demonized for wearing something that doesn’t align with their culture.

A recent example of this is when Vogue cast Kendall Jenner, a white model, with a hairdo that was construed to be traditionally Black. Whether or not this hairstyle was indeed traditionally Black (Vogue insists it was meant to be a nostalgic element of the early 20th century, not necessarily “belonging” to Black culture), the outrage this generated in the comments section of the Instagram post where it was revealed demonstrates the hyper-sensitivity of our culture. Vogue even felt they had to issue an apology for inadvertently offending anyone with their casting choice.

The reader also may recall the time earlier this year when a white girl wore a traditional Chinese dress to her prom.  She posted pictures on Twitter and a man with Chinese ancestry commented, “My culture is NOT your g**d*** prom dress.” Unlike Vogue, however, this girl did not issue an apology, but instead explained why she wore the dress: namely, she meant “no disrespect to the Chinese culture” and was “simply showing [her] appreciation to their culture.” On Twitter, there was outrage over the situation, much, if not all of it, wholly unjustified. In fact, New York Times writer Amy Qin wrote a piece in which she described the reaction to this in China. Many Chinese people “proclaimed [the girl’s] choice of the traditional high-necked dress as a victory for Chinese culture.” The fact that Chinese people found wearing the dress to be more flattering than it was insulting shows how some Americans have been so indoctrinated with the need to be politically correct that they have become out of touch with reality.

Not all the outrage over cultural appropriation is overblown. Blackface, for instance, can rightly be criticized as racist and insensitive because of its long and ugly history in the United States. The National Museum of African American History and Culture describes the origins of blackface in detail: “The first minstrel shows were performed in 1830s New York by white performers with blackened faces…and tattered clothing who imitated and mimicked enslaved Africans on Southern plantations. These performances characterized blacks as lazy, ignorant, superstitious, hypersexual and prone to thievery and cowardice.” No one should paint their face black, even for a Halloween costume, because this history exists in our not-too-distant past and the purpose of this makeup was to make fun of Black people. This should be obvious for anyone to see.

However, for the most part, I argue people should be able to wear what they want for Halloween, or whenever they feel like wearing something that doesn’t belong to their culture. As long as there is no intent to cause undue harm or stress to someone of a different race, there should be no limits to what one can wear apart from blackface and other historically racist depictions of others. Cultural appropriation is actually good, and much of what we have today would not have been possible without it.