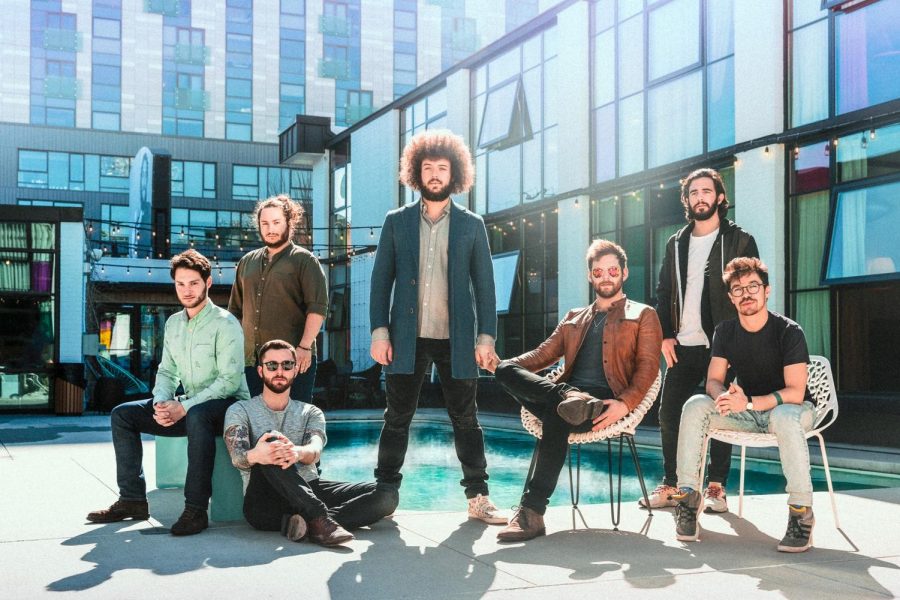 Ripe, Boston’s self-proclaimed “ambassadors of funk,” will perform in Northampton at Pearl Street this Friday. The seven-piece pop funk group has gathered a large following since their formation in 2011, journeying from the Berklee College of Music house show scene to starting their first headlining tour earlier this year.

The group met at Berklee just a few weeks into college. Over the past seven years, they have gained notoriety for their high-energy, live performances featuring improvisational jams, horn-heavy funk melodies and synth pop beats to create a unique sound that’s difficult to place in one single genre.

This has been an eventful year for the group. Along with beginning their first headlining tour, 2018 also saw Ripe take their unique road-worked sound into the studio to put together their first full length album, “Joy in the Wild Unknown,” this past April. The album highlights the group’s ability to project the intensity they exude on the stage into the studio, and features 12 diverse tracks that underscore the range of sounds Ripe has in its repertoire.

Prior to “Joy in the Wild Unknown,” the group had released only two EPs, “Produce the Juice” and “Hey Hello” – released in 2013 and 2015 respectively. However, this relatively small body of work represents a fraction of Ripe’s setlist. Front-man Robbie Wulfsohn mentioned in an interview earlier this year that the group is constantly working out unrecorded tracks in their live sets, mixing in improv jams, covering everything from Grateful Dead songs to tracks off the Lion King Soundtrack, and “actively trying to sound like we can’t be contained by the rooms we’re playing in.” Wulfsohn explained that an early goal of the group was to “never play the same show twice,” which keeps their live performances as fresh and fun for the band as they are for the audience.

Both EPs, as well as “Joy in the Wild Unknown” can be found on Spotify, iTunes and Tidal.

Ripe’s packed year continues this Friday, Oct. 26 when you can catch them at Pearl Street Theatre in Northampton.

Matt McAndrew can be reached at [email protected]