Let’s talk about Grandson, and no, I’m not talking about your grandkid 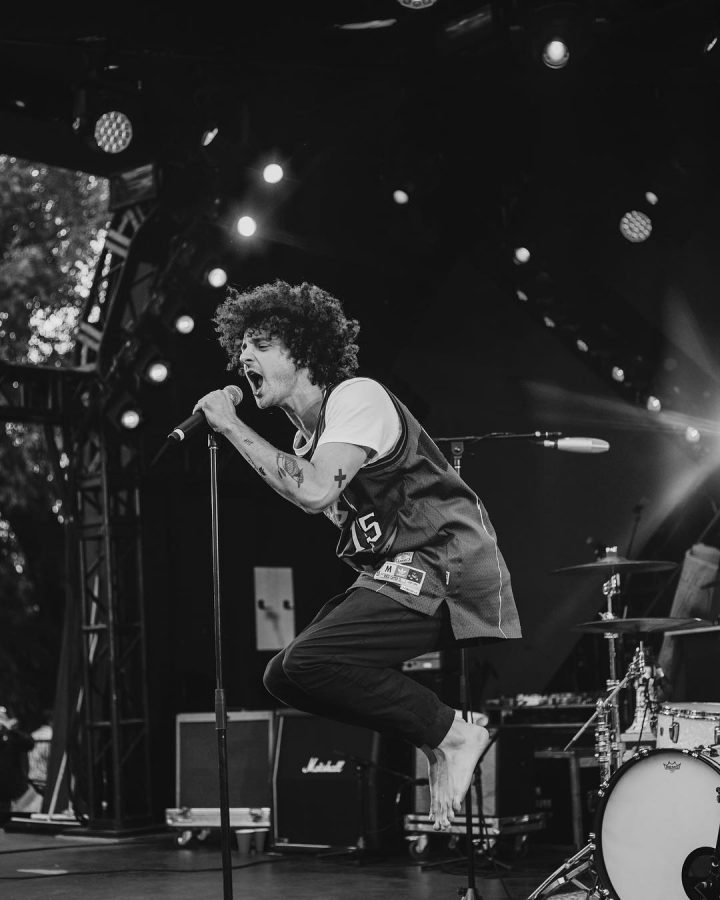 When I first heard those lyrics, I remember temporarily freezing at my computer with mind going “woah, okay then?” My mind was further blown after hearing the rest of the chorus: “The price of your greed/Is your son and your daughter/What you gon’ do/When there’s blood in the water.” At that point, I was hooked, and I wanted to find out more about this artist who spoke the angry feelings I felt but would never openly express to anyone other than myself. I researched Grandson (stylized as “grandson”) online and discovered that he was raised in Toronto, Canada, his full name is Jordan Edward Benjamin and he dropped out of college in 2014 to pursue his music career in Los Angeles. Two years later, Grandson released his first single “Bills.” The following year, he signed with RCA Records, releasing four more songs, one of which was a cover of Bob Marley’s song “War.” Grandson then signed with Fueled by Ramen in March of this year.

Grandson’s latest album “A Modern Tragedy” has six songs, including “Blood // Water,” the initial song that blew my mind away. The album was released June 15 of this year, and it cannot be confined to solely one or two genres. In fact, it is a mixed blend of rock, electric, blues, alternative, hip-hop and rap. In Grandson’s words, the album “doesn’t just tackle one sensitive issue. It’s a raw look at the systemic failures that have led so many people like myself to feel disenfranchised, to feel like we need to get angry.” “Blood // Water” introduces this with lyrics about political corruption, corporate greed and their negative effects on the youth. “Stick Up” tackles issues with war veterans not getting what they need post-war from the government and general needs such as proper medications for PTSD, resulting in them resorting to violence. In “6:00,” Grandson addresses the inequality in our society with lyrics such as “There’s no difference between you and I/We share the same sunshine from the same sky.” In “6:00” he also addresses police brutality and having to witness the cruelty of this brutality with lyrics like…

The songs “Despicable” and “Overdose” however, stray from talking about our collective problems in American society and instead gets more personal at the individual level. “Despicable” tells the story of a guy who suffers from depression and breaks up with his girlfriend because he believes that she “will find a better man than I am, trust/I’m doing you a favor, doing you a favor.” “Overdose” is the final song in the album and it deals with the struggles of being addicted to drugs and warns those who are not drug addicts and those thinking of trying drugs about the risks of “searching for a little serotonin.”

In summary, Grandson is angry, and he wants the world to know. Be it politically or socially, he refuses to stay silent on these matters that not only are personal to him but to many of us as well.  He offers a new blend of music and style of rock that I have yet to find in other musicians or bands. Grandson is definitely worth checking out if you are looking for a new artist to listen to or if you need some politically-charged music in your life.