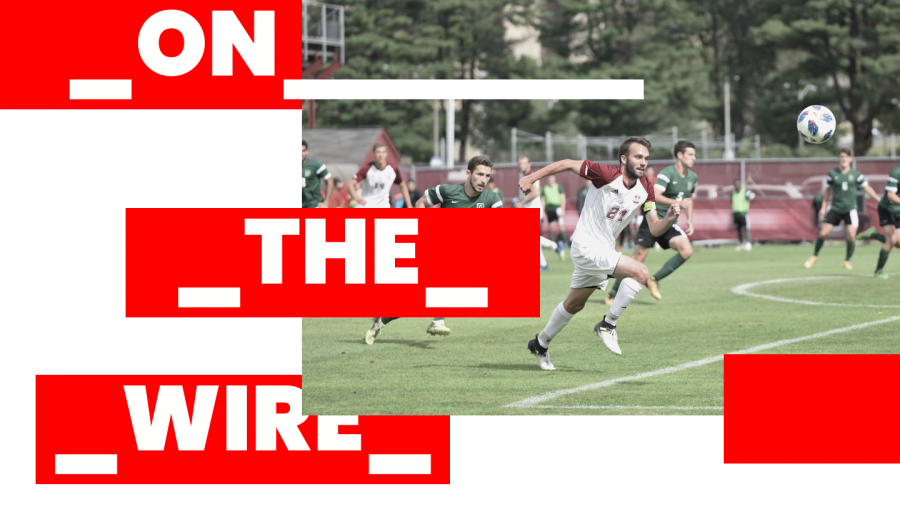 With three games to play, the Massachusetts men’s soccer team is right in the thick of it.

After going on the road and picking up three huge points against Fordham over the weekend, UMass (6-6-2, 2-3 Atlantic 10) has moved into a much better position to make the A-10 tournament, sitting tied for fifth place on six points, along with three other teams.

Now, the Minutemen have three games to cement a fourth consecutive spot in the A-10 tournament, and that task starts with Davidson (7-4-1, 3-0-1 A-10) at home on Wednesday.

The Wildcats are one of the A-10’s overachievers in 2018 — having been picked to finish eighth in the preseason coaches’ poll, Davidson is currently third in the league table with 10 points. The two teams last played in North Carolina in 2016, ending in a 1-1 draw after two overtimes couldn’t produce a winner.

“I think they’re a very technical team who are very comfortable with the ball,” said UMass coach Fran O’Leary. “We went there a couple years ago and they played us off the park. But we showed resiliency, got a late equalizer to get a very important point.”

Besides a 6-2 thumping of Saint Joseph’s last week, the Wildcats’ results have been by the thinnest of margins, as Davidson drew with La Salle over the weekend and opened the season with wins over Dayton and George Washington that both required overtime to settle.

The Wildcats’ tight results suggest they may not be quite as strong as an unbeaten 3-0-1 conference record would indicate, but the Minutemen have no plans to consider otherwise.

“We’ll need to be well-organized defensively,” O’Leary said. “Our back four will need to be dialed in again, they were terrific against Fordham. Most of what we do, we really feed off our experienced back four, our whole team feeds off of our back four. They were dialed in and so good against Fordham, and we’ll need that again on Wednesday, given that Davidson’s averaging over three goals a game in conference.”

The focus remains the same for UMass — a compact, organized shape when defending, and an emphasis on set pieces, both offensively and defensively. The Minutemen spent plenty of time last week working on set pieces on both sides of the ball, and will continue to do so in preparation for Wednesday.

“Obviously with every team, [a focus] is set pieces,” O’Leary said, “because they play such a huge role in every game. When you’re scouting games, so many goals, more and more goals are coming from corner kicks and free kicks.

“Aside from that, the focus is on how we handle them — they can move the ball quickly. They pass and move as well as any team in the conference, and obviously it’s worked for them.”

Saturday’s win at Fordham was easily the season’s most important result, but the work isn’t finished. UMass likely needs at least five or six points from its final three games, starting with Davidson on Wednesday and Dayton on Saturday — both at home — before a final trip to George Washington to round out the schedule.

“A big win like that against a terrific Fordham team that went to an NCAA quarterfinal is great, [but] I don’t think our spirits were ever down,” O’Leary said. “I think we were resolute coming in. We don’t want to be too happy now, we have not accomplished anything.

“We’re back in the mix, but we’re still backed into a corner and we need wins. So we’ve got to be focused, we can’t pat ourselves on the back just because we won a game.”

Kickoff on Wednesday is set for 3 p.m.