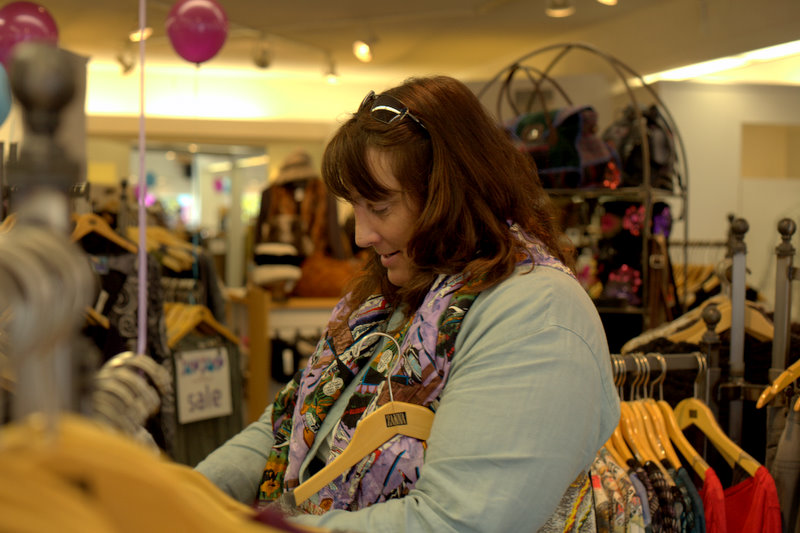 It’s the middle of the semester, which means midterms. It’s a dark time for many. The days are getting shorter, the nights are colder and all of a sudden, students have three tests in a week. Keeping up with our schedules can get hard. Add a job to your mix of stress and exhaustion and you might just feel like you need some therapy — especially retail therapy. I mean this in all materialistic senses of the word: you need to feel like you’re “on fleek,” you need to feel special, you need to reward yourself for your hard work. After long nights in the library, endless hours of studying, attempts to balance school with sleep, work, friends and extracurriculars, you deserve a reward. We deserve to autonomously make ourselves happy by doing things for ourselves.

It’s worth it to reward yourself once in a while. Whether it’s getting some of your favorite food when you’re in the library studying, getting your nails done at the end of a stressful period of tests or buying that sweater that you really liked when you were shopping online after you aced that crazy biology midterm, you need positive reinforcement.

Additionally, this kind of retail therapy, or “splurging,” is shown to actually help your mood. Margaret G. Meloy, a professor at Pennsylvania State University, wrote an interesting paper, titled “Retail Therapy: A Strategic Effort to Improve Mood,” about how retail therapy lifts someone’s mood and is a strategic method we can use to keep ourselves focused and controlled. In her second study, she states: “activities that may appear to reflect a lack of impulse control (e.g., retail therapy) may be part of a strategic effort to manage mood.” Sometimes during stressful times at school, the feeling of sinking becomes overwhelming. We study, take test after test, write paper after paper, then we have to wait for the results and do it all over again in a few weeks. We need something to boost our mood.

Nevertheless, her study emphasizes the need for restraint. Restraint is entirely the point of retail therapy; you are showing yourself that you are allowed something when you are stressed out from working incredibly hard, but you don’t splurge too much and cause yourself to be even more stressed in the end. In her analysis of retail therapy, Meloy includes statistics on the mood of the person being observed, where she uses chocolate as the product that they are indulging in. It was possible for the people to restrain themselves and still have some chocolate, with a mean of 1.39 pieces. Another articleby Forbes magazine called “Retail Therapy: Does it help?” which analyzed Meloy’s study concluded that you should “shop for items that you already planned to purchase” and to put items that you find and like on hold so that you can think about your spending more.

Additionally, retail therapy is a widely used coping mechanism by many. Statistics in an article by Kit Yarrow in Time Magazine show that 52 percent of Americans admit to engaging in retail therapy, 62 percent of shoppers admit to purchasing something to cheer themselves up and 28 percent of shoppers admitted purchasing something as a form of celebration. These statistics stand out because they show how so many people spend money on themselves as a way to help their mood and reinforce their hard work. Similar to the study by Meloy, Yarrow explains how retail therapy is done best in moderation. Like anything in life, such as drinking or eating candy, it’s done best in moderation in order to maintain a healthy lifestyle, but also so that it’s more meaningful, something to be happy about and look forward to. Once a mechanism you use to feel special is abused, then the feeling attached to it dwindles.

It might seem irresponsible that I’m suggesting spending money to cope with your mood, but what else are you supposed to do? Sometimes deep breathing and yoga just aren’t enough, and getting blackout drunk every weekend certainly isn’t good for your body, mental health or bank account. The point is putting yourself first, allowing yourself to get something you want with restraint and thought. The point is rewarding yourself by doing something you want to do, whether it’s buying new shoes, or spending money on your favorite activity like a new video game or soccer ball, especially during times of stress when the light at the end of the tunnel seems too far away.