Searching for a new sound? Try looking to past artists for some great forgotten material

Look back to find new music 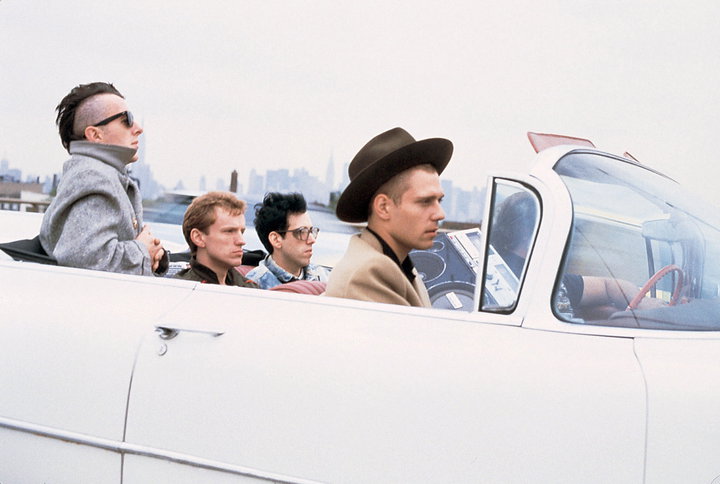 Looking for some new music? Maybe you’ve been addicted to a certain sound or band for a while now, and figure it’s time to infuse some new material into your playlists. Instead of skimming Spotify or Apple Music for some new bands, why not take a look back? Some of the biggest and best music groups of today were inspired by, or share a similar sound to, bands favored in decades past.

For example, Walk the Moon’s most recent album, “What If Nothing” (2017), is personally, one of my favorite albums. It’s unique from much of their other albums, and definitely more alternative rock than pop. If you like this album or Walk the Moon in general, take a look back to Pink Floyd, particularly Pink Floyd’s albums “A Momentary Lapse of Reason” (1987), or “The Wall”(1979). If you hear Walk the Moon’s song “Sound of Awakening,” it sounds like a more current version of some of Pink Floyd’s work. If you like Walk the Moon, or other bands like them, some Pink Floyd songs I’d recommend are “What Do You Want From Me,” “Take It Back” and “Keep Talking.”

If you’re into the sound of The Vaccines, the Struts or any other British-sounding glam rock that makes you want to wear leather and bang your head, look back to The Clash, the forefathers of this type of punk-rock. Try out “Kiss This” by the Struts (2016) or “Norgaard” by The Vaccine’s (2011), and compare them to “Janie Jones” by the Clash (1977), “I Fought the Law” (1977) or “The Magnificent Seven” (1980). In continuation of this style of music, if you are a fan of Green Day, definitely take a look at any song by The Sex Pistols. My personal recommendation is “Pretty Vacant” (1977).

If you’re about music similar to that of Lana Del Rey’s, maybe with some MS MR, Halsey or St. Vincent mixed in, it’s easy to hear Amy Winehouse in their music. If you miss Amy Winehouse as much as many other music lovers do, hearing Lana Del Rey’s albums “Ultraviolence” (2014) or “Paradise” (2012) may have appealed to you greatly, because Winehouse’s influence is transparent and her legacy on female artists is astounding. If you like this type of music, dark but pretty, full of deep emotion with a sultry, warm, R&B sound, Amy Winehouse was your girl, with songs like “Back to Black” (2006) and “You Know I’m No Good” (2006).

Perhaps rock or alternative music isn’t for you. The idea that old music is new again applies to basically every style of music. Take rap for example. With Nicki Minaj’s album release of “Queen” that dropped this year, Cardi B’s current popularity and Lizzo’s new presence, girl rappers are coming on strong with today’s listeners. Take a look back in time to Missy Elliot, one of the strongest female rappers ever. It’s clear how she inspired today’s rappers in songs like “Work It” (2002), and “Lose Control” (2005). Even before Missy, look back further to the iconic trio Salt-n-Pepa with bops like “Shoop” (1993) or the classic, “Push It” (1987).

Rap is arguably more popular than ever, and with new artists appearing every day- Tekashi69, Lil Pump, Swae Lee, the list goes on and on. Rap is a genre where artists build off of each others sounds, usually inspired by one of the “greats” from years past. At a party or just hanging with friends, switch up the playlist. Throw it back to The Notorious B.I.G. with anthems like “Hypnotize” (1997) or LL Cool J’s “Mama Said Knock You Out” (1990). Don’t forget about A Tribe Called Quest with favorites like “Can I Kick It” (1990) or DMX “Party Up” (1999) or “Where The Hood At” (2003).

The list goes on and on. There are so many more bands and artists that have inspired today’s music or would be incredibly popular if they were more current, like Talking Heads for a psychedelic rock vibe, Three Dog Night for some of the funkiest tunes you’ll ever hear, or Depeche Mode for some weird, but awesome rock. Honestly, it feels great to have your music taste complimented, which I guarantee will happen if you mix in some older music that, perhaps, none of your friends have heard before. Give these a try and let us know what you think.

Chloe Blauner can be reached at [email protected]