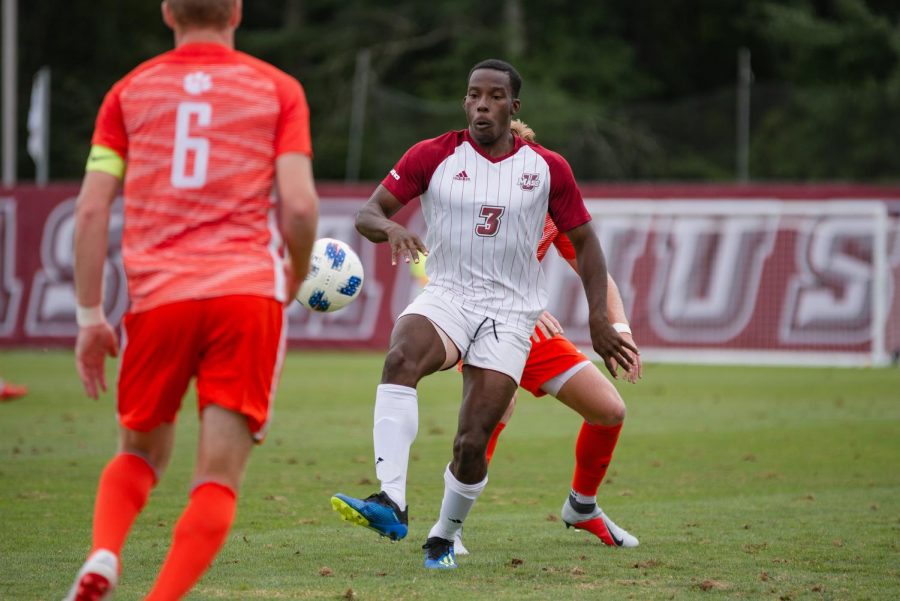 Defense will be the focus for the the Massachusetts men’s soccer team this week, as the Minutemen hit the road to take on conference foes Rhode Island.

URI (8-2, 2-1 Atlantic 10) is a team that is known for its high-powered offense, a team that scores a heavy load of its offense off of set pieces and a high pressing counterattack. Coming off of two dominant victories, URI seems like a juggernaut on the offensive side of the ball — in those two victories, the Rams have scored two goals from set pieces, a trend that UMass will look to stop.

UMass (5-5-2, 1-2 A-10) will look to keep its composure in its half of the field, as a team as proficient as URI on set pieces will look to take advantage on any opportunity it can get to score. The Rams can score directly from a free kick or just fielding a ball from the position, and have done both at an extremely high level.

“There’s been a strong emphasis on set pieces, both offensively and defensively,” said senior forward DeAndrae Brown. “We know Rhode Island’s a very strong offensive set piece team, so we’ve really been working on that.”

Brown, who has six goals this season, will play a vital role in keeping the Minutemen ahead on the counterattacks. The best way to stop a counterattack is through the pressure of the offense — keeping the opposing defense and midfield from being able to read the field and forcing them to make quick decisions by pressuring them high up the field with attackers. The quicker a player has to make a decision, the more prone they are to making a mistake.

“I think it’s more of a team thing,” Brown said. “We all pressure together, we’re going to try to keep the same gameplan we’ve been using all season, we don’t want to change it up too much, so it’s more of what we’ve been doing over the last four or five games.”

UMass has been fantastic on defense this season, a testament to how strong the back four have played together. The defense has been stellar at limiting the opposing team’s shots, which would then be turned into a quick breakaway for the offense. With the Rams scoring six goals in the past two games and 26 goals on the season so far, the defense will face one of its toughest tests to date against a potent URI attack.

Kickoff on Wednesday is set for 7 p.m.