Davidson scores two second half goals in win vs UMass 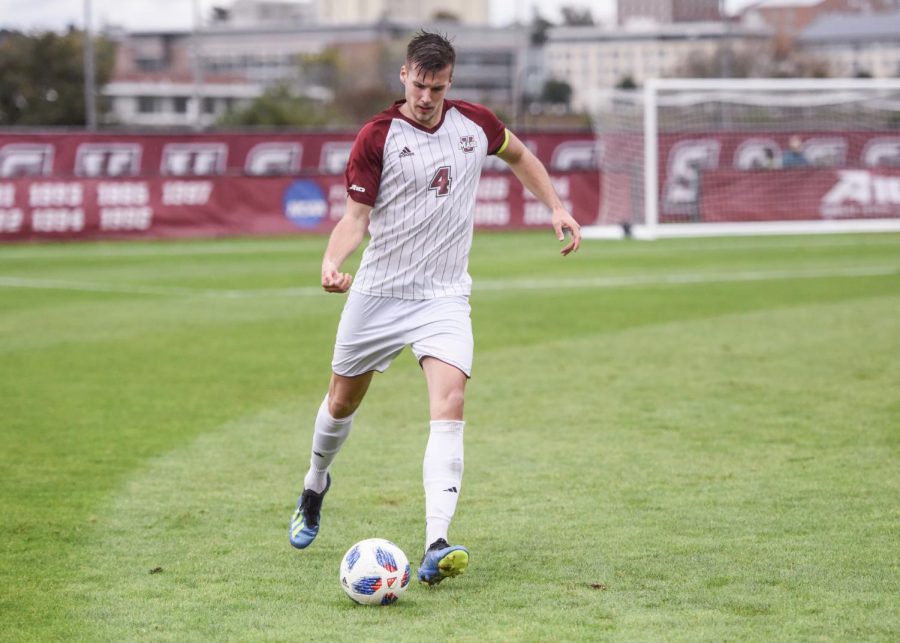 The Massachusetts men’s soccer team struggled in its 2-0 loss to conference foes Davidson.

The Minutemen (6-7-2, 2-4 Atlantic 10) got off to a slow start, as both teams struggled to piece together solid attacks in the first half. It was in the second half that Davidson was able to score two goals to win the game 2-0.

“We started slow,” UMass coach Fran O’Leary said. “And then worked our way in halfway through the first half, we began to wrestle control. I think Davidson dominated the first 20-25 minutes, then I thought we had the better of it in the second half – we took control of the game. But as you see, a couple of mistakes let them back in, gives them renewed energy and then we were always working from behind, which is difficult.”

The game was a difficult one for both teams. Cold weather, tough winds and a flash of heavy rain made the conditions on the field very difficult, and it showed throughout the first half. Davidson came out strong, pushing the tempo and dominating for the first 20 minutes. UMass then turned the tables on the Wildcats, taking control of the rest of the half but failing to produce a goal.

UMass continued its pressure in the second half, suffocating Davidson and getting more shots up. The stalemate lasted until the 59th minute, when an errant Minutemen clearance was deflected and landed right at the feet of freshman forward Lucas Hauth who took advantage of his one-on-one opportunity and scored the goal. This score would remain until the 67th minute, when Hauth would score his second goal of the game, tapping in a rebound that came off of UMass goalkeeper Marvyn Dorchin. UMass would continue to attack the Wildcat defense, creating many opportunities, but none would convert into a goal.

“I think the first 25 minutes, we weren’t on the field,” senior defender Konrad Gorich said. “We didn’t do a good job as an entire team, so the first half definitely goes toward them. In the second half, we did a better job. We had a few shots on goal. We had 12 shots, they had nine. We’ve got to use our chances. We didn’t use them today.”

The Minutemen registered 12 shots, including multiple attempts in the box. It was an incredible defensive display by Davidson goalkeeper Sawyer Gaffney, who held the UMass attack at bay with his strong play.

Despite the offensive output, the loss was marred by defensive mistakes made by the Minutemen in the second half. Passes made by the defense did not appear as fluid as they usually do and a costly mistake out of the back led to a deflection that resulted in a goal for Davidson.

“Our back four has been, if not the best, one in the best in the A-10,” O’Leary said. “Mistakes are part of the game. You just bounce back. It’s history now. The game is history now. Whether we win or lose, we just put it to bed and move on to the next one.”

“We had some mistakes in the back four, but that happens,” Gorich said. “That’s part of the game. Everyone makes mistakes, so that’s not the big thing. We could’ve played better as an entire team. When you don’t do that, that’s what you get.”

This was a tough loss for UMass, which now finds itself in a tough situation in the conference. With the loss, the Minutemen must now win their next two games to have a shot at the conference tournament.

The Minutemen will host Dayton in a must-win game at Rudd Field on Saturday at 1 p.m.

Javier Melo can be reached at [email protected] and followed on Twitter at @JMeloSports.