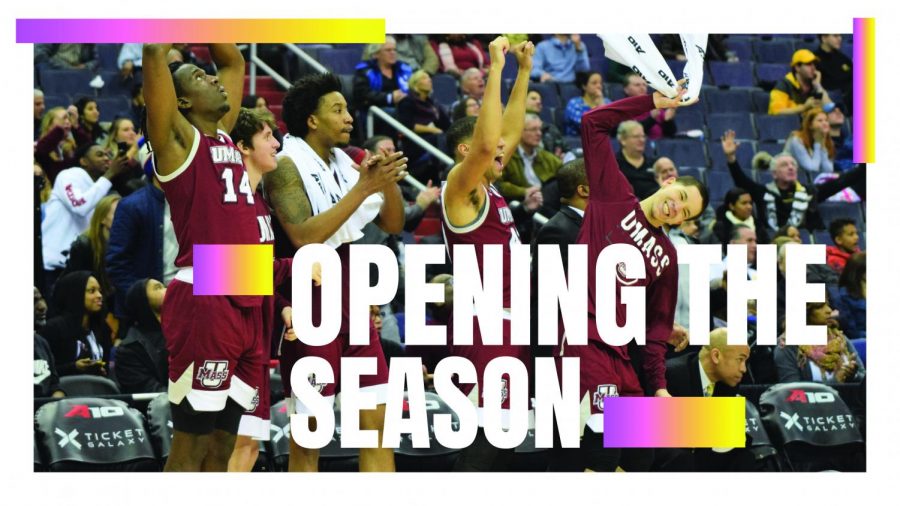 The Massachusetts basketball team has its first official exhibition match Tuesday, taking on Westfield State at the Mullins Center.

With the official season starting a week later, here are some key questions and things to watch for in the scrimmage.

UMass coach Matt McCall confirmed after Monday’s practice that Luwane Pipkins and Carl Pierre would definitely be starting Tuesday night, which is no surprise considering how large their role with the team was a season ago, but wouldn’t say who would be joining them to begin the game.

With the amount of depth the Minutemen have, McCall will have a chance to play with the starting five throughout the season depending on matchups, and will not have to use one set unit. It will be interesting, however, to see who he throws out there for the scrimmage, as it may be a good indicator as to what the starting lineup will be when the season opens against UMass Lowell.

There is a chance that UMass big man Rashaan Holloway returns to the Mullins Center for the first time since January, when he ruled academically ineligible for the second half of the season.

“The hamstring is something you don’t want to mess with,” McCall said. “If we can give him another day of rest tomorrow so he’s ready to go Nov. 6, we may do that. We haven’t decided yet.”

If Holloway does suit up, he would most likely be playing on a strict minutes restriction in an attempt to preserve him for the season opener.

How many minutes do the new players get?

McCall hopes to play Pipkins and Pierre no more than 30 minutes Tuesday, opening up opportunities for the new guys to get game reps before the season opener.

“We’ll use some different combinations tomorrow,” McCall said. “The game will dictate some of that but going into the game, wanting to get some guys reps, wanting to get our seven new guys some reps.”

With Holloway either resting entirely or playing limited minutes, expect to see Laurent, Chatman and Diallo play a lot of minutes at the four and five spots. All three players are versatile enough to go out on the perimeter, creating matchup problems for the defense and pulling shot blockers away from the rim.

How fast do the Minutemen play?

With the added bench depth and a relatively small lineup, it makes sense for UMass to attempt to speed the game up and use its athleticism to its favor.

The Minutemen will look to utilize this on both offense and defense, by running in transition and picking up full court after made baskets. It will be fascinating to see which lineups McCall chooses to play faster with, as he will experiment with this during the exhibition.

“We’ll definitely try to speed the game up,” Pierre said. “Whether it’s on offense, running on [offense], or in the press trying to speed teams up. We definitely want to get a quicker tempo going and I think it will be a lot easier to do this year with more bodies. That’s going to be something we really look to incorporate into the game.”