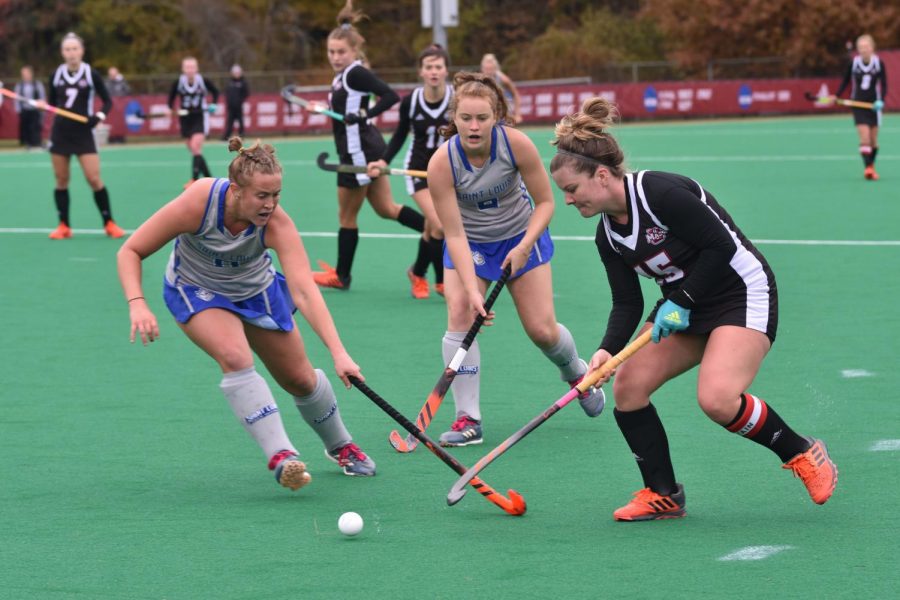 Back on Oct. 7, Virginia Commonwealth handed the Massachusetts field hockey team a 2-0 loss in which its leading scorer this season, Emily McNamara, scored both goals. Coming off a three-game winning streak in which the Minutewomen’s offense led three comebacks, they are confident heading into their bout against VCU in the semifinal matchup of the Atlantic 10 Championship Tournament, this weekend.

Friday’s game against the A-10’s second and third-place teams is expected to be close and will include a matchup of two of the best offensive players in the country: Antonet Louw and McNamara.

McNamara led the conference in goals with 25, while Louw ended just behind her at 22. In fact, McNamara also led the country in goals per game at 1.47. Louw’s mark was marginally smaller at 1.16.

Keeping McNamara away from the ball to limit her opportunities will be key for UMass (10-9,6-2 A-10) who will rely on the consistency and stamina of its defense.

“Over the course of the season [I have seen consistency from] Clodagh Moloney on defense… but the player that has really come on strong at the end of the season has been Mus Defauwes. She’s probably our most improved player this season,” coach Barb Weinberg said.

Moloney, a defenseman, and Defauwes, a midfielder, have earned their place amongst the Minutewomen as reliable stoppers. They have come in clutch during close games and will need to do the same to close down VCU and their star McNamara.

UMass’s own star forward Louw had an unprecedented five goal game against Northeastern to start the win streak, while Lucy Cooper – who finished the season on top of the A-10 in assists – scored four goals in her final four games. The Minutewomen have played well offensively and their leading scorers and playmakers are peaking at the right time.

“It has come at the perfect time… We have a lot of momentum going into our first game,” said Cooper of her team’s winning streak, “I want to play my best hockey. In these past three games I have gained a lot of momentum myself.”

Several players return from last year’s UMass team that lost in the finals, and the intention is to play the best hockey possible in order to avoid a similar outcome.

“We kind of need to redeem ourselves from last year,” Cooper said. “The freshman didn’t have that feeling last year but it was the worst.”

With every goal being magnified in the playoffs, it is safe to say freshman keeper Johanna von dem Borne might have the most pressure on her as a first-year goalkeeper for the Minutewomen. Borne started every game of the season and led the conference in saves with 112, 10 more than the next in line.

Many of those saves aided in winning close games for UMass, so the pressure will only expand in the playoffs. However, it is not certain whether her or backup keeper Megan Davies will start on Friday. Davies’ minutes per game have increased toward the end of the season.

If the Minutewomen can make it past the semifinals, they will play again on Saturday for the Championship and have an automatic bid into the NCAA tournament.