Senior Andy Isabella looks to build upon impressive first half 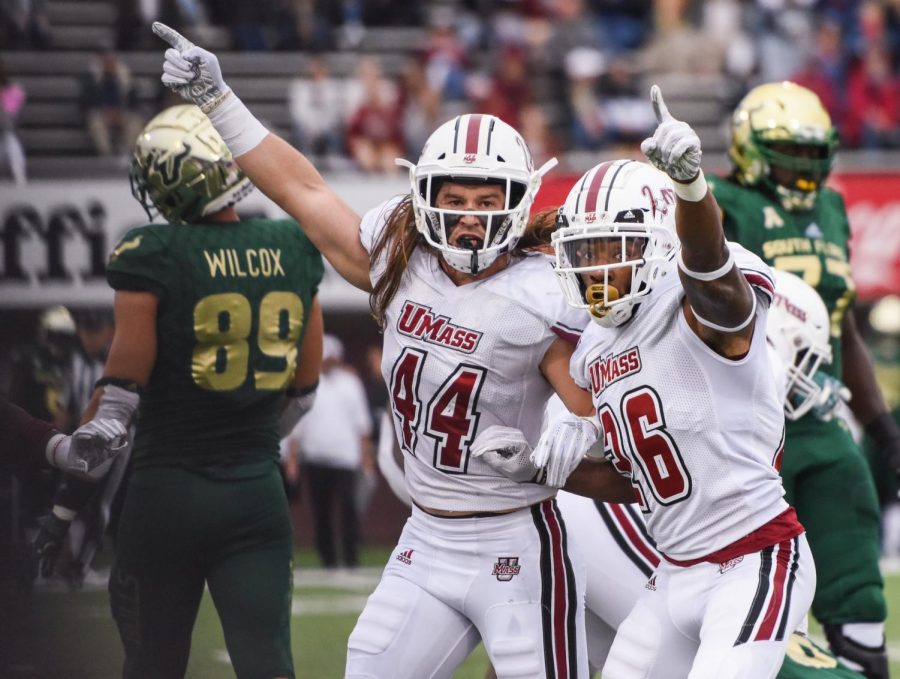 The Massachusetts football team returns from its bye week to host Coastal Carolina, this Saturday at McGuirk Alumni Stadium.

UMass (2-5) sees its head coach, Mark Whipple, return to the sidelines after serving his suspension against South Florida.

“Last year, they kicked our rear,” Whipple said. “We didn’t play very well, it wasn’t a good trip. I thought we were out of sync on both sides of the ball and they made plays.”

The Minutemen lost to the Chanticleers (3-3) 38-28 last year in South Carolina.

UMass hopes to turn its season around with the start of the second half of the campaign against Coastal.

Isabella’s first half was one to remember. After six games he’s second in the nation in receiving yards per game (119.9) and is tied for second in receiving touchdowns with eight.

The Mayfield, Ohio native is at 839 receiving yards to this point and is on pace to finish out his career with his best statistical season of his college career.

Despite that, Isabella still expects more from himself.

Over the bye week, No. 5 said he returned home and got to watch his brother, who’s in high school, play at his alma mater and enjoyed the week to himself.

“I think it allowed us to clear our minds and help us to just get ready for this weekend,” Isabella said. “A bit of relaxing time and [time to] get our mind off of football and come back and start a new season, basically.”

Gaining yards in the air hasn’t been much of a problem for the Minutemen as they have accumulated 1980 passing yards while the opposition has managed 1572 yards.

The problem has been on the ground as UMass as been outrushed 1905 yards to 922 by its opposition. With Marquis Young sustaining a heavy hit against USF and Whipple not giving much of an update to this point, it may not be improved upon this weekend.

The Chanticleers will trot out Marcus Outlow in their backfield. The running back has 533 yards and seven rushing scores in six games.

Quarterbacks Kilton Anderson and Bryce Carpenter have split time under center for Coastal with Anderson posting the better numbers with 564 passing yards and six touchdowns.

Returning from a week with no action, both Isabella and Whipple agree a solid start will help shake off any rust built up over the previous week.

“You always want to start fast and besides the South Florida game, we have,” Whipple said. “That kind of goes back to things we can do better.”

“I think it’ll be huge,” Isabella added. “It’s basically like the start of a new season, like we get that first win, we get things rolling hopefully.”

“It’s my last five games of my career if we don’t win four so yeah, I’m gonna try and have fun with it and get some wins.”