Students work to support those affected by tragedy 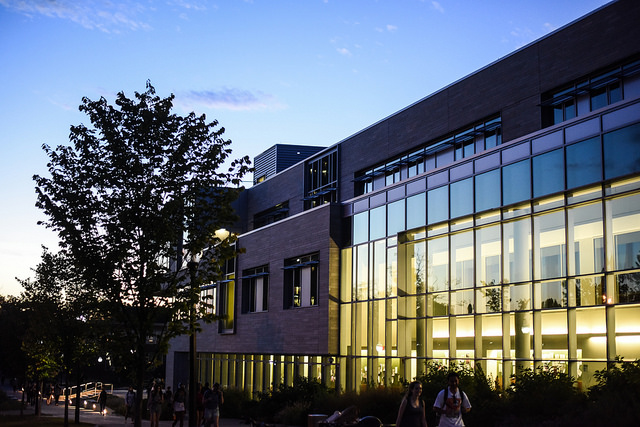 The University of Massachusetts Medical Reserve Corps is raising funds for the Greater Lawrence Disaster Relief Fund – a collection created to support families affected by a recent series of gas fires in the area.

On Sept. 13, a number of natural gas explosions and over 60 resulting fires rocked the towns of Lawrence, Andover and North Andover in Massachusetts, leaving one person dead and dozens injured. A federal investigation concluded the explosions were caused by a high-pressure gas main belonging to Columbia Gas of Massachusetts.

In the wake of this devastation, UMass students are looking to help those who are most in need.

The MRC is a group that works nationally to educate the public on emergency safety and personal preparedness. Nazifa Ibrahim, a junior public health and English major and the community outreach coordinator of MRC at UMass, is from Andover, one of the towns hit hardest by the fires. She said one of the biggest things she has felt after these events is frustration.

“I’ve been working closely with Lawrence General Hospital since December of last year, so I know the type of population that walks through the doors of the emergency department every night,” she said. “The disparity in socioeconomic status between Andover and Lawrence is incredible – the two areas are right next to each other, but Andover is one of the wealthiest places in the state, while a third of Lawrence lives below the poverty line.”

Ibrahim said she believes this makes a world of difference in terms of how different areas are able to recover. Those places that have the resources “make a much better recovery in terms of residents having adequate food, water, shelter and electricity, while other places don’t fare as well,” Ibrahim said.

For students like Ibrahim, these fundraisers help lift spirits by making a positive impact close to home. “Knowing our funds will go to those residents who may not be able to help themselves right now has definitely made me happier about the recovery efforts there,” she said.

The Medical Reserve Corps not only raises funds for disaster relief, but also volunteers with local organizations and works to prepare communities for emergency situations. MRC President Etana Handelman, a senior microbiology major, explained her belief in the importance of these workshops.

“Here on campus we run different trainings such as CPR, fire safety and tourniquet training,” she said. “We also have experts in the field talk to club members about different public health issues such as opioid addiction and tick-borne diseases.”

Hunter Herron, a senior public health major and a member of MRC, said that in addition to the public trainings MRC does, the group is also looking to work closer with residential life staff on the UMass campus. By working directly with residential advisors and peer mentors to run workshops, MRC may be able to educate a greater number of students.

The Medical Reserve Corps will continue to fundraise in the following weeks, selling apple cider donuts in the Campus Center on Oct. 18 and 23.

Rachel Swansburg can be reached at [email protected]