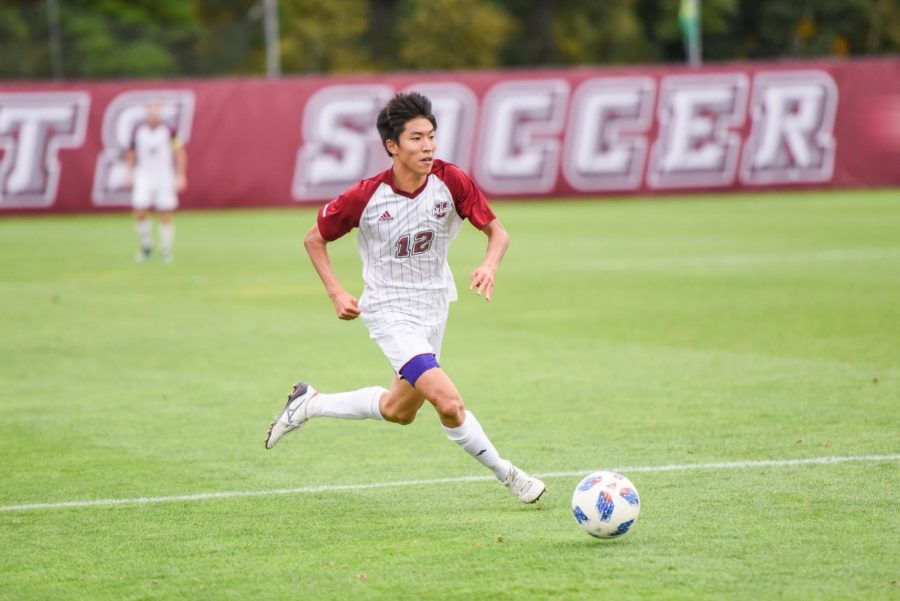 In an up-and-down season for the Massachusetts men’s soccer team, experience is rising to the top.

With just three games left to play, UMass (6-6-2, 2-3-0 Atlantic 10) has continued to shuffle around its starting 11, but it seems like coach Fran O’Leary has decided to put his trust in those who’ve been through it.

The lineup has been much less consistent than it was a year ago, but this group of veterans appears to be O’Leary’s final setup.

“These guys want to play more,” O’Leary said of his seniors. “They’ve got three [regular season] games left in their college career, and they’re fighting to see an extra game. They’ve given us great service over the years, and we’re going to put it in their hands.”

If the win over Fordham wasn’t a do-or-die moment for UMass’ season it was close, and the Minutemen finally have the boost of confidence they’ve been looking for since the conference schedule opened.

“You become confident when you go on the road and can beat a [team like] Fordham,” O’Leary said. “I think we’re pretty locked in. We’ve got three games to go. We started eight seniors, many of them have been here three, four years, they’ve given us great service, they’ve taken us to three conference tournaments in three years, and now we’re asking them to get us across the finish line by winning two of the last three games.”

O’Leary said he’s not expecting many changes to the side when Davidson (7-4-1, 3-0-1 A-10) comes to town on Wednesday, with UMass looking to get one foot in the A-10 tournament door with a home win.

“Some of the guys that have been here all four years can say we’ve gone to the playoffs each year,” O’Leary said. “That’s a terrific level of consistency if we can accomplish it, so we’re pretty much locked into the group we have now, and it’s for these older guys to carry us across the finish line and get us into the conference tournament.”

Brown hasn’t been with the program all four years — he transferred to UMass after three years at UConn — but he’s made a massive impact this year, leading the team with eight goals, the second best mark in the conference.

Brown has four goals in his last three games, and after scoring against Rhode Island last week and firing home the winner against Fordham over the weekend, he was named A-10 Offensive Player of the Week on Monday.

“DeAndrae’s been terrific,” O’Leary said. “Everyone focuses on goals, and obviously goals are so important, but the work ethic of both DeAndrae and Jack [Fulton] at Fordham was immense. They covered every blade of grass, they competed for every ball, they were a good outlet for the team, they started our defending from the front and obviously [Brown] got a very important goal.”

Fulton, another senior, played a major part in Brown’s goal on Sunday, which may be the most crucial goal the Minutemen score all season. Fulton’s run pulled a defender out of position to free up space for Brown in the middle, and picked up an assist for his troubles.

“Jack made what we called a sacrifice run, Jack and Davis [Smith] both made great runs that allowed the ball to fall to DeAndrae,” O’Leary said. “If Jack and Davis have not made the run, the ball never falls to DeAndrae, so it was a real team goal.”

O’Leary won’t name his matchday squad until Wednesday, but the team sheet is sure to feature experience in droves. It’ll be 11 players who O’Leary trusts to work for the team and keep a level head, with the stakes beginning to rise and the season coming down to the wire.

“The focus for us is to get a clean sheet and put on a resolute performance,” O’Leary said. “The most important thing going into these games is ourselves. We’ve got to focus on ourselves. If we can bring the same level of mental and physical toughness, resiliency and work ethic that we showed against Fordham, we’ll stand a very competitive chance at getting three points.”