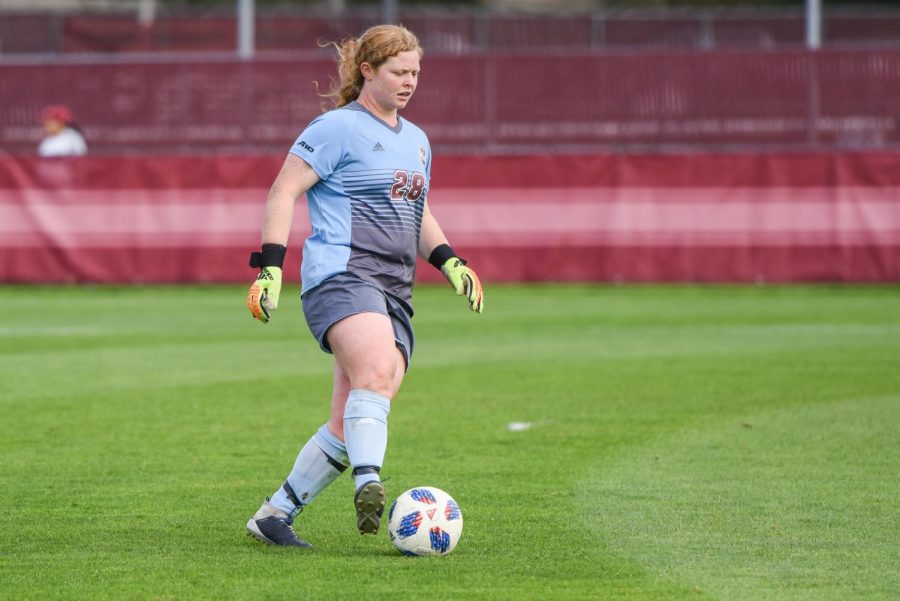 The Massachusetts women’s soccer team faces one of its toughest tests of the season so far when the team takes on Saint Louis Thursday afternoon at Rudd Field.

“We’ve watched a lot of their recent games,” said UMass coach Jason Dowiak. “They lost to Vanderbilt and Kansas and we’re trying to dissect why. [We’re] looking at the goals they gave up, looking at the spaces that they give up. I feel like it could be a really good match. They try to play a similar style to us and I feel like if we can maintain possession then we’ll be really successful in the game.”

UMass is coming off a 1-0 defeat at home to Virginia Commonwealth where it had plenty of opportunities to score, but failed to convert on nine total shots. The Minutewomen must continue to get shots on net early and often against the Billiken defense that has allowed just one or fewer goals in their last nine contests.

“I think it’s just the nature of the season,” said Dowiak about taking advantage of scoring opportunities. “We were scoring a lot of goals early, it was coming easy. I don’t think it’s a lack of confidence, I think it’s just the intent in the final moment. We talk about championship details, a term that Marsha [Harper] coined for us, and the attention to detail is just a little off right now. We’ve been working a lot on finishing in training so hopefully we can get out of this little bit of a lull we’ve been in.”

On the other side of the ball, the Minutewomen defense has been strong all season and hasn’t given up more than one goal in their last 12 games.

“Peyton [Ryan] is a mature goalkeeper,” said Dowiak. “I think because we try to control the ball, we don’t give up a lot of really good chances. But Peyton has made some unbelievable saves when she’s had to. And then Jenna [Thomas] and Dani [Sclafani] and Mollie [Williams] and Hrefna [Petursdottir] and Nissa [Pereira] are just great with the ball so that limits chances as well.”

With ninth-place La Salle being seven points behind the Minutewomen with only two games left to play, UMass has clinched a spot in the A-10 tournament. However, the Minutewomen would love nothing more than to pick up momentum heading into the bracket.

“We look at Saint Louis and say, ‘can we ruin their day,’” said Dowiak. “The goal is always to not let anybody get through unblemished. As for Dayton, they’ve been a thorn in our side for two out of the last three years, knocking us out of the conference tournament. Nothing against their team but it’d be nice to return the favor and knock them out for a change.”

Kickoff against Saint Louis is set for 3 p.m. on Thursday afternoon.

Ethan Nash can be reached at [email protected] and followed on Twitter @ethan_nash15.