The Minutewomen have had 10 different players score goals this season 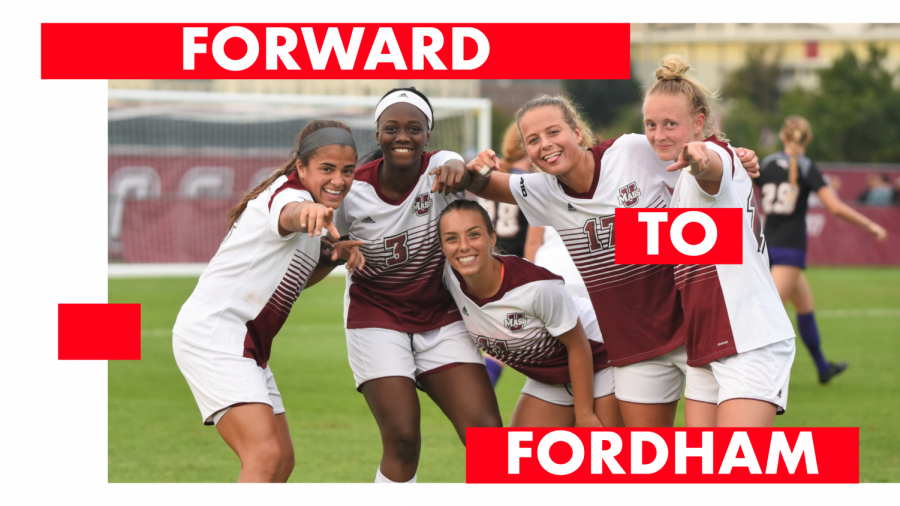 In a year where defense has been highlighted as the reason behind its success, the dominance of the Massachusetts women’s soccer team’s offensive attack cannot go unnoticed as the Minutewomen look to extend their winning streak to nine on Thursday at Fordham.

Currently leading the Atlantic 10 in goals scored per game with 2.82, and sitting second in shots per game at 19.5, the Minutewomen (9-2, 4-0 A-10) have been able to maintain a consistent, aggressive and dominant attack all season long. With its upcoming matchup against Fordham (7-5, 4-0 A-10) on Thursday, the Massachusetts team will look to continue its offensive dominance versus a Rams team that has won six games in a row.

“I think we’re just blessed to have a lot of talented players that are gaining more confidence when they get into situations and opportunities to score,” UMass coach Jason Dowiak said. “We got blessed to inherit a really talented group of technical, crafty, individual players that are working well together now to make it easier for each other.”

The talent amongst the UMass scoring threat has come from all parts of the field. Ten different Minutewomen have scored goals this season, including forwards Rebeca Frisk and Lauren Bonavita, who have led the offensive charge with six goals apiece on the season.

Dowiak credits the offensive success to their ability to keep the ball at their feet. By not allowing opposing offenses opportunities with the ball, UMass has been able to control games at their own pace.

“We have in just about every game, I wouldn’t say dominated possession, but we’ve definitely had more possession than our opponent,” Dowiak said. “Our possession is purposeful — we work on not just playing keep-away, but finding ways to gain possession and break different lines within our opponent’s formation in order to keep possession higher on the field. The last week or so, it’s really been focused on our patience in the final third to maintain possession, and then creating good chances.”

The Rams have done their diligence in denying opposing offenses, allowing just 0.81 goals per game and giving up just one in four conference games.

The focus for the Minutewomen on Thursday, as usual, is to play their game. Much of the success for UMass has come from preserving its attacking style from game to game and working the ball as a unit.

“They’re playing with a lot of creativity and confidence,” Dowiak said. “Players are not just moving to get on the ball but they’re moving to create space. I’d say that our creative movement off the ball is why we’ve been so dangerous.”

Their ability to sustain possession in their relentless offensive attack has given the Minutewomen flexibility on the field. By controlling the ball in the offensive third so often, UMass has even been able to get its defenders in on the attack, as was the case in the victory at La Salle on Sunday.

“We don’t even talk to our team about who our defenders are versus who our attacking players are,” Dowiak said. “Everyone has the job of being in the right position to regain possession when we don’t have the ball and defend as a unit and when we do have the ball, to maximize space and get into positions to help. We got our defenders, by position Dani [Sclafani], Hrefna [Petursdottir] and Nissa [Pereira], more involved in the attack in a game that you wouldn’t necessarily expect from a team that’s quite offensively direct.”

Kickoff is slated for 7 p.m. in the Bronx with a pair of lengthy winning streaks on the line.