What is a day without music? 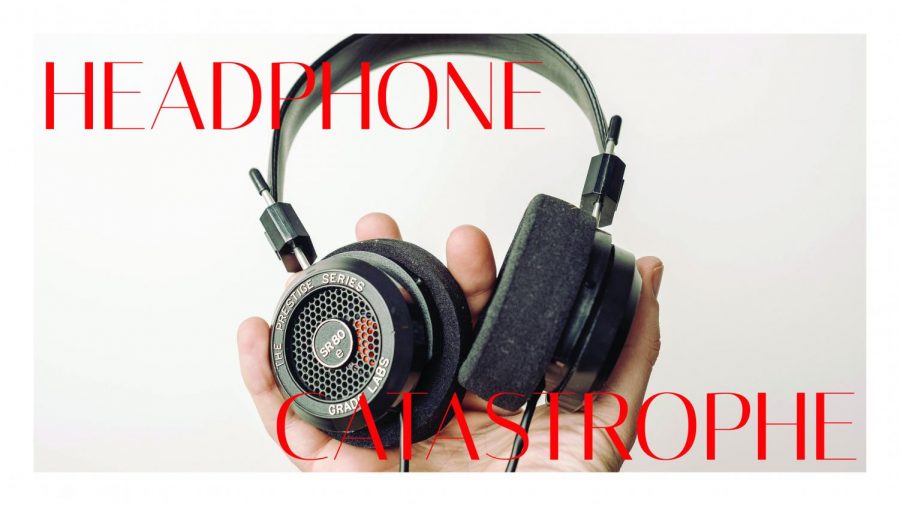 It’s a Monday and just like everyone else, you’d rather not get up at 8 a.m., or get up at all, really. But just like everyone else, you have to put yourself through a Monday to get through the rest of the week. After dragging yourself through the cold hallway to fix yourself up in the bathroom and get dressed, you pack your bag, grab your phone and leave. While walking to Hampshire Dining Commons, you finally untangle your headphones from their jumble and pop them in your ears. You open Spotify and pick one of your daily mix playlists. You hit play and slip the phone into your pocket.

You grab your phone and look to see if maybe you didn’t hit play but, looking down at your phone, you see that the music is playing, you just can’t hear anything. For a minute, you wonder if you’ve finally gone deaf, but that doesn’t make sense. Because you can still hear everything else. But, if you’re not deaf….

You wake up the next morning to the sound of your alarm and begin to get ready for the next day. As you leave you reach for your headphones and stop, remembering that you have no headphones. You threw them away in impulsive frustration as soon as you realized they were broken. Last night, you frantically searched Amazon for a decent replacement pair, only to find that they wouldn’t come in until Thursday. Okay, just have to make it to Thursday. So, you walk into campus with nothing to keep your mind occupied but your own thoughts (even more dangerous than hearing nothing).

You get to Hamp and stand in the omelet line waiting your turn and, with nothing better to do, you listen:

“And he would not stop talking! All night long, to whoever, probably his girlfriend, on the phone. I think it was maybe 2 a.m. when he either stopped or my body gave up trying to stay awake out of pure exhaustion. And as usual my useless RA happened to not hear anything, but I laugh a little too hard one time and he’s banging on my door in two seconds.”

“I know! I moved to Central this year, that’s why. No one wants to walk up the hill to Greenough and it’s not even that bad!”

“Don’t you dare make me go to the gym with you this early again. I didn’t deserve this.”

“Next! Alright sweetie, how do you want this omelet?”

Absorbed in the conversation of others, you didn’t realize your body had shuffled of its own accord closer to the omelet line, so you quickly recite what you want and move along. When you sit down, ready to devour your omelet, you realize another thing you can’t do without headphones: watch YouTube. Unless, you know, you want to be that person – the one who can’t possibly imagine why no one else wants to hear what they’re watching or listening to. Sighing, you scan through Instagram and the occasional Snapchat article but other than that, you eat in relative silence. With nothing else to keep your attention, you walk to class early.

It’s a nice day out, but you have no soundtrack to enjoy it with and to occupy your mind as you walk to class and ignore the rest of the world while simultaneously observing it. Instead, you hear the faint music from cars as you cross the street, or the whir of bike wheels from behind you, the wind cutting your face as the bikes whip past.

“Do you want to go to the SI session with me tonight? It’s only two hours long…”

“My roommate’s going home for the weekend … so do you want to come over then?”

“He invited her to the party, but she literally flirted with every other guy but him. A true tragedy…”

“She made us run, like, 20 extra laps for the cool down and I’m exhausted…”

“I have to go to BASICS now because the cops caught me with a beer when that party got too crazy.”

“Don’t you have to pay a fine or something?”

“Yikes. I feel bad but, better you than me…”

At least when you get back to your dorm to study, you can play music on your speaker but the feeling of having that crisp sound and perfect bass all to yourself just isn’t there.

Class was cancelled this afternoon, so you decide to treat yourself to a study session with a salmon poke bowl at Blue Wall. “How millennial of you,” is what your mom said after you explained to her three different times exactly what a poke bowl is. Truth be told, you came to Blue Wall because they play music, although whoever is in charge of the playlist clearly stole it from Spotify’s top hits of September last year and never bothered to update it. Is this how desperate you’ve become, so musically deprived you’ve settled for overplayed summer hits?

As you walk out of Blue Wall, you find yourself face-to-face with your worst nightmare:

“Hi! Could you take a moment to hear about our organization to help save the planet?”

It’s not that you have anything against these people, you just hate how guilty you feel about completely ignoring them or, even worse, telling them no. Imagine how that sounds: “No, I don’t want to hear how to save the planet because I don’t care.” What kind of monster does that make you? Normally you’d have your headphones in, so you look less approachable because they think you can’t hear them, but now your only line of defense is gone, so the next step is only logical:

You turn on your heel and leave through the back exit, acting as if you’d forgotten something back at your table.

The universe has decided to punish you even further by delaying the delivery of your headphones to Friday. Whatever you did in your past life to deserve this must’ve been unforgivable, which means you have another day of going insane and listening to other people’s conversations. Although you’ve found that these have gotten more interesting as the week has gone by. But who cares about all that?

You want – you need – your music: something for your brain to enjoy before you sit through another lecture given by a professor who talks too fast, too much and doesn’t put the slides on Moodle because they think it’s cheating.

“And we just sat there talking all night and then it was going on one in the morning and my roommate hadn’t come back, and I just decided to go for it and we were kissing…”

“Every time he gets drunk, he hits me up at all hours of the night.”

“Why? Ugh. Guys like that are so annoying. They only want you when they want you. I’m so glad you broke up.”

“And she just doesn’t know how to apologize for anything, and honestly it’s looking like we’re going to have to have some kind of intervention because she’s out of control.”

“What happened this time?”

“I’m. So. Tired. My roommate’s friends came into our room last night and wouldn’t leave until like 3 a.m., even though I made it very clear I was trying to go to bed.”

“What, were they raised in the wild? You should bring that up when you talk to her, along with the alarm thing, because she’s getting worse and worse by the minute…”

“Someone threw up a little in Jenna’s hallway last night. It’s not even the weekend – people need to chill out…”

And that is how your day goes as you count down the minutes until you finally have headphones to block out all this noise. You bolt out of your last class to the Amazon Center, trying not to drop your phone as you pull up the locker code.

You try to slow down to make yourself look a little less desperate, dulling the crazed look in your eye that’s developed over the past week since you’ve been unable to listen to music. Snatching the small package out of the locker, you dart to the nearest table in Blue Wall, ripping the package open. You handle the new pair with unmatched care as you unravel them to plug into your phone.

You pull up Spotify and play any random song – anything to get you back to sweet sanity.

Darianna Young can be reached at [email protected]