Why can’t there be two female rappers in the game?

Beef between Nicki Minaj and Cardi B sparks talk of sexism 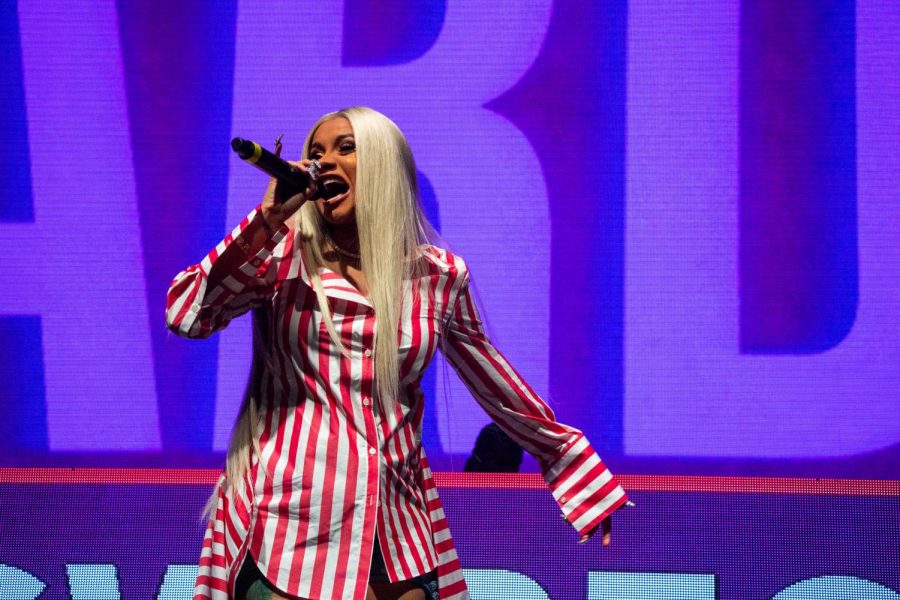 After Cardi B’s recent outburst toward Nicki Minaj at the Harper’s BAZAAR ICONS party on Sept. 7, 2018, there has been discussion about why two female rappers cannot coexist.  From the minute Cardi B entered the rap game with her hit single “Bodak Yellow,” tension has supposedly been building between these two women based on speculations on the internet. However, it’s not necessarily because these two women want to compete with each other. Rather, it’s due to the music industry’s history of pitting women against each other while only leaving space for one woman to be successful in hip-hop.

About a year ago, when rumors of beef between Minaj and Cardi started, both women attempted to shut critics down and show that they weren’t looking to be compared or have any “industry beef.” On June 19, 2017, Cardi B tweeted: “Don’t compare don’t put me against no other artist I am CardiB & only CardiB I’m in my own lane and I’m rapping because I LOVE TOO [sic].” Then, a few months later on Sept. 17, 2017, when Cardi B topped the charts as the first solo female rapper since Lauryn Hill, Minaj congratulated her by tweeting, “Congratulations to a fellow NEW YAWKA on a RECORD BREAKING achievement. Bardi, this is the only thing that matters!!! Enjoy it.”

Despite the two rappers’ efforts to show their support for each other, the internet continued to share stories about a fight for entertainment. Specifically, when the two women released a song together with Migos, “MotorSport,” there were several rumors going around that before Cardi B was added to the song, Minaj had written a verse dissing Cardi. Supposedly, the line that is now, “If Quavo the QB, I’m Nick Lombardi” was originally “If Cardi the QB, I’m Nick Lombardi.”

Later via Twitter, Minaj revealed that she changed the verse per request of her label, Atlantic Records. Additionally, the two women do not appear in any scenes together in the music video. Minaj claims this is because of a prior conflict with her hairdresser; however, this sparked a lot of speculation among fans about conflict between the two rappers.

All of these rumors of beef between Minaj and Cardi reached a climax on Sept. 7 when Cardi confronted Minaj at the ICONS Party. According to a PEOPLE Magazine insider, Cardi approached Minaj during the Christina Aguilera performance and it looked as though the two women were going to “hug it out.” However, Cardi began screaming something about her child and threw her shoe at Minaj to try and break through Minaj’s eight bodyguards. She was then escorted out of the party with a large lump on her forehead.

This altercation between Minaj and Cardi has instigated the hip-hop industry to reflect on the history of females in hip-hop, and it has awoken people to the fact that sexism has plagued the industry for years. This sexism is reflective of the sexism that goes on in all workplaces throughout the United States. According to research conducted by the Harvard Kennedy School in 2015, “Men behave in a sexist manner towards women in order to remove them from male-dominated spaces, regardless of social status.” The hip-hop industry has always been a male-dominated space, so men have manufactured arguments between female rappers over the years in order to try to limit the female presence and maintain male control over the industry.

Men in the industry are not pitted against each other like this. They’re able to collaborate on songs together, go on tour and even openly be friends, whereas females are made to compete for what seems to be the only spot in the industry for a female rapper. Hip-hop critic Elizabeth Mendez-Berry says the belief that “there could only be one dominant woman started way back when.” She continued, “There was a strong sense that there was only room for one woman in the game at any given time.” This is why when Cardi entered the industry, everyone assumed she was after Minaj’s place as the female rapper of the industry. However, based on what Cardi has shared, this was not her intention – she entered the industry because she loves to rap and that is all.

Women are encouraged to stay separate from each other in hip-hop; however, maybe there would be more success if they were encouraged to collaborate and work together like men do. Just imagine the music these strong females could create and share with the world if there wasn’t the precedent that there’s only room for one.