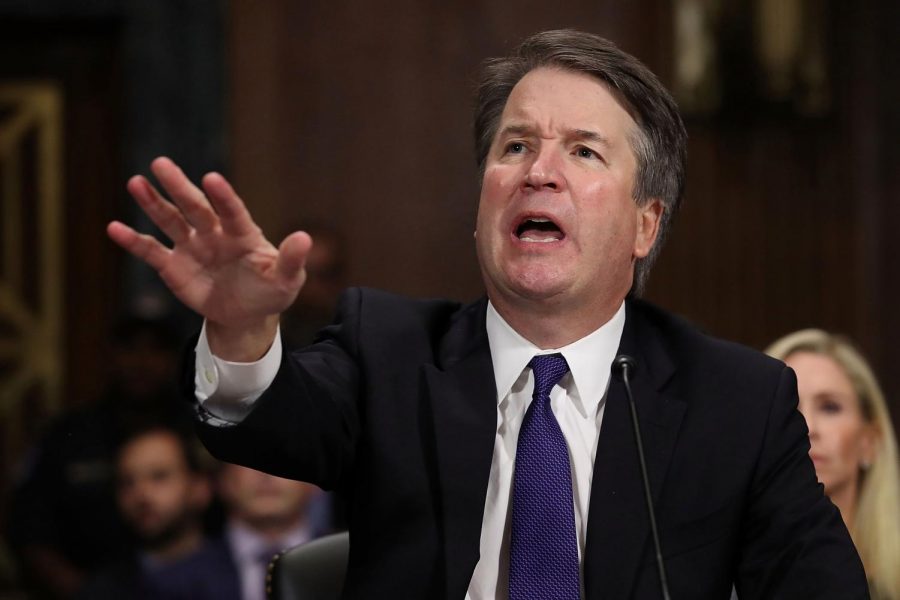 In 2017, The New York Times reported on over a dozen women bravely stepping forward to make public their experiences of sexual assault with one highly regarded film producer, Harvey Weinstein. After the article, several more women accused Harvey Weinstein of sexual assault, all of which he denied, and subsequently, he was expunged from the film industry, left by his wife and later arrested.

After the Weinstein incident, a fire was lit within women nationwide who had also been quietly living as sexual assault survivors. The “#MeToo Movement” was created to fight sexual assault and harassment, and suddenly men were constantly called out for their actions; one of whom was Sen. Al Franken, a former Saturday Night Live writer turned Minnesota senator – a man I considered a personal hero who carried a sense of elegance with him in Congress. Another man who was called out was comedian Louis CK, a man I regarded highly for his unique sense of humor. Chef Mario Batali was also accused of sexual harassment; yet another individual who I could not help but respect for his simplistic yet amazing approach to food and cooking.

I could go on for pages listing all the men I looked up to who were called out by the #MeToo movement. In just a few short years, dozens of my boyhood role models were dethroned from their high status, and rightfully so. At first, I was upset by the accusations and response from the masses. Everyone had immediately disregarded their work and shunned them from society. I had an internal crisis searching for how to feel about these men. I was stuck in a state of moral confusion. But over a great period of pondering, I have since reached clarity on the subject. I realized that like myself, many other young men my age were, or possibly still are, also figuring out how to deal with the subject. This should not be a “scary” time for young men in America, as President Trump suggests, but rather a chance for the young men of America to redefine ourselves.

The #MeToo movement has bestowed my generation with the gift of accountability. The days of powerful men using their position to victimize women are not by any means behind us, but as a culture I feel we are moving toward it. The recent norm of holding men accountable for their actions has fostered a new sense of timidity and self-awareness in American Millennial and Generation Z Men. A recent poll done by The Economist found that young American men were the least tolerant of sexual harassment compared to the men of four other western nations. Another poll by NBC News and The Wall Street Journal discovered that 49 percent of male respondents had thought about their actions regarding women in the last month because of the news. These polls signify that the #MeToo movement is literally changing the modern American man for the better. This time around, he’s respectful, he knows what sexual harassment is, and he doesn’t want to offend you – however, he does suck at flirting. Our new modern man’s timidity and general frightened state all but surround interactions with women. Many predict this will account for a further decline in the amount of sex millennials have, which is already at about a 14 percent drop since the 1990s.

I would like to note that our society is still leaps and bounds away from reformed. This is exemplified in the recent Senate approval of Judge Brett Kavanaugh for Supreme Court Justice, a decision coming just about a week after Dr. Christine Blasey Ford’s teary-eyed testimony accusing Kavanaugh of sexual assault. This was a historically sad day for the #MeToo movement, as well as the United States of America.

To again refute the president’s statement, I am not scared to be a young man in America, but rather upset to be a young man in America. While I cannot speak on behalf of my other fellow young men, I am not afraid of being accused of sexual assault, I am afraid that someone as powerful as you thinks that I would be. I am also scared that you have approved of a man to sit on the Supreme Court whose character can even be put into question. Alexander Hamilton stated in Federalist No. 78 that there is but a small number of men who possess the required integrity and knowledge to sit on the Supreme Court. I am scared because our government believes this small number of qualified men includes a self-proclaimed “loud, obnoxious drunk” with a history to confirm it.

On the contrary, I am hopeful for my generation of men, and generations to come. Our behavior has already shown signs of turning, and with a continued stimulation of the #MeToo movement, men are more likely to become even further accountable over time. So, I challenge my male readers to call out our brothers on their actions. Sexual harassment and assault can be amplified by hypermasculinity and contributing to a culture is just as bad as living it yourself. Though it may be difficult, do not stand by while something you know is unjust is occurring. To do so is to associate yourself with the Weinsteins, the Cosbys and the Kavanaughs of the world. Whispers of cultural “hypomasculinity” seem to be surfacing themselves, and we may want to welcome them with open arms – if they’re okay with that.