Live each moment as though it were your last 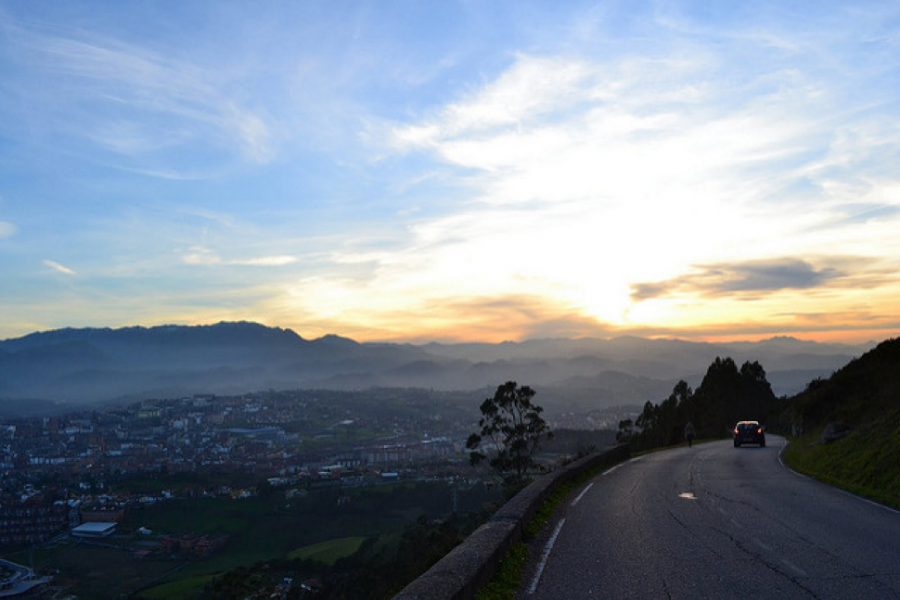 “I’m staring at the ceiling.
The clock, it won’t stop ticking.
I feel like I’ve been sleeping for too long now.
It’s like my heart stopped beating,
And now I’m hardly breathing,
And I’m afraid of leaving, scared to break down.”

Have you ever looked out the window of a car, watching in silent content at that never- ending road as the verdure outside continues to rush past the glass in a blur of green?  Have you squinted up at that shining sun which casts a golden hue upon your over sensitized flesh, warming your skin straight down to the bone?

Did you take a deep breath, staring at the scenery outside moving too fast for comfort, wishing for the world to spare your eyes a moment to take in all of its beauty without the added drawbacks of a hasty retreat?

How about wanting to push the pause button on that stretch of sunlit suburban road?  To stop in the middle of that highway, flicking on a foot tapping tune that causes your heart to pound in ecstasy and your soul to burn in euphoria?

He pushed his hair out of his eyes, staring up at the constellation of stars which glowed a pale green, hovering just a few feet above his head.  They had been stuck onto an ivory colored backdrop in a manner which could’ve only appealed to a child.

A nostalgic repulsion filled the boy’s lungs as his eyes fell upon a stuffed Teddy, worn with age, seated upon a twin-sized bed.  His mind flitted to a memory of his mother handing him the toy, her rosy lips whispering a soothing, “Play with Teddy until I get back. Momma loves you.”

Eyelids shut as the recollection came to a halt, a burn of tears in the back of eyes much wiser than the once eight-year-old’s who had believed every word his mother had said.

He turned his head to the side, catching sight of the wooden door to his left whilst whispering quietly under his breath, “What am I even waiting for?”

They say that we all wait for opportunities to come knocking at our doors. We wait for success, expecting it to be right around the corner. We wait for the destination, wishing the climb was over in a snap. We even wait for reality to sink in, so that our imaginations don’t run wild.

But is waiting really worth the while?

Suddenly life isn’t all about the wait.

Hope. He was waiting for Hope.

He wished Hope could’ve knocked on his door, came in and helped him cook a meal, and then shared it with him as they sat on the couch, talking as if there were no tomorrow.

He wished Hope would’ve laid her hands upon his shoulder, looked him in the eye and told him that she was there to listen when he asked her why “he was doing all the talking?”

He wished Hope would’ve told him who he’d be today so that he could go through the pain of yesterday knowing there would be a better tomorrow.

Sometimes, he could only wish Hope was watching, leaned up against the doorframe and maybe he just couldn’t see her.

Stop measuring life by that ticking clock which hangs above your doorframe. Instead, start measuring it by the moments that matter.

By the music box that plays on your dresser every morning, waking you up to a rising sun. By the breeze that blows your hair back while you hike through the woods as a shower of rain drenches your being to the core. By the necklace lost on that Paris getaway, leaving you heartbroken as you waited for a date that never showed up. By the laughs that rang out on that Venetian Gondola ride, as you struggled to get out of the rocking boat without doing a face plant in the water.

By the smiles, the heartbreaks, the laughs and the sobs that wrench their way out of your lungs, leaving you emotionally exhausted but still satisfied in the strangest mixture of feeling.

“He pushed open that heavy teak door, feeling the sun warm his skin, a dazzling smile lighting his face as his feet sunk into dew covered grass.

A laugh bubbled out of his throat, excitement filling his veins as his eyes darted, taking in a world left to explore.”

From this moment on, stop ignoring and start feeling.

“The sun kissed his tresses as he drove his Chevy on that sunlit suburban road, feeling the breeze push back his hair and the warm breath of Hope emblaze his heart.”