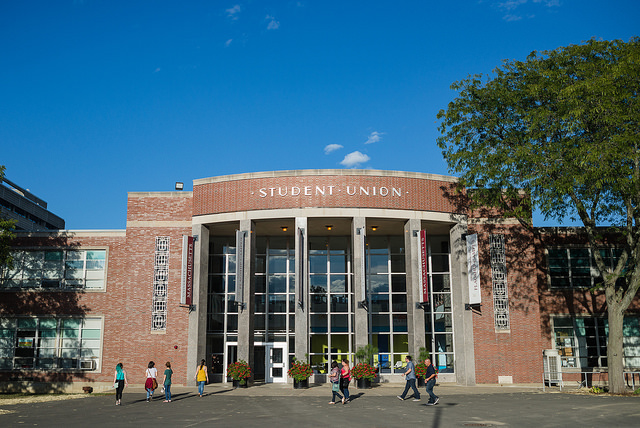 Located in the Cape Cod Lounge from 7 p.m. to 9 p.m., there were tables set up for members of both organizations to play and partake in the Halloween-themed activities.

This event is one amongst many that AASA typically holds several times a year where their general board members have a fun time and interact with the executive board members.

“Our Halloween event is an annual tradition that we do,” said Vi Vui, the event coordinator for AASA. “Members could come in, there is no commitment, and just play games and mingle. It is a nice break from our general board meetings.”

With a total of six tables, there were six individual games in which people could play free of charge. The winner of these games would then receive tickets that they could place into raffle jars to win gift certificates to local restaurants and shops such as Pita Pockets and Tutti Frutti.

Another game included a classic guessing game where participants would place two hands into a box and guess what the item inside was. The player who guessed correctly would be awarded a raffle ticket.

Alongside games were goodie bags, music and a photo booth where friends could take pictures in their Halloween costumes. There was also a table where, using all edible ingredients, one could craft their own “gravesite” that they could later eat.

Although this event was primarily centered around being a Halloween themed event, both the AASA and JSA still grounded themselves in expressing their cultures through the games.

“[The JSA has] a cultural ambassador who makes sure everything we do is somehow related to Japanese culture,” said Douglas Gray, the public relations officer for JSA. “For our chopsticks game, we had to run it by her, which she approved.”

The chopstick game is one where players rush to pick up the most beans within one minute and place it into their bowl. This is a game played in Japan and ties cultural appreciation and fun together.

“Watching everyone have fun and their E-board is a lot of fun because they always have a lot of energy,” said Monica Chang, a junior accounting major from the Isenberg School of Management who attended the event.

“Along with the music, those were certainly some highlights,” she added.

As this event included some traditional Japanese and broadly Asian games, the participants felt it was both a fun and educational event where everyone could mingle while engaging in some spooky activities. While only a few left with prizes from the raffle drawings, many others left with some knowledge of Asian culture and tasty goodie bags.

Clinton Nguyen can be reached at [email protected]