Journalists should work as reporters and columnists, not activists 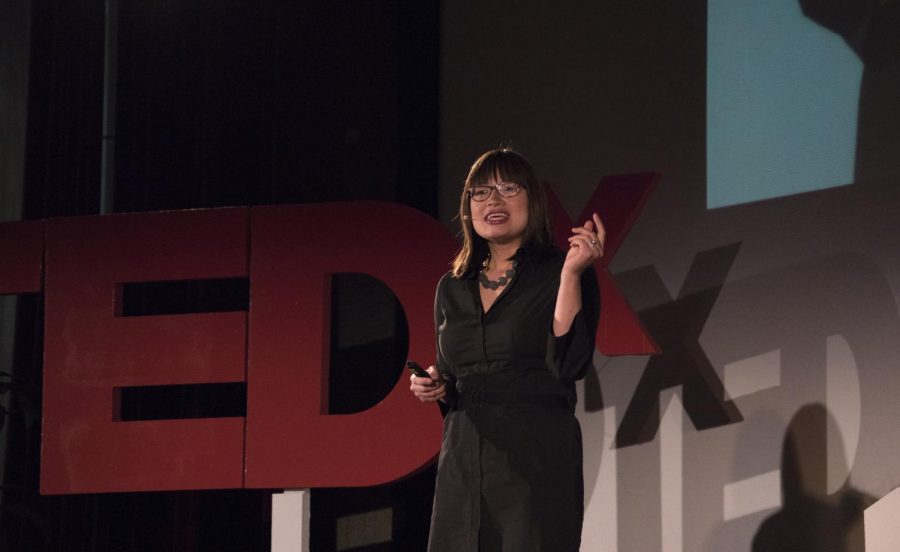 I can still remember my intro to journalism seminar at the University of Massachusetts during my freshman year when professor Karen List distributed social media guidelines for Associated Press reporters. One thing I was surprised to read was that writers who work for the AP should keep opinions on politics to themselves and off of Twitter and Facebook.

How could that be the case when so many sports writers I followed on Twitter were belittling the president or the Democratic nominee? Was I missing something?

Other rules I’ve learned in classes throughout my time here at UMass – and what might seem to be common sense do’s and don’ts for journalists – appear to be left at the door of some journalistic institutions.

A former Boston sports radio personality has been the subject of a Boston Globe editor’s alleged campaign to get advertisers to remove the station’s sponsorships, and the editor has taken a stab at his character as he heads out the door.

Kirk Minihane was the co-host of a popular sports morning show, “Kirk & Callahan,” on Sports Radio WEEI in Boston. The show was consistently on or near the top of the Nielsen ratings for target demographics, but Minihane has since been relegated to Radio.com to begin his own show starting in early 2019.

After battling chronic depression and suicidal thoughts, Minihane took a mental health leave from WEEI in September 2018. Ultimately, the two decided to part ways for good, Minihane citing a “difference of opinion” for that decision, as WEEI wanted more of a sports talk show for its morning drive program.

It’s not so much that WEEI decided to move on from Minihane that is disappointing. For years I was a loyal listener to the show before interning and occasionally producing when the big guns were on vacation. His voice will surely be missed on the station.

But my problem with the breakup is the external forces that expedited Minihane’s departure, which are concerning from an ethical journalistic standpoint.

Minihane’s opinions on sports were more sarcastic than sincere. He pledged to host in a tone that regular people use, talking conversationally instead of being your typical sports radio talking head. It’s what made him appealing and the show so successful.

But it did not come without controversy. Early in his career, Minihane was suspended for calling Fox Sports reporter Erin Andrews a “gutless bitch” for her handling of an interview at the MLB All Star Game in 2014.

That being said, his reputation has taken an even bigger hit in recent weeks.

Shirley Leung is the interim editorial page editor and former business columnist at The Boston Globe. She hasn’t been shy about her feelings about WEEI and Minihane. But after Minihane busted Globe columnist Kevin Cullen this past spring for fabricating details about his involvement in the Boston Marathon bombings, Minihane claims that Leung told him over the phone that she “[was] going to get [him] for that.”

This past February, Leung wrote a piece in the Globe titled “WEEI hosts peddle cheap and vile shock. It’s time to force a change.” The piece followed an incident when WEEI midday host Christian Fauria was suspended for using an Asian accent to impersonate Asian-American sports agent Don Yee. WEEI suspended programming for a day to host a sensitivity training session and Fauria was suspended for a week. Fauria also attended the annual Asian American Journalists Convention with Yee in August and apologized for mocking him.

But in her article, Leung called on advertisers to take their money elsewhere if station management couldn’t set the right tone.

Minihane claimed that not only did Leung call on advertisers to boycott their sponsorships on the station, but that she participated in it. Host of Greater Boston Jim Braude agreed with Minihane’s claim in an interview the two did on WGBH News last week, even though Leung is a regular contributor to WGBH.

Leung’s piece about Minihane’s departure two weeks ago did not cite his bout with depression that led him to take a mental health leave, nor did she call him for a comment in the story. Leung told Braude and Margery Eagan on “Boston Public Radio” two weeks ago that she thought it was better to deal with Entercom, WEEI’s parent company, than Minihane directly – except she allegedly felt the need to tell him she’d get him for what he did to Cullen to him directly without issue.

Leung’s opinion about WEEI is exactly that – her opinion. There should be no problem with an opinion columnist giving their opinion when it is backed with facts and reason. That’s fair game.

But when she writes that she is “worried” that Minihane will not respect the sensitivity training he went through after Fauria mocked Yee on his new platform, and that “for a Boston sports radio station that has become synonymous with racist and sexist banter, I worry the statement reads like a thinly disguised wink and nod to let Kirk be Kirk,” she is treading in murky waters. That is a hefty accusation to throw one’s way without the burden of proof, and not once has Minihane been punished for racist comments. And if what Minihane and Braude are claiming about Leung cold-calling advertisers and threatening them to remove ads from the station is true, are we past the point of calling ourselves journalists?

In classes I’ve taken here at UMass, I’ve learned to be an unbiased reporter. I was told you shouldn’t participate in rallies as a journalist. But if you’re allowed to do what Minihane is claiming Leung did – threatening advertisers to remove sponsorship on a station that has opinions with which you disagree – doesn’t that fly in the face of the amendment that journalists are all trying to protect?

If that’s the case, I have serious concerns about the field I’m about to enter after graduation.

Disclaimer: Kyle DaLuz is a part-time producer at WEEI.