Five successful women to look up to 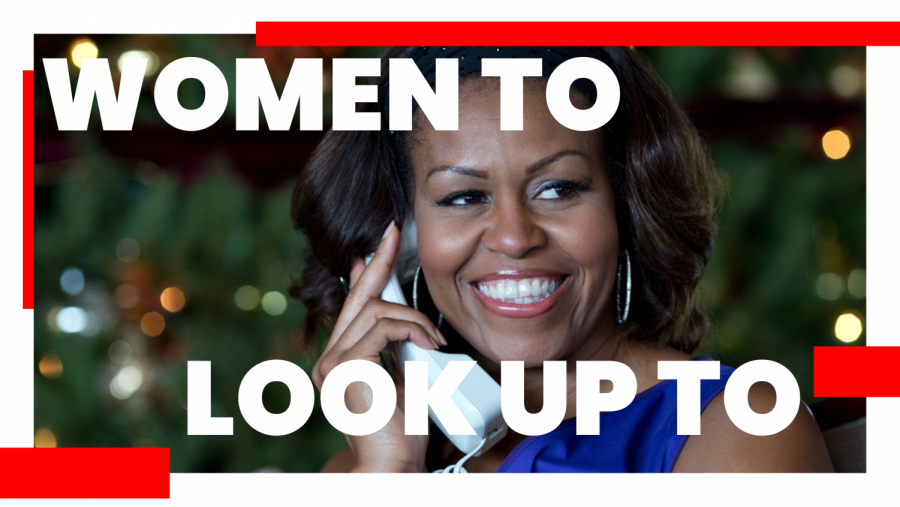 When thinking of inspirational women, Michelle Obama is one of the first who come to mind. Not only did she launch several influential movements as First Lady, but she had also built a name for herself separate from just being the wife of President Barack Obama. Obama grew up in the South Side of Chicago, the daughter of a city-pump operator and a Spiegel’s secretary. She was a very gifted student and went on to get a degree in African-American studies at Princeton University and later a law degree at Harvard University. When she met her husband, she was working as a lawyer at a firm in Chicago. Even before moving in to the White House, Obama was a dedicated public servant; she worked as the executive director for the Chicago office of Public Allies, and she worked to help young adults build meaningful futures working in the public sector. The goals of her work prior to Obama’s election are reflected in her main initiatives as First Lady: healthy families, service members and their families, higher education and international adolescent girls education.

Obama is passionate about helping young people improve themselves and assisting families to have a better quality of life. One of her most successful movements is “Let’s Move,” launched in 2010,”bringing together educators, medical professionals, parents and others in a nationwide effort to address the challenge of childhood obesity.”  So far this movement has already led to bills passed that promote healthier meals in schools and has encouraged children to be more physically active through different events and challenges hosted in association with the White House. Michelle Obama is an outstanding role model for young women today because she is a living example of a strong woman who pursues her own goals alongside her presidential husband. She is passionate about the work that she does and is continuing to make an important impact.

Lily Collins is helping to change beauty standards for young girls, and she is an advocate for inclusivity and self-love. Collins was raised in Los Angeles, the daughter of famous musician Phil Collins, so she grew up in the capitol of pressures from society for women to look a certain way. In her memoir “Unfiltered: No Shame, No Regrets, Just Me,” Collins provides a very vulnerable account of her experience with an eating disorder. She hopes that by sharing her honest stories of her experiences in her book, it will make it easier for young adults to talk about their lives and their own experiences with body insecurities. In an interview with Teen Vogue, she said, “I became afraid of not looking perfect. Now, I’m afraid of not living in the moment and embracing life and having fun.” Through her openness about her struggles, she is working to end the stigma around eating disorders. In addition to discussing her eating disorder in her book, she also starred in a movie about a young woman overcoming an eating disorder, “To the Bone,” directed by Marti Noxon. This film was a continuation of her work to open the conversation about eating disorders and show young adults who are struggling with these issues that they are not alone. In her work, she shows that recovery is possible and one can reach a point where they can enjoy life and stay in the moment.

Zendaya takes her position as a role model for young women very seriously; she refers to it as being a “real” model. She has been in the limelight from a young age, starting out as an actress on Disney Channel. More recently, Zendaya has built a successful career in the film industry starring in movies such as “Spiderman: Homecoming”and “The Greatest Showman.”With her platform, Zendaya advocates for body positivity and she encourages her fans to embrace their bodies. As a young woman herself, Zendaya is a very relatable role model because she understands many of the issues that young women face with their bodies and insecurities. She knows from experience that it takes time to learn to love your body and be confident in your own skin, but she challenges women to not give up on learning to love themselves. Zendaya is also very candid about her life. In  a Vogue interview, she said, “I try to be the best version of myself and hopefully inspire someone else to do the same, I don’t want to fake it.”

Having a role model who can openly talk about her own personal struggles is very inspiring to young women because it shows how even successful women, like Zendaya, have insecurities. In promoting body positivity, Zendaya fights for equal representation and inclusivity in Hollywood. As a young woman of color, she refuses to be defined by her race and she auditions for roles that are originally meant for white actors. By doing this, she is trying to prove that the default race for a role in a film does not have to be white.

Though she was not thought of as a role model for much of her career, Rihanna has been positively influencing young women’s lives for years. Not only has she helped women accept their bodies as they are, but she also challenges society’s standards of femininity. She has what may come across as a masculine edge, and she is not afraid to show her true self.

On top of being a chart-topping pop-star, Rihanna has recently begun business in the makeup industry with her line, Fenty Beauty. It is a revolutionary brand because it is making makeup more inclusive, offering 40 different shades of foundation. For a long time, it was very difficult for women of color to find makeup for their skin tone; however, Rihanna, who understands the complexity of darker skin, has been able to create products for women of every color. Her line also features very diverse models such as Slick Woods, Halima Aden and Leomie Anderson. Rihanna is making waves in the world and she is teaching women that they should love themselves regardless of their size, shape or skin color.

In the most recent midterm election, Alexandria Ocasio-Cortez was elected as the youngest woman ever to Congress. Her story is sure to inspire young women everywhere. She grew up in the Bronx, as the daughter to two Puerto Rican parents. She went on to attend Boston University where she earned degrees in economics and international relations. Out of college she spent some time working for Senator Edward Kennedy.

However, in 2008, shortly after the Great Recession started, her father died leading her to have to work in restaurants to make money to help support her family. In this past midterm election she ran and won in New York’s 14th district on a democratic socialist platform: calling to abolish Immigration and Customs Enforcement and establish “Medicare-for-all and a federal jobs guarantee.” What was impressive about her campaign is that she did not accept any money from corporate PACs, depending solely on individual donations. As a young woman of color fighting for what she believes in, Alexandria Ocasio-Cortez is a wonderful role model for all young women. She is a great example of how if you set your mind on something and put in the work, you can achieve your goals and make a positive difference in the world.