UMass should take a stand 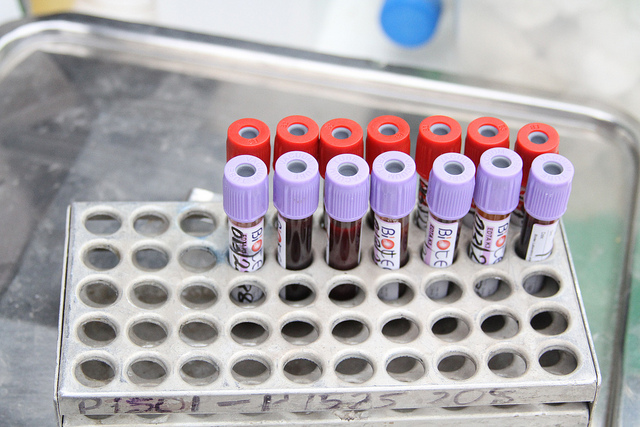 Unfortunately, the frequency of local blood drives has become a necessity of modern medicine. Blood donations are critical to ensure that patients in dire need of a transfusion are able to obtain one—but often we do not truly notice the underlying homophobia at work in American blood drives.

Per order of the Federal Drug Administration, there exists a stipulation to exclude cis-gender gay men and transgender gay men from donating their blood in service of others. All blood collection organizations must follow the rule that a man cannot donate blood if he has had sexual contact with another man over the course of the past 12 months, including men who are in long-term, monogamous relationships. This federal requirement is not only discriminatory to gay and transgender people, but it is also completely unfounded in terms of its purpose.

Excluding men with same-sex relations from donating blood does not prevent the spread of infectious disease through blood donation, it only emboldens those seeking ways to suppress others based on sexual orientation.

Such a rule encourages the belief that men who identify as gay are solely susceptible to HIV/AIDS, which is false. Anyone, no matter their sexual orientation, can contract this disease by exchanging certain body fluids. In fact, those who identify as female and participate in sexual relationships with other women are not barred from donating blood in the United States under the 12-month celibacy rule.

I find it very concerning that our government continues to perpetuate the notion that gay men are the foremost carriers of disease. This is blatantly homophobic. Blood collection organizations are ordered to defer these prospective donors without even considering negative sexually transmitted disease results. This FDA regulation has many errors in logic, but quite simply leaves a large group of viable donors unable to give blood during times of extreme need.

Numerous times throughout the academic year, the University of Massachusetts hosts the American Red Cross as they collect blood donations from those who are eligible and willing to participate. Surely hosting a blood collection at a large university is a surefire tactic to encourage donations from a big group of people, but gay students who identify as male are excluded from the event. How fair is the University acting by inviting an organization that must discriminate against LGBTQ+ men on campus to conduct its business? I do believe blood donations are of the utmost importance, but I do not think that our University should allow such a polarizing group to openly prohibit specific students from participation on a campus they actively pay to attend. Not only is this offensive, but it is abjectly uncomfortable to be around. I find it worrisome that one of the supposed “most liberal” higher education institutions in the United States has not taken issue with these restrictions.

UMass’ decision to host these blood drives indirectly endorses the deplorable rules set forth by the FDA. Effectively, the University has signaled that it does not care whether or not the rules exclude a large group of its students based on unfounded scare tactics used against gay men in society. I urge the administration of our University to seriously reconsider the gravity of hosting such an event in the future, and I hope that a better understanding of the restrictions in place will highlight the ways blood collection practices continue to unfairly profile gay men. Adjustments to the system for qualifying as a blood donor must be made immediately; it is senseless to put lives in danger over damaging and false stereotypes.