Abodeely is an Amherst alum 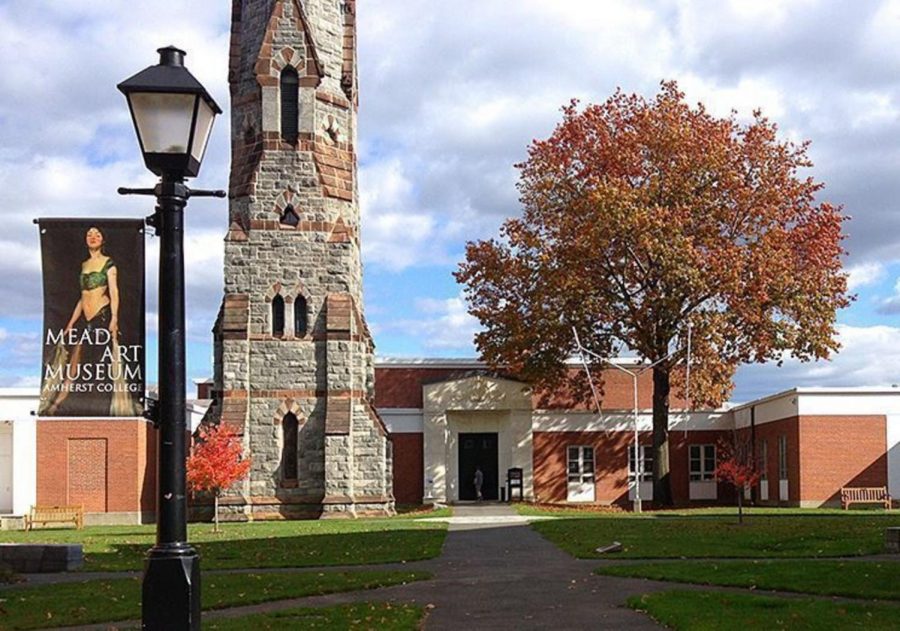 Abodeely, a former deputy director of the President’s Committee on the Arts and the Humanities, spoke about his career trajectory after graduation and his work with art as a means of improving communities and public education in high-poverty environments.

“Students can demonstrate their own value and power through the arts,” Abodeely said. “Art makes people want to be educated.”

After graduating from Amherst with a degree in biology and fine arts, Abodeely “drove west” and looked for work in Seattle, Washington. His first few jobs out of college included working at an IHOP, selling fish and volunteering at a gay and lesbian film festival.

“Looking back, I did not know what I was doing,” Abodeely laughed.

At the festival, Abodeely received information on a job available working for arts advocacy in a state agency in Seattle. He recalled how the office noted his lack of experience and appreciated it for the outside perspective. Working in all aspects of advocacy and supporting arts in communities, Abodeely began networking at national conferences.

Dominique Manuel, an Amherst history junior, said she “really appreciated” Abodeely’s advice on not knowing what to do after graduation.

“Being a history major, I feel like every time I go home, everybody asks, ‘What do you want to do with that,’” Manuel said. “He reconciled his personal interests with professional experience, and that was great to hear.”

As his career continued, Abodeely worked as a manager of education at Americans for the Arts and as manager of national partnerships for the John F. Kennedy Center for the Performing Arts. He continued his education at Johns Hopkins University, earning an Masters of Business Administration.

“Not having an MA, but having an MBA…that gave me something different working in nonprofits,” Abodeely explained.

During the administration of President Barack Obama, Abodeely was appointed to the President’s Committee on the Arts and the Humanities. In this role, he worked on the expansion of Turnaround Arts, a program that leverages the unique power of arts education to improve non-arts outcomes in a cohort of the nation’s most struggling schools. During his tenure, the program successfully scaled from eight schools to 68 in the nation.

Abodeely recollected a very small middle school he worked with that was looked down on for its high suicide attempt rate and high delinquency rate. With under a hundred students, there were over 200 serious delinquency reports two years before the Committee began its work.

“After we invested in the arts there…the principal told me they were down to double digits, in the 20s for delinquency reports,” Abodeely said. “People wanted to be at the school. Parents weren’t being called in because their kid was in trouble, it was because their kid was going to be on stage.”

Also at the Committee, he served as a trip director for the first U.S. cultural delegation to Cuba, which featured artists Dave Matthews, Usher, Alfre Woodard and John Guare in cultural exchange with Cuban artists, as well as bilateral meetings with U.S. and Cuban dignitaries.

However, Abodeely noted that the Committee no longer exists. All the members of the Committee resigned in protest of President Donald Trump’s comments on the “Unite the Right” protests in Charlottesville, Virginia last year. While Abodeely had left the committee at this point, he said he still knew several members. President Trump chose not to renew the Committee, which Abodeely said had consequences on the local level for programs that had received investment.

Currently, Abodeely serves as CEO for the Houston Arts Alliance. In his 10 months in that role, Abodeely has reorganized the Alliance’s financial structure, launched new programs in disaster recovery and resilience and engaged the challenge of educational equity throughout Houston.

Reflecting on his career trajectory, Abodeely told students that it was important to learn from every job experience they had and to talk to people about their jobs.

“Being here is really cool. It’s paying it back,” Abodeely said. “When you ask to talk to people, that’s pretty much how they’ll feel. People want to help.”

“Hearing how he combined public education with advocacy, I felt I learned a lot from the event,” Henry said, adding that she had a personal interest in education.

When asked if he felt his early career reflected “paying the dues” before he ended up in his current position, Abodeely said he didn’t feel like he had paid any dues.

“I think I was schooled in every role I worked in,” Abodeely said. “Make sure you’re in a role where you’re learning something.”