The birth of a new model 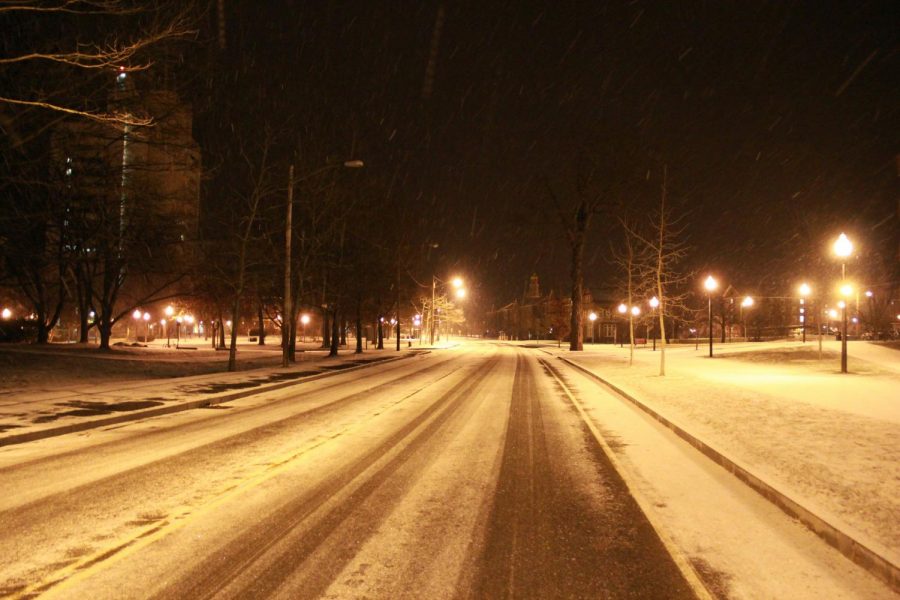 echoes off the pavement. I turn down an alley and icy winds slice, whipping my bare

back. I pull my forearms inward, noticing a coating of frost on them. Glancing forward, I

see faces in the blizzard. Decrepit people slouched against a crumbling brownstone,

their moans muffled by the howls of the winds.

Down the alleyway, I spot a warm glow. Ignoring it, I approach a person for

assistance, but discover his blank eyes, glossed over by plastic. Touching his shoulder,

his head snaps toward me and releases a hideous scream. I jerk back, falling into the

snow. Lying contorted in hypothermic cold, I scan the alley’s inhabitants once more;

receiving no acknowledgment, I reluctantly begin my trek toward the light.

Enveloped by the opaque storm, I stomp through deepening snow. Arriving at the

light, it is revealed to be a fire. Warming my hands over the flames, I notice chains.

Large crude iron handcuffs shackle my wrists. Despite the pyre’s heat, the shackles

remain chilled, the cold piercing into my wrists. The icy metal bores into my tendons as

the fire’s heat increases, burrowing into my bones. Wrestling with the chains, my

screams are lost amid the wails of the human husks behind me. Their glossed, plastic

Suddenly, the roar of a diesel engine bellows from behind the blizzard. A light

appears in the darkness, enclosed by a masculine form. The sepulchral figure marches

closer, an uncouth industrial rumble crescendoing with his approach. Stopping on the

other side of the pyre, the orange light illuminates a chiseled physique. His chest is a

pieces of his own flesh are consumed and ignited. An incandescent light blazing from

each engulfed bit of tissue ignited.

with steel teeth. Briefly inhaling, then exhausting dark smoke out his nose. His face is

human and natural, with familiar green eyes gazing right through me.

Intimidated, I step back, dropping my hands. The chains are getting heavier.

Unable to hold them up, I’m yanked down to the frozen street. Hunched over, I seek the

fire and see that the cyborg is gone; instead, a form of myself is standing in waist-high

flames. Blood dripping out of a panting mouth. Arched over my shivering body, his

dilated pupils stare into me. Turning my heavy head, I look around for help, only to

discover grotesque horror. A tenebrous and cavernous lake of ice saturated with gaunt

reverberating inside ear canals plugged by their own palms. I’ve entered a ring of

Cocytus, reserved for those who betrayed themselves.

I turn back toward the fire. My reflection is now panting, staring over the hearth.

It begins to evaporate. His blood dissipates, his posture straightens, his teeth galvanize

as the reflection molds into the infernal cyborg. His green eyes stare into me and I stare

back. Fighting the pull of the chains, I stand, our gazes meeting over the pyre. Raising

my shackled hands, I cast them over the flames. I hear the cries of the damned, the

chains and hands falling to the flame.