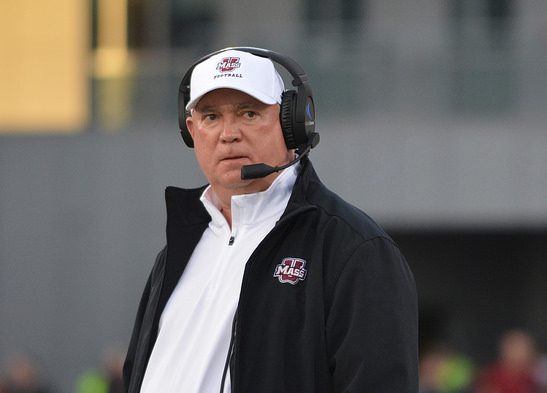 Bruce Feldman of the Athletic is reporting that UMass will make a coaching change, moving on from head coach Mark Whipple.

This would follow a disappointing season for the Minutemen, who went 4-8 and failed to qualify for a bowl game for the fifth straight season under Whipple’s direction.

Whipple first came to UMass in 1998, winning the FCS championship that season. He remained at the programs helm until 2003 before leaving to be the quarterback coach for the Pittsburgh Steelers.

He returned to lead the Minutemen in 2014, but hasn’t had the success UMass envisioned, winning no more than four games in a year at the FBS level. He is the programs all time win leader, posting a 65-70 career record with the Minutemen.