The election may be over, but your work isn’t 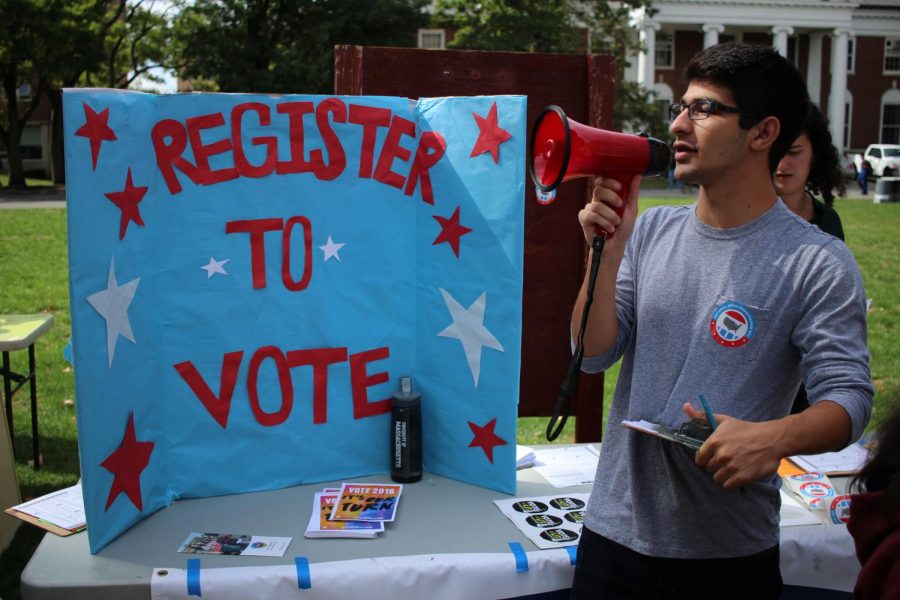 As the final results from last Tuesday trickle in, lawn signs are removed from front yards and “I Voted!” stickers are peeled off of jackets, the finality of the election looms in the air. We will all go back to our normal lives: our bumper stickers will begin to fade and Beyoncé’s Beto O’Rourke endorsement will disappear into the depths of her Instagram feed. However, even though the election has ended, our civic duties have not. As we return to our daily routines, we cannot forget the responsibilities we hold as citizens.

I have noticed a trend around recent elections: political interest peaks for about a week, which is then followed by a decline as people go back to their usual lives. Last week my social media feeds were filled with encouragements to vote, my class discussions were centered around the election and my friends were clearly taking an interest in their government. But in the days following the election, while there were brief conversations summarizing the results from Tuesday night, the excitement from days prior had clearly worn off.

It is fantastic that people pay attention to the elections. Our right to vote is arguably our most important civic duty, and it is the one true way that everyday citizens have political power in our country. Personally, I was ecstatic to see so many of my peers riled up about our democratic system, an excitement I usually only see in my friends who are political science majors or continuously follow the news. Though this spike in political interest is crucial, I worry that the election is seen as a one-time civic duty fulfillment: vote once every two years or so, then forget about politics until the next election.

A large portion of this sentiment stems from the use of social media in recent elections. Tuesday morning, my Instagram feed became a myriad of “I voted!” selfies, as well as brightly colored stickers and GIFs encouraging peers to go vote. But only 24 hours later, when the Instagram stories disappeared, so did the political discourse. Social media has immense power, and there is nothing wrong with using it to raise the voter count. That being said, posting one selfie showing that you voted should not, and cannot, be your only involvement with our political system.

In this midterm election, many Democrats began referring to their movement as the “blue wave.” This Democratic resistance showed a heightened sense of morale among liberal voters, providing them with a boost of adrenaline before they hit the polls. On all sides of the political spectrum, these “waves” must continue. Change is not unique to elections alone, and if this particular movement wants to maintain their momentum, they must continue their work year-round. Democrats saw major wins on Tuesday, where they regained control of the House and won the gubernatorial races in several key states. These victories highlight the power the resistance holds, but in order to keep gaining victories, the blue wave cannot be seen as a light surf, but rather a tsunami, continuing their surge daily.

There is plenty of work to be done the other 364 days of the year that are not elections. As citizens of this country, it is our responsibility to be aware of our surroundings.  Keep up with the news, attend rallies pertinent to you, engage in civil conversation and hold your leaders accountable for their actions. If you voted, make sure your newly elected officials are doing their job. If you have a problem with them, do something about it. We all hold political power, but the responsibility lays on us to decide how we are going to use it.

Perhaps if there were enough excitement around politics to begin with, people would not need such incentive to go vote; instead, they would already be motivated to do so. Your life does not need to center around our political system, but as members of this system, we should all take part in it regularly. So while we celebrate the end of the election, it is critical that we remember that there is still work to be done.