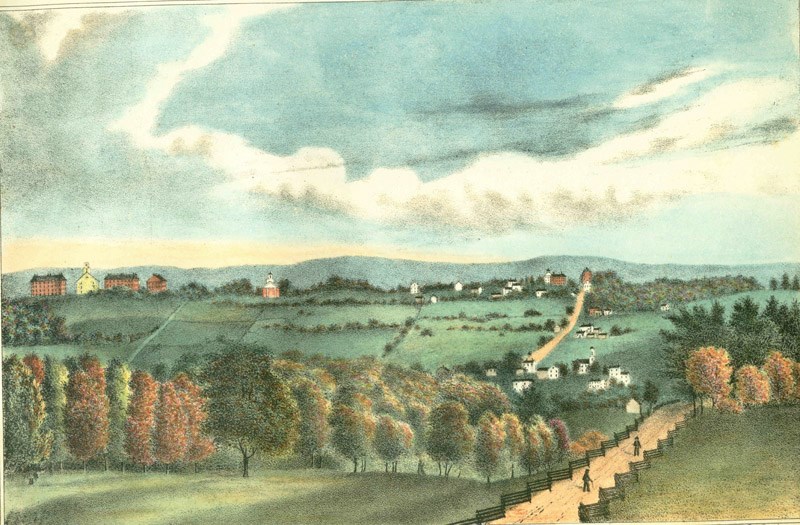 On Nov. 6, the Town of Amherst elected the 13 members of its inaugural town council. Issues at the center of the councilors-elects’ campaigns likely to receive attention during their terms include inclusivity, sustainability, capital projects and form-based zoning.

A majority of the council, nine members, are women. Bahl-Milne commented that she felt strongly about the representation on the council, noting that there are “two members of the LGBTQ community, a renter and parents with school-aged children.”

“One of the unfounded criticisms during the charter campaign was that women, who had a slight majority in Representative Town Meeting, would not have parity on a 13-member Town Council,” Brewer said. “I had no doubt plenty of qualified women and men would run for the 13 seats. It will certainly be interesting to see what having women in the majority brings to the dynamic of the inaugural Town Council.”

Brewer and Bahl-Milne both added that representation of students and communities of color could be improved.

“As was stated throughout the campaign, we absolutely must create an effective structure for more participation in all levels of local governance by people of the global majority, people with disabilities, people of lower income, people who rent and people of college age in order to identify the next generation of leaders,” Brewer said.

While most of the elected officials are former or current town meeting members, including two select board members, Brewer and Steinberg, four councilors-elect have not been involved with the now-abolished town meeting: Schoen, Ross, DuMont and Bahl-Milne.

Bahl-Milne said there is “a good balance between councilors with institutional memory and fresh voices.”

“Since I was not in the town meeting, I am approaching all aspects of this process and my interactions with voters and other councilors with fresh eyes. I bring energy, curiosity and new ways of approaching opportunities and challenges in our town,” Bahl-Milne said.

Concerning the transition from the town meeting format, many of the councilors-elect prioritized the inclusion of citizen voices in town decisions.

“Town Councilors must be more than just legislators; they also must be liaisons between the government and the residents. The new Council needs to ensure strong community outreach and public engagement,” Ross said.

“The Charter requires that there be at least two meetings each year in the five districts.The meetings should occur at times when students can participate and they must have appropriate notice of the meetings,” Steinberg said.

Ryan, whose district has a large student population, said that he would prioritize student awareness and engagement in town affairs.

“I encourage students to know who their councilors are and to reach out to them with their concerns and ideas,” Ryan said.

Pam, the other councilor-elect from District 3, made a similar statement, saying that the University of Massachusetts and Town of Amherst “have a long and rich history together.”

“Working together we can accomplish great things,” Pam said.

Brewer noted that the manner in which inclusion occurs is something the new Council will have to determine.

“Under previous form of government, no public comment period was required at public meeting…and public comment is still not required by state law,” Brewer explained, “but the new Charter compels a form of public comment at regular meetings: so what will that look like?”

Sustainability and clean-energy programs were also featured in several of the successful campaigns. Dumont said these programs would “enable the town, businesses and residents to better control utility costs while reducing use of fossil fuels.”

“I look forward to working with my fellow councilors to apply a lens of sustainability to our town decisions in general,” Dumont said.

Many councilors-elect brought up capital projects, including the Jones Library, two elementary schools, central fire station and Department of Public Works buildings as critical issues for the first council.

Bahl-Milne said that among these, the schools were a priority, and that financing should be developed as to not burden property owners.

DeAngelis suggested that funding could start with reserve and stabilization funds but required federal and state grants.

“We need to have Amherst College and UMass contribute monies to help support these projects,” DeAngelis said.

Schoen made a similar comment, saying Amherst needed a “more equal partnership” with the universities on providing essential services, such as public services.

The fourth priority of the new Council will likely be form-based zoning, a practice focused on planned urban growth. Unlike conventional zoning, form-based “creates a predictable public realm by including specific standards for the design of streets and open spaces, and focusing primarily on the physical form of development.”

Schreiber, in a previous Q&A, expressed his support for form-based zoning to “sustainably increase our tax base, breathe new life into our downtown and other centers and increase the diversity of our community.”

Schreiber highlighted his experience on Amherst’s Planning Board and as the founding chair in the UMass department of architecture, adding, “These are the types of questions I’ve grappled with professionally for decades.”

The new council, to be officially sworn into office at a ceremony scheduled for Dec. 2, will replace the Select Board and the representative Town Meeting form of government.

“This is a pivotal moment in Amherst’s history and I look forward to being a part of this new experiment in Town governance,” Ryan said.