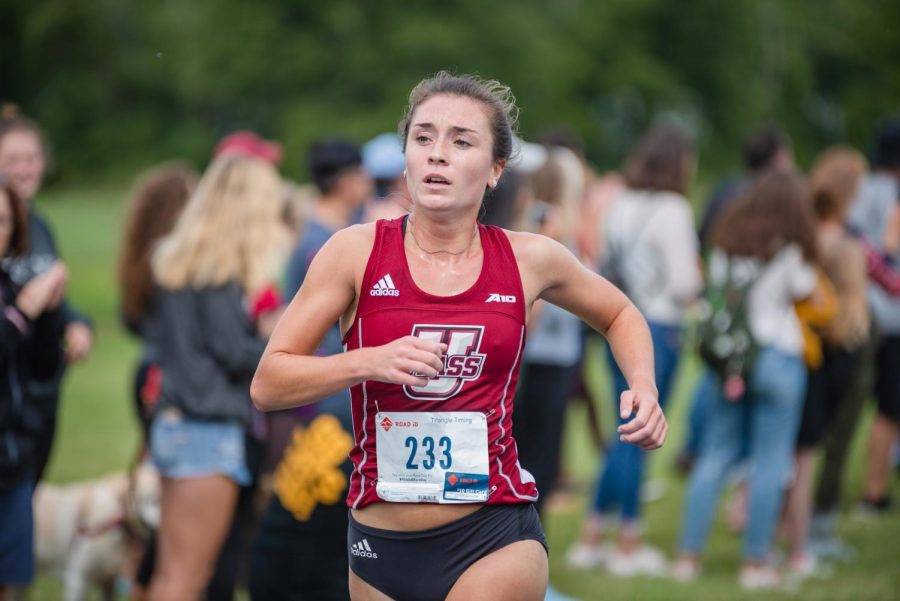 The Massachusetts men’s and women’s cross country teams each concluded their 2018 campaigns Friday at the NCAA Northeast Regional Championships in Buffalo, New York. The Minutemen placed 19th out of the 34 teams in attendance, while the women’s team opted to race only their top two runners, who earned 155th  and 159th place, respectively.

Syracuse won its sixth straight regional men’s title and the Columbia women’s team recaptured the regional championship for the first time since 2002. Each program, along with Iona’s men’s and Dartmouth’s women’s teams, will represent the northeast at the NCAA Cross Country Championships next weekend in Madison, Wisconsin.

Mother Nature also made an appearance in full force at the regional meet, bringing along snow, wind, mud and freezing temperatures along with her.

Men’s head coach Tim Ritchie said that despite the elements, his team was ready to tackle whatever was in their path on the squad’s last race of the season.

“I think these guys saw the snow and the mud and got really excited to race,” Ritchie said.

Leading the way for the Minutemen was senior captain Michael Famiglietti, who finished the course in 33:25.9, earning 16th place and drawing praise from Ritchie.

“[Famiglietti] got All-Region, which was the first time for a UMass guy in at least the last fifteen years, so it was a great way to close out his cross country career,” Ritchie said.

A-10 All-Freshman teammate Josh Rahn had another solid performance for the Minutemen as he finished 2nd for his team and 82nd overall while posting a 34:45.1 split.

Juniors Erik Engstrom and Kendall Westgoff finished together at 114th and 115th at just a second apart.

With their 2018 campaign now in the books, Ritchie hopes to see his runners continue to progress in the indoor and outdoor track seasons and believes that his team has established a good base for the years to come in cross country.

On the other hand, the Minutewomen brought just their top two runners to the meet. Colette O’Leary and Alexina Hurley finished the six-kilometer race less than three seconds apart in 24:25.0 and 24:27.4, respectively.

The pair has acted as the lone bright spots for the women’s team this season, as the team’s year has been derailed by illness and injuries.

Before the season even started, it was expected that the Minutewomen would regress from last year after graduating six seniors, including Heather MacLean, who earned All-American honors, and their number two runner Colleen Sands.

A silver lining for the Minutewomen is that they are still a young team and will return both O’Leary and Hurley next year, along with talented freshman Samantha Schwers and Caroline Clark, who was the top runner in the women’s program before coming down with anemia.

Nearly all of the UMass men and women cross country runners will now be starting their indoor track season, which begins within the next several weeks and continues until the outdoor track season picks up in late March.

Sean Richardson can be reached by email at [email protected]