Apartment burned down by arson to possibly reopen in August

Students will be able to move back in 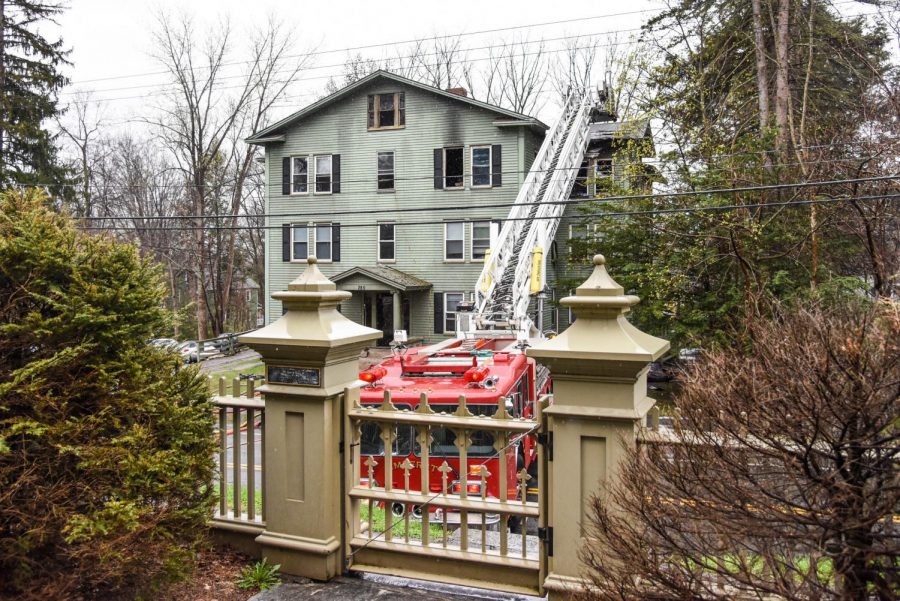 The apartment building located on 285 Main Street which burned down last April may reopen with renovations in time for fall move-in.

The project manager of the renovations, Aaron Murray, went to the Local Historic District Commission on Monday to allow for a renovation proposal to be sent over to the Amherst Building Commission for approval. If the Commission approves, renovations could begin this winter.

The proposal would replace the aluminum siding with vinyl siding and install vinyl shutters and window panes.

The Commission was hesitant with this proposal since vinyl is not a material historically used in Amherst. However, after heated debate, the local historic commission will allow its use.

Vinyl, despite not being fire-retardant, was preferred over aluminum for its affordability and it was easy to clean.

According to Murphy, the goal of the renovation is “to return front façade to what it should be.”

The house was built in the 1870s and converted into an apartment building in the mid-to-late 20th century, standing three stories tall, plus an attack. There are six apartment units which, before the fire, were occupied by 21 students.

Since the building is located directly across the street from the museum, which is a local landmark, the Commission was concerned that the modern material would compromise both buildings’ historic authenticity.

Murray, representing the owners at the hearing, said that the owners do not intend to make any changes to the design, just to repair what was damaged. He added that only professionals would be able to tell the difference between aluminum and the smooth, matte, beige vinyl siding.

Another issue was maintenance. Commission Chair Jennifer Taub was concerned that the vinyl siding would easily collect dirt and look “shoddy” against the museum because it would not be cleaned regularly. According to Murray, vinyl siding requires power-washing twice a year and treatment.

However, Murray countered that no matter the material, siding will look grimy if not cleaned regularly.

Commissioner Tom Ehrgood stated that the state of the building itself is as important as the historic authenticity. Referring to Historic District bylaw 9.1.7, under the “exclusions” section, any destroyed property must be restored within one year of damage. According to Murray, once the project is approved, it can take three to four months for insurance to give funding – possibly even longer because the cause of damage was arson.

Although commission members would have wanted “historic” materials to be used, they did not want the state of the building to worsen because construction was being held up.

“This bylaw isn’t about making a structure more historic; it’s about preventing it from degradation,” Ehrgood said.