Editorial: Thanks to alumni support, the Collegian office is ours 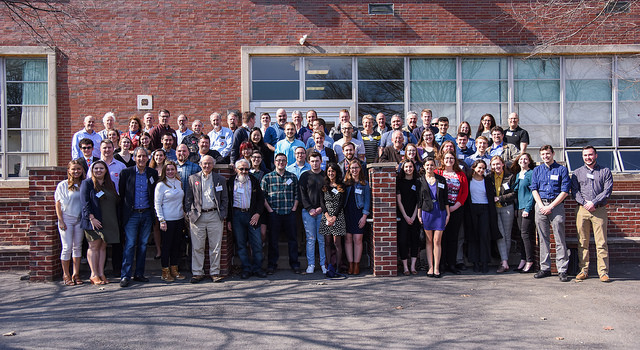 Change is nothing new to the Massachusetts Daily Collegian.

But the change ends there, at least for now.

When the University of Massachusetts told us it would need our office space to be used as storage during the construction of the new Student Union, we were devastated. The Collegian has been in that office for over 40 years and sure, the room definitely looks its age, but that room also carries a legacy.

As a staff, we spent the last week of production clearing out our space. We chose the chairs that we liked the best. We contemplated the mechanics of removing the War Room door from its hinges. We went through the archives and labelled the file cabinets that we wouldn’t need.

And most of our time was spent taking mementos off the walls — photographs, AP style reminders, news clippings, InDesign tips, covers from old special issues.

But while a lot of the images and clippings were from recent years and could only be explained by the older staff members, there were even more images and inside jokes that were a mystery to us all.

The black and white printout of Brian Williams. The framed photograph of staffers who graduated just a year or two before today’s seniors were around. The bottles on the back cabinet that must have been placed there when the drinking age was 18 (or maybe not).

People were at the Collegian long before us, and they left their mark on that space. They told jokes we’ll never hear, wrote stories we’ll never read and faced struggles we’ll never know about. But they did those things in the same newsroom that we occupy today.

And they were not happy to hear that we were leaving.

Mere hours after the letter to the editor detailing our forced removal from the newsroom was published, our alumni sprang into action. The story blew up on Twitter, and the people ordering our eviction were bombarded with emails and phone calls.

Within hours, the newsroom was ours again.

Entering into journalism, you have to be comfortable with change. The biggest newspapers in the country, such as The New York Times and the Wall Street Journal, have struggled with ad sales. Journalists have been murdered in America and abroad. The president has called the media “the enemy of the people.” The industry is in a defining moment, and it is reinventing itself rapidly.

As a college newspaper, we have had to roll with the punches and change with the times. We’ve become more digital-centric, we’ve spent less time working on our print production, we’ve upped our social media game and we’ve put more emphasis on podcasts and videos.

And one day, we will have to leave our newsroom. When the new Student Union is finished, a project that is expected to be complete in the fall of 2020, the Collegian will move to a new home — a consolidated media center that will be shared with UVC-TV19 and WMUA. New memories will be made, and new challenges will be faced.

But one thing that will never change is the support that Collegian staffers have for each other. The outpouring of encouragement we felt in those hours when we were saying goodbye to our newsroom was humbling, and it was representative of the lasting impact this small newspaper has had on so many lives.

And we vow to continue to do so in our dusty, windowless basement office — for now.