Pelosi should lead by stepping back 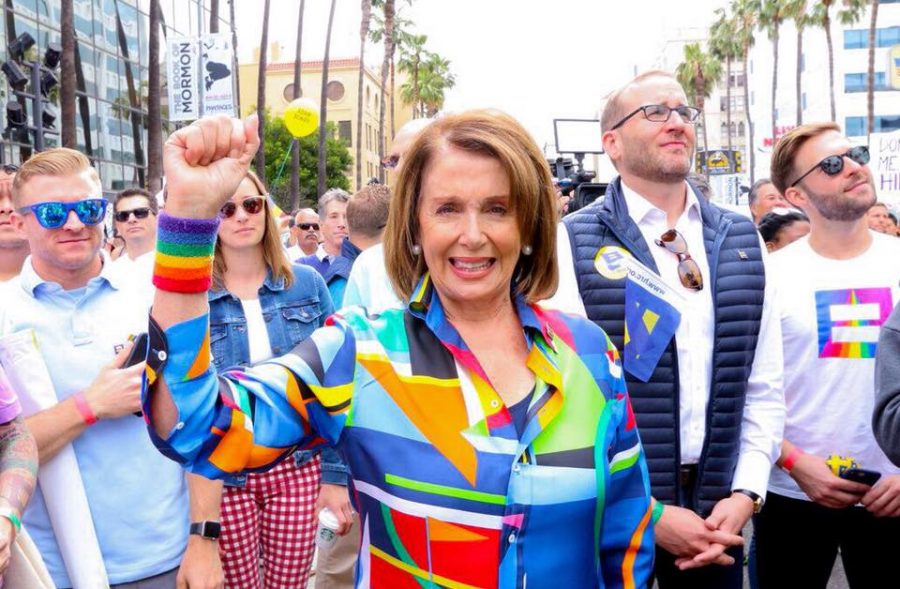 “My entire Twitter feed is her,” a senior House Democratic aide said of Representative-elect Alexandria Ocasio-Cortez, who started freshman orientation with a sit-in outside House Minority Leader Nancy Pelosi’s office demanding action on climate change. Pelosi wasn’t the only one taking up the airspace post-midterms. Former Representative, Beto O’Rourke, while unsuccessful in his bid to upset Senator Ted Cruz in Texas in November, brought turnout of young and Hispanic voters enough to help up to a dozen seats in his coattails. Now O’Rourke is making waves by “not ruling out” a 2020 presidential bid.

Despite the enthusiasm and clear capital to be gained from turning out new coalitions, it seems little of that will be reflected in Democratic leadership. After Ocasio-Cortez’s nomination this past Wednesday, it looks all but likely that Pelosi will remain unchallenged as the Speaker of the House. Pelosi, who became leader of the Democratic House in 2007, is not transforming into a media star like Ocasio-Cortez anytime soon, and is likely too moderate to ever live up to the ideals the Bronx native represents.

That being said, if Pelosi can welcome—and share the stage with—the new and old coalition of diverse, youth-inspired members of Congress and stand strongly behind the Democratic platform adopted, and forgot about in 2016, the party could be as unified as ever in 2020. Ostracizing them could quell the very same energy that powered victories across the country and starve young leaders of the experience they need to shape the party of the future.

The question is, will she choose inclusion? Pelosi has been part of a stagnant party administration that has valued structure over giving new voices the experience they need for leadership. Sure, she has the talent for raising funds. But can she raise new leaders, too? And can she take cues from O’Rourke, who ran a vigorous campaign of community engagement without the support of PACs and corporate money, all but while building what the Washington Post called “one of the most successful fundraisers in American politics”?

If these things didn’t faze her, Ocasio-Cortez’s media strategy should. The young Congresswoman-to-be is often described as “relatable.” The phrase is overused, but it can minimize how deeply this is true. She looks, feels and acts like a left-wing millennial down to the filters she uses on her Instagram posts. A promising 31 percent of young voters turned out in November, up from the 21 percent of young voters in the 2014 midterms. Understanding the tools to connect with young people is becoming a new standard.

Representation, too, is no longer a desire, but a growing reality—even in the Bay State, which elected Ayanna Pressley to Massachusetts’s seventh district. But white candidates can learn how to better connect with underrepresented groups too. This is not as controversial as “intersectionality” skeptics may think—if a candidate can openly support a cornerstone Black Lives Matter protest and capture 49 percent of the vote in Texas, it becomes dubious to assume that invoking issues of social justice and race scares off independent and conservative voters outright. So long as issues of the working class as a whole continue, such conversations are fair game. Representatives can decide for themselves what makes sense to support, but these should not be taboos to be avoided at all costs.

Having a seat at the table for these ideas might set off Democrat’s irrational fear of going left. But it’s clear that running for the center is not paying dividends. In the Senate, Democrats lost three notable Democratic incumbents in red states with a moderate strategy and failed. Sen. Claire McCaskill insists that represents the party’s abandonment of moderates. But in North Dakota, where Democratic Sen. Heidi Heitkamp lost her seat, voters “concerned” about the confirmation of Judge Brett Kavanaugh to the Supreme Court  voted strongly for her Republican opponent. Did Sen. Joe Manchin of West Virginia remain standing due to his affirmative vote for Kavanaugh? If so, is supporting an ultra-conservative agenda and going against the party’s own platform really a strategy Democrats can justify? Given that O’Rourke did better in red Texas than McCaskill, Heitkamp and Sen. Joe Donnelly in their respective states, perhaps there are different electorates to woo.

To be clear, I would not go as far to recommend that Ocasio-Cortez nor O’Rourke should run for the highest office in 2020 per say. But Democrats—especially Pelosi—should be studying closely how these names have been able to distract voters from President Trump, who has mastered controlling narratives and capturing the media’s eye. It also calls one to think about the map Democrats want to win in 2020: with a new electorate focus, Texas and Arizona could very well replace Ohio and Florida as the swing states to win.

The Democratic party passed a platform that was undoubtedly the most progressive in history. It supports universal health care, reigning in wealthy forces at Wall Street, equal pay for women and debt-free college, policies that are widely popular. Even more controversial stances like the $15 minimum wage are not out of reach with some compromise. If they stick to the platform and focus on turnout, the Democrats are winning on policy.

So, what does this mean for Pelosi? She comes to leadership at a time where empowering new and diverse leaders to speak out and defend these basic ideas is a necessity. If she doubts her own base, the party may fulfill the cliché that Democrats can snatch defeat from the jaws of victory.