Prep schools will compete on Sunday 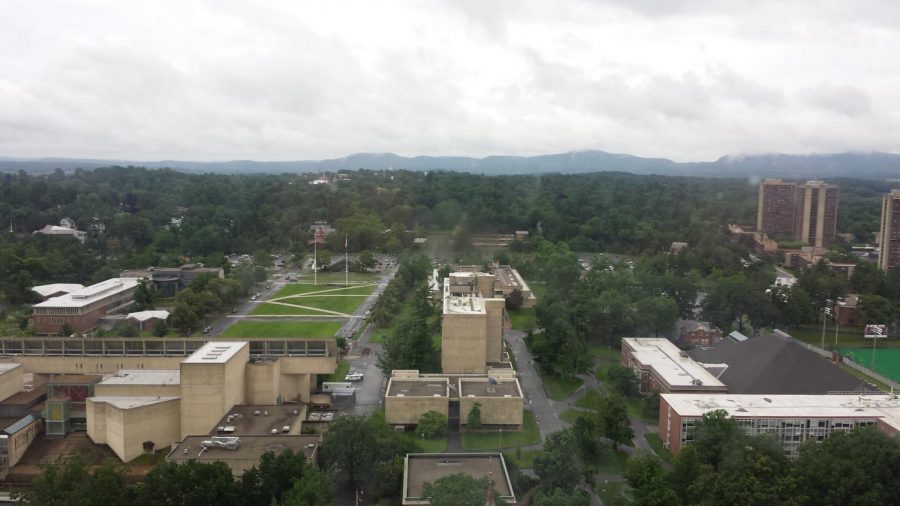 The top high school basketball teams from Western and Central Massachusetts will play at the Curry Hicks Cage at the University of Massachusetts this weekend in the annual Pioneer Valley Tip-Off. The three-day showcase will begin Friday, Dec. 9 at 6 p.m.

The event, which is sponsored by Spalding, is run by a staff of about 50 students from the Isenberg School of Management at UMass. Over 20 high school and preparatory teams will compete in their first games of the winter season for a chance to gain recognition.

“One of our main goals is to provide students with real world experience in their respective field of study,” said executive director Jon Cahill, a sports management major. “We also try to bring in basketball teams and give these high school kids a chance to play on a D-1 campus, where a lot of talent comes through over the years, at the Curry Hicks Cage.”

The Cage was built in 1931 was home to men’s and women’s basketball for over 60 years until the teams were moved to the Mullins Center in 1993.

“Now [the Cage] doesn’t see much use, but we try to revitalize it every December,” Cahill said.

The event usually draws in around 2,000 people over the course of three days, but the PVTO hopes to grow this year’s crowd to 2,500 attendees by inviting more local teams and putting on better match-ups.

Kyra Doher, a member of the PVTO’s marketing team, photographed some of the games last year and enjoyed seeing how enthusiastic the crowds were, especially when rival high schools played one another.

“It was cool to see how much the high school fans were enjoying it,” she said. “It was almost like a pep rally, but on a smaller scale.”

UMass students will not have to pay the entrance fee and are admitted for free with their UCard. With the money raised, the PVTO pays the cost of using the space, hiring referees, police, emergency medical technicians and custodians. The remaining money goes to their partner charity, Coaches vs. Cancer. Last year, over $3,000 was raised for this American Cancer Society program.

Cahill said the prep school teams will play on Sunday and although they don’t draw in large crowds, they bring a higher-skilled game. A handful of coaches from colleges in the area will come and begin recruiting on Sunday.

Stephen Black, the director of business and Cahill’s “right hand man,” said a focus of PVTO has been inviting better teams from prep schools.

“The better players we have, the better we are able to brand ourselves and attract more teams in the future,” Black said.

The event was started in 2011 by two students who had a similar goal to “bring in a fun, basketball atmosphere and give kids the opportunity to get experience running an event that the kids love playing in,” said Black.

Five students in total ran the event and worked day and night to put everything together. Now, it has taken over the sports management department and has evolved into more competitive positions, with students applying and interviewing.

Black explained the PVTO helps UMass students find their niche, providing experience in everything from data analytics to marketing and finance. Last year, they have also added a design team, a social media chair and a philanthropy department.

“Each year, we’ve seen it grow in both revenue and popularity and the overall brand awareness has continued to grow,” Cahill said, who has been with the PVTO since his freshman year. “We’re hopefully going to keep going up, but I do think there will be a time when we plateau because we can’t do anymore without it getting out of hand.”

“One of the cool things is we get a lot of high school students that are coming to watch their friends and support the kids on the team, and giving them an opportunity to come to UMass,” Cahill said. “It’s good for the school to have these kids coming here and seeing that it’s a fun campus and it’s not as big as it seems, even though it is the flagship university. I do think it has some impact on these high school kids.”