Touri: So who is this UMass team, anyway? 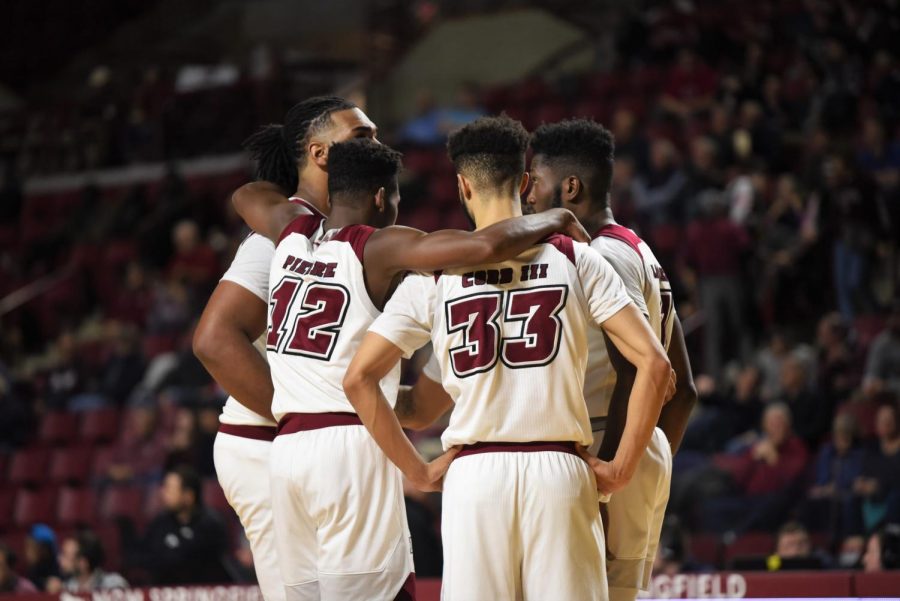 I’ve thought a lot about that Matt McCall quote in the aftermath of the Massachusetts men’s basketball team’s Tuesday night loss against Holy Cross, because it summed up what’s been an up-and-down first six weeks of the season quite nicely.

Tuesday was as deflated as I’ve seen McCall in some time, and I think he shares the frustration that a lot of fans expressed on social media in the hours following that 82-78 home loss, and rightfully so — it’s frustrating to see such a talented team struggle.

Say what you want about the first iteration of the McCall-era Minutemen. Did they lack depth and talent? Sure. Was there a lot of uncertainty after the flurry of transfers that followed Derek Kellogg’s firing and Pat Kelsey’s change of heart? Absolutely. But that team had an identity and this one, at this point, doesn’t.

Expectations were fairly low last season because there was so much change and so many question marks, and McCall was working with a makeshift roster. Seven guys left the program, Jaylen Brantley never played a minute, Rashaan Holloway was ineligible just after New Year’s Day, Chris Baldwin was gone by Valentine’s Day — walk-ons like Rayshawn Miller were getting 15 starts, quarterbacks like Randall West were seeing significant minutes in the Atlantic 10 tournament and there were nights where McCall walked into opposing gyms with four scholarship guys and whole lot of hope.

But what you knew about those few scholarship guys and the walk-ons that stood behind them was that they were tougher than hell and scrappy to the end, and fought for every single second, because they had to.

Let’s acknowledge that it’s Dec. 6 and there’s plenty of time for UMass to figure it out. I’m not sounding the death knell here, and I still have plenty of belief in McCall and his players to find some consistency and become the team we all expected to see back in October. But you can only lose so many winnable games at home before growing pains become major concerns.

McCall’s lamented the inconsistent defensive urgency and the occasional lapses in focus, and the problems they’ve caused defensively, and for this team, that’s really everything. This team is significantly more talented than last year’s, that’s undeniable; but it’s a team that’s still finding itself, and that process has been slow.

We know how good they can be. We saw it when they blew out a very good Southern Illinois team and hung with one of the best teams in the country in Nevada — but for every strong performance like that, there’s a game like Howard. There’s the disappointments against Harvard and Holy Cross. Even some of the wins like Quinnipiac include stretches that make you wonder.

I’m not trying to blast the Minutemen. It’s not that I think they’re soft or lazy or anything so drastic. I actually think their biggest weapon, their collective offensive talent, becomes their biggest weakness when it manifests itself in what McCall refers to as “getting too consumed offensively.” They can be so good with the ball in their hands that it becomes too significant a focus, and UMass struggles defensively as a result.

It’s strange, really. Every postgame presser, win or lose, goes the same way — McCall doesn’t really want to talk about the offense, because he’s not that worried about it. He’s completely focused on the defensive end of the floor, because that’s where he sees the most untapped potential, and the greatest cause for concern.

He’s suggested the team has the talent to be a top-50 defensive team in the country, and when you see how tenacious Luwane Pipkins and Keon Clergeot can be on opposing guards, and how versatile Curtis Cobb and Jonathan Laurent and Samba Diallo can be on the wing and how menacing Holloway is as a rim-protector, it’s tough to disagree. But it just hasn’t been there yet, for one reason or another.

I think the next couple of games are going to be extremely telling. We’re going to learn a lot about the Minutemen as they travel to Providence and Temple, what I consider perhaps the most important back-to-back in the non-conference slate. Maybe we’ll find out who they are over the next seven days.

Maybe they’ll find out for themselves.