UMass offense looks to turn a corner against Incarnate Word 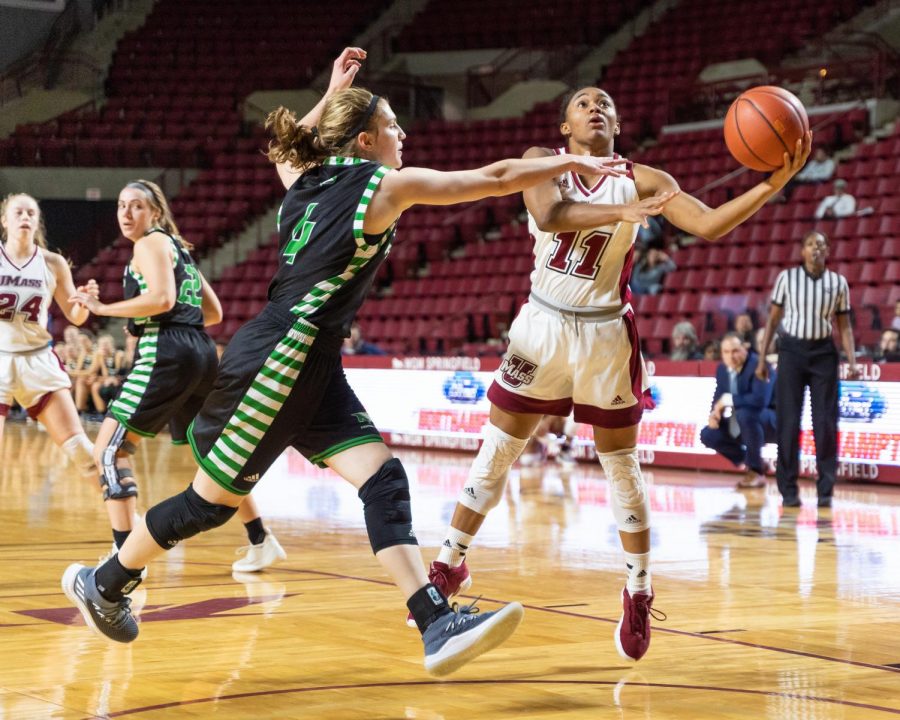 The Massachusetts women’s basketball team faces off against a struggling Incarnate Word team Friday night with an opportunity to get their offense going.

Through nine games, the Minutewomen (5-4) have topped the 60-point mark just four times, winning on all four occasions, while going 1-4 in their other five games.

On the other end of the spectrum, the visiting Cardinals (0-9) have allowed an average of 82.1 points per game to opposing offenses.

“We’ve been building on our offensive execution,” coach Tory Verdi said. “I think we’ve grown in that area, I think we’ve really refined some of our sets and our timing on some of those things.”

UMass has failed to crack the 60-point plateau their last three times out but impressed in their most recent outing against undefeated Northeastern, losing on a buzzer-beating three-pointer.

In the contest, the Minutewomen shot the ball well, especially down the stretch, shooting 43.3 percent from the field in the second half.

“That was a tough game that we lost,” sophomore guard Bre Hampton-Bey said. “I feel like it was an eyeopener to see that we can compete with the best teams. That was a good game, I think we’re going to carry that over and play really good next game”

On top of better execution of their current offensive sets, UMass also hopes to add in different scoring options to their offense.

“Jessica Nelson and Anil Soysal are doing a really good job at ducking [into the paint],” Verdi said. “The last couple of days, we were really focusing on those guys ducking in and catching right in the paint, and obviously those are high percentage shots for us that we have to get. I’m not sure that we’ve been getting those, so we’ve been working on that and I’m looking forward to what those guys do.”

The pair of Jessica Nelson and Anil Soysal have largely been left out of the offense. Combined, the two average nine points per game. A post scoring option would offer the Minutewomen a much-needed scoring threat to support Hailey Leidel and Hampton-Bey, who are combining to score 27.5 points per game.

Hampton-Bey has been one of UMass’ most consistent offensive players this season. The sophomore guard relies on playing aggressively to get to the rim. Her aggressive style has worked thus far, as she leads the Minutewomen in scoring with 13.8 points per game.

“It’s about making the right decisions, making smart decisions basically,” Hampton-Bey said. “I play with a lot of passion, so I just try to make the right play at the right time.”

Verdi makes it clear that for UMass to have success against the Cardinals, his team will have to find scoring from outside of Leidel and Hampton-Bey.

A struggling Incarnate Word defense offers the Minutewomen a prime opportunity for them to break out of their offensive slump.

“I feel really good about where we are [offensively], compared to where we were,” Verdi said. “I’m excited and confident to see what we do.”

The Minutewomen get their chance to showcase those offensive improvements when they host Incarnate Word on Friday at the Mullins Center. Tip-off is set for 7 p.m.