The Minutewomen have lost two games in a row 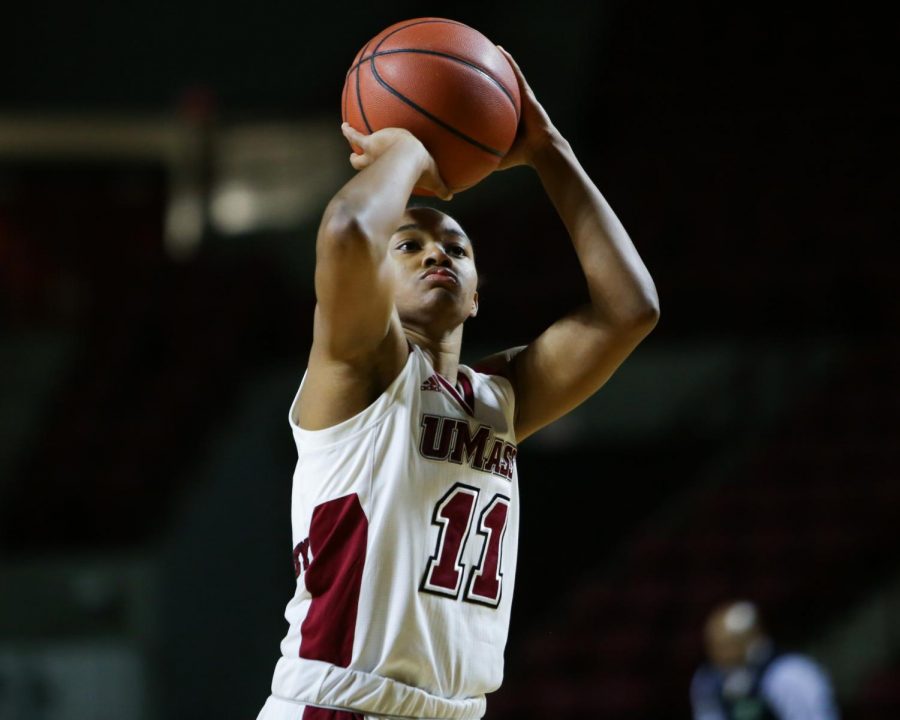 Following a buzzer-beater loss to undefeated Northeastern on Sunday, the Massachusetts women’s basketball team will look to get back on track against Incarnate Word on Friday. The Minutewomen (5-4) have a chance to stop a two-game losing skid against the winless Cardinals (0-9).

“That was a tough game that we lost,” sophomore Bre-Hampton Bey said about the Northeastern game. “I feel like it was an eye-opener seeing that we can compete with the best teams in our conference and other conferences. I think we’ll carry that over and play really good next game.”

After falling 64-45 to the Minutewomen last season as a part of the 2017 UMass Thanksgiving Classic, coupled with their winless record this season, the Cardinals will be working their hardest come Friday.

“I think they’re looking for revenge because we beat them last year,” said Hampton-Bey. “We’re expecting them to come in here with a lot of energy. They’re not doing well record wise so they’re trying to come in and play hard, and we’ll try to match their energy.”

While their record may not show it, the level of competition that the Cardinals have faced this season has certainly been one of the reasons for their woes. Playing against top BCS schools such as then-No. 23 Arizona State and No. 14 Minnesota, Incarnate Word’s schedule has certainly thrown them through the wringer this season, giving them a lot of experience.

“They’re better than they were a year ago,” said coach Tory Verdi. “I know their record doesn’t show that, but they are. They’ve played some BCS level schools. It hasn’t gone their way, but we expect them to come in here and do everything they can and give us a good fight.”

One player to look out for on the Cardinals side of the ball is wing Starr Omozee. Averaging 8.7 points per game, as well as a team-high 6.2 rebounds per game, Omozee is the main offensive threat the Minutewomen will need to be aware of heading into Friday’s matchup.

“The number one thing we need to do against her and this team is we need to stop their dribble penetration,” said Verdi. “They’re very aggressive, they attack the rim, so we need to sit down in a stance and we got to defend them.”

Additionally, Verdi cited an array of defensive arrangements that the Minutewomen have been preparing to see from the Cardinals.

While the Cardinals may not be the fiercest opponent on UMass’ schedule this season, any game certainly serves as a challenge to the Minutewomen. The game on Friday may show if UMass can carry their momentum from Sunday’s close loss into the rest of the season.

“As far as playing them a year ago, we obviously know their personnel,” said Verdi. “They went out and recruited some junior college players, so they are different at certain positions. This game is kind of about us, we need to get better, we need to do the things we’re capable of doing and I expect us to come out with a sense of urgency and a want-to off the charts.”

Tip-off is slated for 7 p.m. from the Mullins Center on Friday.