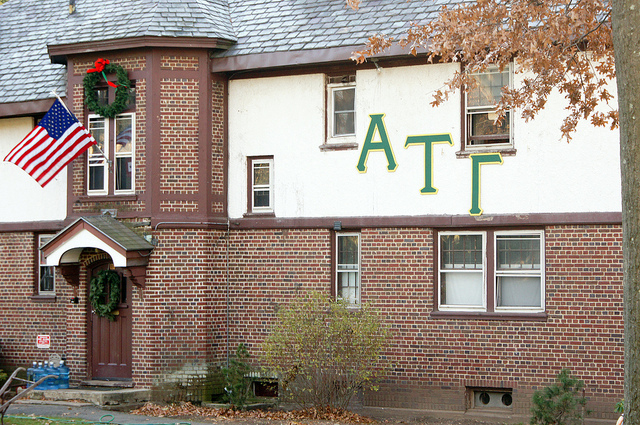 Two members of the University of Massachusetts’ Alpha Tau Gamma chapter were arrested early Sunday after the Amherst Fire Department responded to a fire alarm activated by marijuana smoke at 118 Sunset Ave.

A large party of 100 to 150 people were at the fraternity when AFD and APD arrived at 12:11 a.m., according to police. About 100 people were outside the residence, spilling into the roadway, and many had open containers of alcohol.

The president of Alpha Tau Gamma, Justin Hailey, and another resident were placed under arrest, according to the police report. Two separate guests were argumentative with officers and refused to leave the residence while drinking alcohol.

Hailey, 20, of Weymouth, and Matthew Morris, 22, of Southborough, were arrested by APD. Both residents were charged with violating the town’s noise and nuisance house bylaws, said Amherst Police Department Detective Yvonne Feliciano.

AFD also observed code violations that require corrections while at the residence.