The college may not accept a freshman class this year 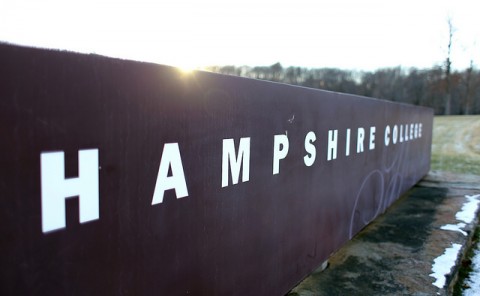 As 2019 begins, Hampshire College announced its plan to seek out a long-term strategic partner to help withstand financial pressures, as the college deliberates whether it will admit a class of 2023.

According to a Jan. 15 letter from Hampshire College President Miriam Nelson, Nelson cites economic struggles as the primary motivator for seeking a partner, describing the college as “an under-endowed institution” and citing “bruising financial and demographic realities in play.”

In the letter, Nelson is confident that the college has the resources necessary to find a partner and undergo these changes.

“We have great resources in our people, in our pedagogy that has had outsize influence on higher education, and in our reputation for imaginative and forward thinking,” Nelson said. “By moving ahead so forthrightly now, we also have perhaps the most important resource of all—time.”

Nelson also explained that the college is unsure if it will accept a freshman class in the upcoming fall semester.

The document also noted that the school hopes to find a strategic partner by the end of the 2019 spring semester, which will give the school enough time to work on a transition plan before the school’s 50-year anniversary in June of 2020.

Hampshire College is a small liberal-arts college with 1,175 students currently enrolled. The college, first opening in 1970, is a part of the five-college consortium with the University of Massachusetts, Amherst College, Smith College and Mount Holyoke College.

Hampshire is best known for its unique education model in which “students design their own programs of study instead of following predetermined academic pathways,” according to the school’s academic philosophy on the college’s website.

The FAQ page assured the public that the school will not close and is hoping to continue the same education model into future years.

However, the page did note that the school may change its current staffing model and encouraged employees to take advantage of the college’s employee assistance program.

Smith College President Kathleen McCartney, in a letter regarding Hampshire College’s announcement, showed support to Hampshire and those at Smith who are impacted by the announcement.

McCartney said, “Smith has been working to understand the implications of Hampshire’s announcement. Our priority is to provide the best guidance and support to our community, especially those whose areas of work or study intersect with Hampshire College.”

Nelson’s announcement comes in the wake of various struggling small colleges in Massachusetts, such as Mount Ida College, which faced financial concerns before being acquired by UMass last year.

According to the Daily Hampshire Gazette, the Massachusetts Board of Higher Education is considering creating an Office of Student Protection to exist within the Department of Higher Education. This new office will monitor colleges with financial risks and intervene when necessary.