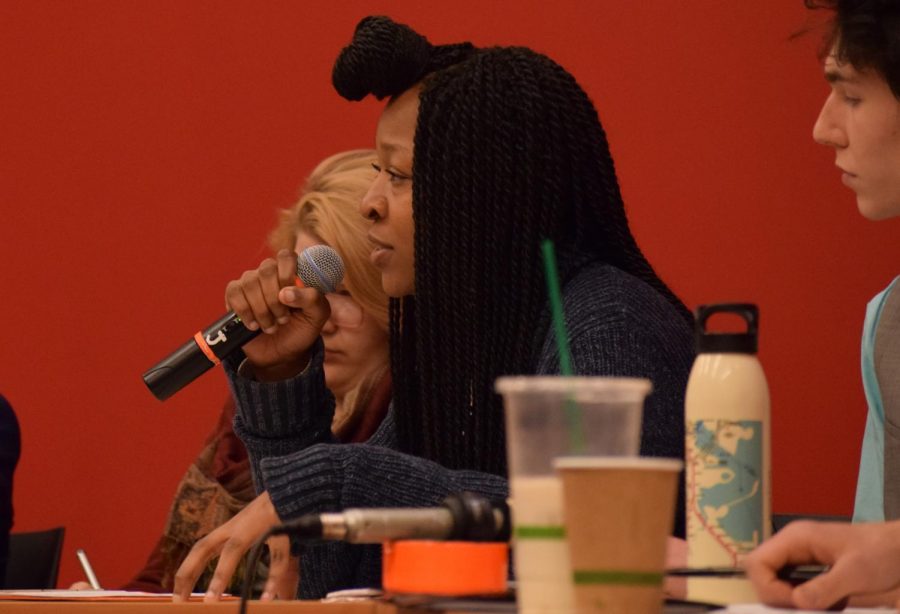 Effective Feb. 4, Student Government Association Vice President Nathalie Amazan will resign from office. In her statement on Thursday, Amazan cited time commitments to her other work on campus as the reason for her departure.

Amazan was elected to the position early spring of 2018 on a ticket with current SGA President Timmy Sullivan. The Sullivan/Amazan ticket accumulated 1,640 votes out of a total 4,017 cast by the undergraduate student body.

Outside of the SGA, Amazan researches prison abolition and American democracy in the political science department. Additionally, Amazan works alongside Dr. Stephanie Shonekan, the new chair of the African American studies department. Balancing these two positions in addition with SGA commitments is difficult, Amazan said.

“It was just a lot of time that I couldn’t keep all of them adequately,” Amazan explained. “And I just wanted to make sure that I was being responsible in being able to serve in each position to the fullest of my potential, and I was being pulled in all of these different directions.”

While Amazan will step away from the SGA executive leadership, she still plans to be heavily involved in accommodating the needs of the student body through registered student organizations focused on assisting marginalized communities on campus.

“I will continue to work with the 20+ undergraduate student team, the Restorative Justice Task Force, on our initiative to bring a Restorative Justice Program on campus,” Amazan said in her letter of resignation. “I will continue to work on the ways we can build up a racially just campus with the mindset of protecting, loving and supporting students of color, especially Black students.”

In a phone interview, Sullivan said he is looking for a vice president who can “work very well in professional settings” and who holds a commitment to the values of his administration and the vision he and Amazan hold for the campus.

In the meantime, Sullivan said that despite Amazan’s resignation, the SGA is committed to “getting work done” in the spring semester, particularly on the issue of inclusion.