Sia: The face behind the wig

How does one live life hidden behind a wig? 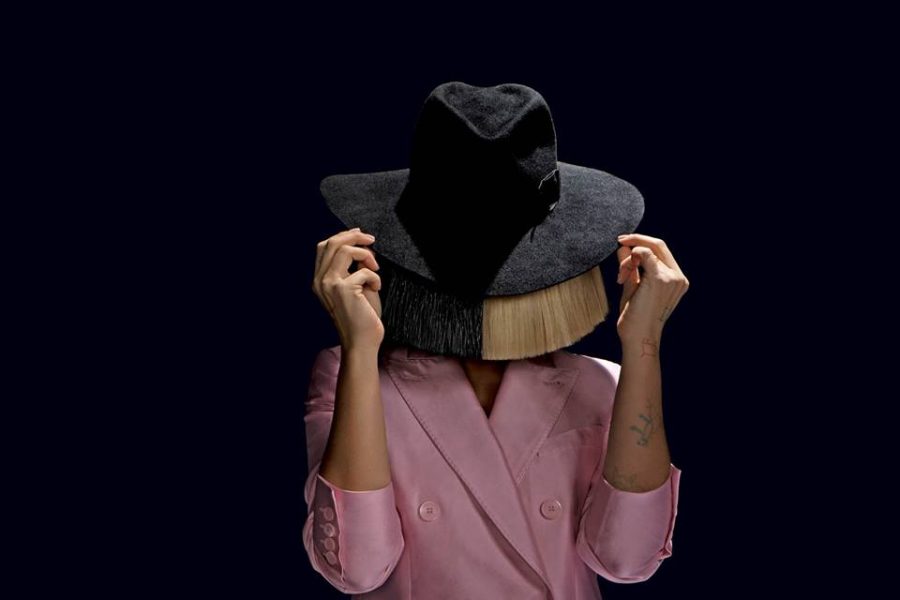 With a bob cut wig, giant bow placed atop her head and a smooth voice that belts out chart-topping ballads, Sia’s popularity doesn’t stop her from hiding her face. When performing her hits, she can be seen with her back turned to the crowd as a professional dancer glides across the stage. The dancer shifts gracefully on the tips of her toes, grabbing the audience’s attention away from Sia as she sings to the far wall, not daring to glance back. The Australian artist sings with the blond wig covering her ears and her eyes, but not her lips, which convey lyrics of past struggles she buries beneath her hair, making her seem poised and stronger than she’s ever been before.

Tied within Sia’s mysterious character is her reputation as a lyrical genius, singer, songwriter and record producer. She rose to fame with her hit single “Breathe Me,” which was used in the HBO series “Six Feet Under.” This song took the artist out of her career slump, a series of hits and misses in the ruthless music industry.  Following a failed attempt at a solo career, Sia planned to take a trip to Europe with an ex-boyfriend, but he passed away after being hit by a car before they were set to leave, marking a major tragedy in her past. Sia then spiraled into a life of substance abuse.

After “Breathe Me” caught the public’s attention, Sia wrote songs for popular artists like Christina Aguilera. However, alongside her success came an announcement that she suffered from Graves disease – an immune system disorder that results in the overproduction of thyroid hormones.  As a result, she dropped out of the spotlight, hiding behind drawn curtains but continuing to write songs for singers like Madonna, Beyoncé and Rihanna, who took the Sia-penned song “Diamonds” to Billboard’s number one spot in 2013.

When Sia made a reappearance in the public eye in 2011, featured on David Guetta’s song “Titanium,” she first appeared in her iconic wig that completely covered her face. Tired of fame’s spotlight and the drawbacks that came with it, Sia only appeared in public obscured by the wig, even on TV shows and live performances. Her songs “Chandelier” and “Elastic Heart” made waves on the pop charts. The album they appeared on, “1000 Forms of Fear,” reached No. 1 on the U.S. charts, the first album of hers to do so.

To focus back on to the blond strands that almost always cover her eyes, we must ask ourselves: What role do her beautifully-designed wigs play in her life? What do they symbolize?

Sia describes her own wigs as outlandish. By wearing a wig, she distances herself from the image of modern-day celebrities and keeps herself free from the physical criticism that celebrities on social media often face. She has also mentioned that she prefers to wear the wig on stage because it reduces her stage fright, which is one of the reasons she opts to not face the crowd when she sings.

EVOLUTION OF THE WIG

Representation:  The blond bob cut wig was a clear replica of Sia’s hair style at the time, which was indeed a blond bob cut. Sia is known for allowing different dancers, such as Maddie Ziegler of Dance Moms fame, to take the spotlight and perform on stage during her live performances. Sia prefers to stand in one place during performances, sometimes opting to not even face the crowd.  In her music videos, Sia often does not make an appearance, and instead dancers like Ziegler wear this wig and perform. During some performances, her dancers wear similar wigs as a direct depiction of Sia. The complex dance routines performed on and off stage often reference Sia’s conflicting emotions and inner turmoil.

Speaking to Interview magazine, Sia said of her wig: “I had the idea that, well, if Amy Winehouse had been the bouffant, maybe I was the blond bob.”

Type:  The half blond, half black bob cut

Representation: With the release of Sia’s new 2016 album titled “This is Acting,” the color of her wig changed to half black and half blond. “This Is Acting” is an album filled to the brim with rejected songs that Sia wrote for other artists including “Bird Set Free” and “Alive,” written for Adele, “Unstoppable” for Demi Lovato, and “Cheap Thrills” for Rihanna. Sia has said that she does not feel a personal connection with a lot of songs on this album, despite having written them. For Sia, it is as though the songs are written from another person’s perspective, hence the title.

A common theory about the wig’s color change is that it symbolizes this non-existent personal relation she had toward the songs on the album. The blond side of the wig still seems to be a representation of Sia, herself, as she always is, but the black side may represent whichever artist she is singing the rejected song of. A clear contrast with each other, the half blond, half black wig may be a representation of the connection between personal and public appearances, and how people connect with each other through the world of music. Even though people differ, they may still have similar perspectives. Perhaps the song is not something that she directly relates to, but they are still her lyrics, her words and her heart pouring through song.

Representation: The chilling music video of Sia’s hit song “The Greatest” starts by showing Ziegler wearing a black wig and staring at the camera with rainbow paint on both sides of her face.

As a tribute to the victims of the Orlando shooting at Pulse Nightclub in 2016, Sia uses dark colors and a melancholy music video in order to show her support. A beautiful yet heart-wrenching representation of the shooting, 48 other children besides Maddie, make their way out of a barred cage as the words, “I’m free to be the greatest here, tonight” bounce off the gray concrete walls of the place holding them captive.  The 49 people in the room represent the 49 victims of the Orlando club shooting, and near the end of the video, the lighting of the room changes to a dark blue and purple in representation of the club as the children dance around before falling to the floor in a pile of bodies as tears streak down Ziegler’s cheeks, the rainbow paint on both sides of her face highlighted by the drops of pure anguish.

Sia, once again, may be using the wig in the context that the black color symbolizes people other than herself. Perhaps she is attempting to take the focus off of herself and prove that other people in the world deserve to be heard.