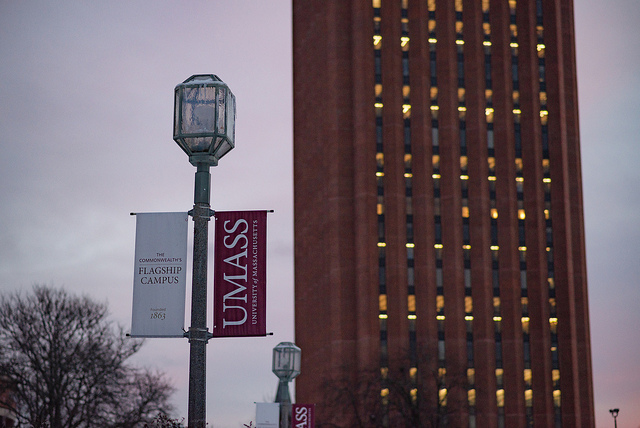 The ongoing admissions lawsuits against Harvard University and the University of North Carolina have rekindled the age-old debate surrounding affirmative action. Today, nearly 60 years since this policy was first implemented, its objectives and execution are often at odds with each other.

The moral argument frequently made to justify affirmative action is that to set right racial injustices of the past, society must provide a leg up to historically marginalized communities. Yet a policy claiming to uplift minorities can hardly justify its treatment of Asian Americans, who on average have to score 140 points higher on the SAT than white students, 320 points higher than Hispanic students, and 450 points higher than African-American students to gain entry into the same institution. Do the descendants of Chinese indentured laborers not deserve compensation? Granted, SAT scores aren’t the only thing taken into consideration during the admissions process, but they certainly are the most reliable predictor we have. Thomas Espenshade at Princeton University revealed that if other things are equal, applicants who present higher SAT scores have a clear advantage in the competitive admissions process. The odds of being admitted for candidates whose scores are 1500 or higher are more than 60 times greater than the odds for applicants whose SAT scores are below 1000.

Next, people argue that minority students tend to hail from poorer neighborhoods, and consequently have scarce access to quality education. I am all for granting a leg up to the financially underprivileged, but I do not see why race should be the deciding factor here. The assertion that minority status is the exclusive marker of poverty is belied by the underrepresentation of some minority groups, such as Asian Americans, amongst the poor. If helping poor students truly is our motivation, then let’s explicitly reward students who have overcome disadvantaged financial beginnings, irrespective of their race.

Then comes the diversity argument, which remodels the very purpose of a university as preparing students for a pluralistic society by immersing them in a diverse student body. Herein lies the patronizing assumption that minority students couldn’t possibly enter elite institutions without the crutch of racial quotas. In fact, after California outlawed the consideration of race in university admissions in 1996, diversity in the UC system went up. By 2010, the number of African-American admits increased by 50 percent, Latinos grew from 15.4 percent to 23 percent of the entering freshman class and Asians similarly rose from 29.8 to 37.47 percent. Besides, why must the formulation of a diverse student body be a function of race alone? Surely, all that an applicant has to offer cannot be reduced to their skin color. Were that true, then everyone belonging to the same race would be identical in their disposition. Professor Ilya Somin points out the obvious flaw in this notion – “Students labeled ‘Asian American,’ seemingly include individuals of Chinese, Japanese, Korean, Vietnamese, Indian and other backgrounds comprising roughly 60 percent of the world’s population… It would be ludicrous to suggest that all of these students have similar backgrounds and similar ideas and experiences to share.”

Perhaps one could look past these shortcomings of affirmative action for the good it has done to those whom it was afforded. The harsh reality, however, is that this policy has often harmed the very students it sought to help. In 2009, 84 percent of Black and 66 percent of Hispanic students had test scores below their institutions’ averages. By mismatching students to universities that don’t align with their caliber at the time of admission, affirmative action sets them up for failure. Dr. Thomas Sowell pointed out that in 1987, of all the Black students admitted to UC Berkeley under affirmative action, more than 70 percent failed to graduate. The median SAT score for Black students in that entering freshman class was 952 while for whites and Asians, the median scores were 1014 and 1254, respectively. Despite this wide variation, every group’s median SAT score was well above the national average. In short, students in that entering class who failed to graduate from Berkeley were perfectly capable of graduating from any average American college.

Moreover, as pointed out by Richard Sander and Stuart Taylor, because of this mismatch, racial preference policies often stigmatize minorities, reinforce pernicious stereotypes and undermine the self-confidence of beneficiaries, rather than creating the diverse racial utopias so often advertised in college campus brochures. A recent study from the Chronicle of Higher Education found that affirmative action may be causing increased academic pressure for minorities at elite colleges, as well as worsening social stigma. It states, “if white students believe that many of their Black peers would not be at a college were it not for affirmative action and, more important, if Black students perceive whites to believe that, then affirmation action may indeed undermine minority-group members’ academic performance by heightening the social stigma they already experience because of race or ethnicity.” Former first lady Michelle Obama too pointed to this in her recent memoir, recounting that during her time at Princeton, affirmative action was a constant elephant in the room. “You could almost read the scrutiny in the gaze of certain students and even professors,” she writes.

As I see it, holding students to differing admissions standards in the name of fulfilling diversity checkboxes only perpetuates the false narrative that race is in any way related to intellect. Justice Antonin Scalia conveyed this point most convincingly: “The difficulty of overcoming the effects of past discrimination is as nothing compared with the difficulty of eradicating from our society the source of those effects, which is the tendency — fatal to a Nation such as ours — to classify and judge men and women on the basis of their country of origin or the color of their skin. A solution to the first problem that aggravates the second is no solution at all.”

The call for affirmative action stems from a reasonable concern – why doesn’t the ethnic makeup of higher education institutes more faithfully replicate that of society? However, just as you can’t cure an ailing tree by simply chopping off its branches, group disparities in access to education arise early on and cannot be solved by simply granting superficial dispensations.