One senator said he did not recognize Sullivan’s authority 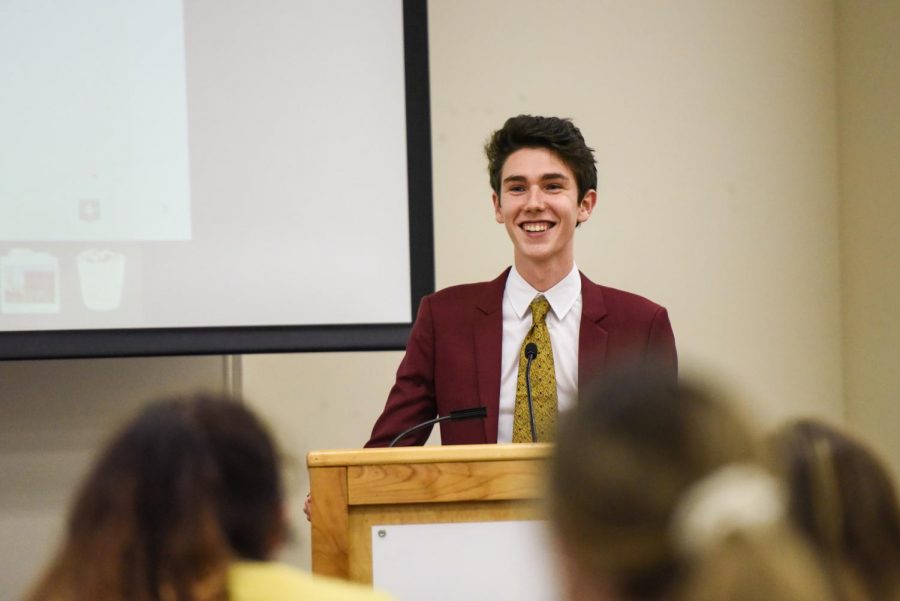 By Will Mallas, Collegian Staff

In the first meeting of the semester, two senators of the University of Massachusetts Student Government Association resigned, citing frustrations with SGA President Timmy Sullivan.

The two senators, Arpit Jain and Diart Spahija, left the legislative body with a flurry of criticism for Sullivan’s methods of leadership.

A senator for the class of 2020 who has served for five semesters, Jain announced his resignation during the opening announcements of the meeting on Monday night.

In explaining his reasoning for his resignation, Jain placed blame on Sullivan, describing Sullivan as a “disruptor in the world of UMass politics with no regard to the [student body] he represents.”

“To start his term, President Sullivan could have been given the benefit of the doubt, but he threw that out the window when he decided to appoint some secretaries who had less experience with the roles than he did,” Jain said. “In the end, all but one was confirmed through the Senate.”

Additionally, Jain criticized Sullivan for what he described as staying “quiet” when “important issues” were discussed and for Sullivan speaking out of turn during a board of trustees meeting last semester, where Sullivan called the chair of the board Robert Manning a “liar” and declared a lack of faith in Manning’s leadership.

While Sullivan did not respond directly to any of Jain’s specific criticisms, he did encourage the members of the SGA to come talk to him if they had any concerns.

“I am open and available to talking to all students on campus, that’s my job, so I hope that we can clear up the issues that people may have,” Sullivan said.

Later in the meeting, Spahija decided to resign, for what he felt was a lack of a response to Jain’s criticisms.

“If you are not even willing to respond to what [Jain] said, then I resign along with him,” Spahija said.

“I do not recognize your authority because you are not fit to be president,” he added.

Following his resignation, Spahija left the room and the meeting continued.

The meeting also featured discussion and updates on a variety of programs the members of the SGA plan to pursue in the upcoming semester.

Chair of the Social Justice and Empowerment Committee Timothy Scalona discussed goals of making University Health Services and the Center for Counseling and Psychological Health more accessible, in terms of both time and money. Additionally, Scalona provided an overview of plans to fight racial injustice on campus.

“[SOJEC] is looking to continue work with other related student and campus groups on creating a more racially just campus, as to prevention of and response to hate crimes and trying to get [Residential Life] to better define the distinction between ‘biased incident’ and ‘hate crime,’” Scalona said.

Additionally, Attorney General Ilina Shah discussed how she plans to work on fighting sexual assault in Greek life through starting a conversation on the issue.

“Based on a lot of things that I have heard from fellow students, just as a representative on campus, a lot of issues still persist right now, and I think it’s all about having the conversation of how we can make things even better,” Shah said.

Speaker Ryan Mahan also discussed the upcoming SGA elections. Nominations are set to begin on Feb. 4 and continue until Feb. 11, and a president and trustee debate will be held on Feb. 18. Voting will take place from Feb. 19 to Feb. 21.