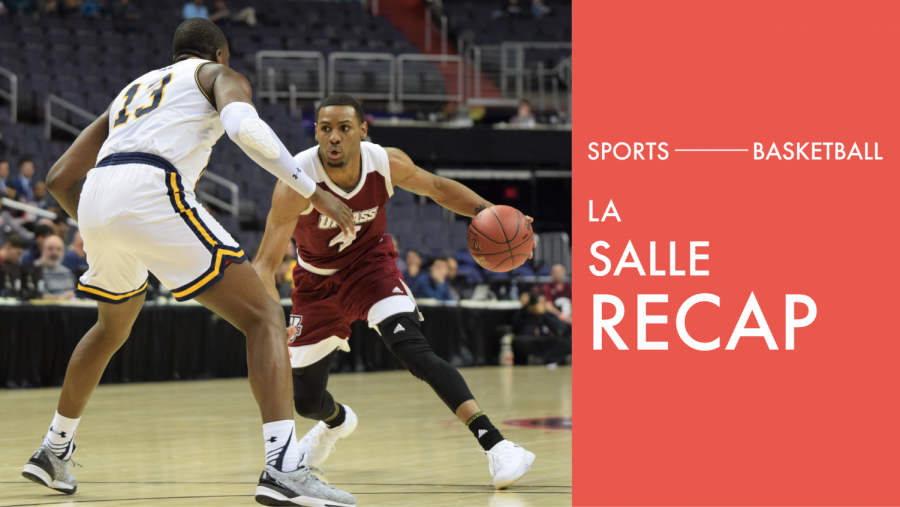 A three-pointer from La Salle’s Saul Phiri to beat the shot clock with just over two minutes to go buried the Massachusetts men’s basketball team Wednesday night, as the Minutemen stumbled to a 60-51 loss.

UMass (8-13, 1-7 Atlantic 10) squandered the momentum from Sunday’s win over Rhode Island, missing a bevy of layups against La Salle (5-14, 3-4 A-10) as the Minutemen returned to the offensive doldrums of the last month.

After falling behind by eight at halftime, UMass kept the game close, but couldn’t string together enough baskets to make a run. The Minutemen closed to within five on two free throws from Luwane Pipkins with just under 11 minutes to play, but the offense sputtered from there, and the Explorers went on a 10-2 run over the next four and a half minutes.

UMass managed one last gasp, a 6-0 run fueled mostly by free throws from Rashaan Holloway and Keon Clergeot, but Phiri’s three gave La Salle a 10-point lead with just over two minutes to go, effectively slamming the door on a potential comeback.

Pipkins’s ice-cold shooting continued with a 1-for-14 performance from the field, but unlike on Sunday, sophomore Carl Pierre was unable to bail him out. Pierre went 1-for-12 and 0-for-7 from deep.

Pipkins and Pierre were hardly alone. UMass shot just 22 percent from the field.

“When you miss 55 field goals and you shoot 18 more field goals than the other team, you’re supposed to win,” McCall said. “And we didn’t.”

The Minutemen’s atrocious shooting spoiled a strong defensive game, the first time in two months that UMass held an opponent as low as 60 points. Unlike most of A-10 play, UMass got stronger defensively as the game went along, allowing just 24 points in the second half.

The Minutemen also won the battle on the boards, pulling down 51 rebounds to La Salle’s 43, including 23 offensive rebounds. UMass outplayed La Salle in almost every facet, but shot so poorly that it didn’t matter.

“We held them to 60 points, one of the lowest games this year,” McCall said. “Eventually you’ve got to be tough enough to go in there and get an angle and score the ball. I mean, that’s really it.”

With a three-point lead midway through the first half, McCall subbed out Jonathan Laurent, Holloway, and Pierre for Unique McLean, Sy Chatman and Kieran Hayward. When those three subbed out two minutes later, La Salle had a six-point lead. UMass trailed the rest of the game.

“We had a four- or five-point lead there,” McCall said. “I sub a couple guys, and all of a sudden that lead gets erased and now all of a sudden we’re down six. So you’re like ‘Okay, are you guys tough enough to play in a game like this?’ Guys are like ‘Why didn’t this guy play more, why didn’t that guy play more?’ Well, because when we had a four- or five-point lead in the first half and we’re clicking on all cylinders, we make some substitutions and some of those guys we put in the game look shell-shocked. It’s hard to put those guys back in the game.”

Now 1-7 in A-10 play, UMass will try to get back on track against Saint Joseph’s in Philadelphia on Saturday.