UMass swimming and diving comes up short against Dartmouth 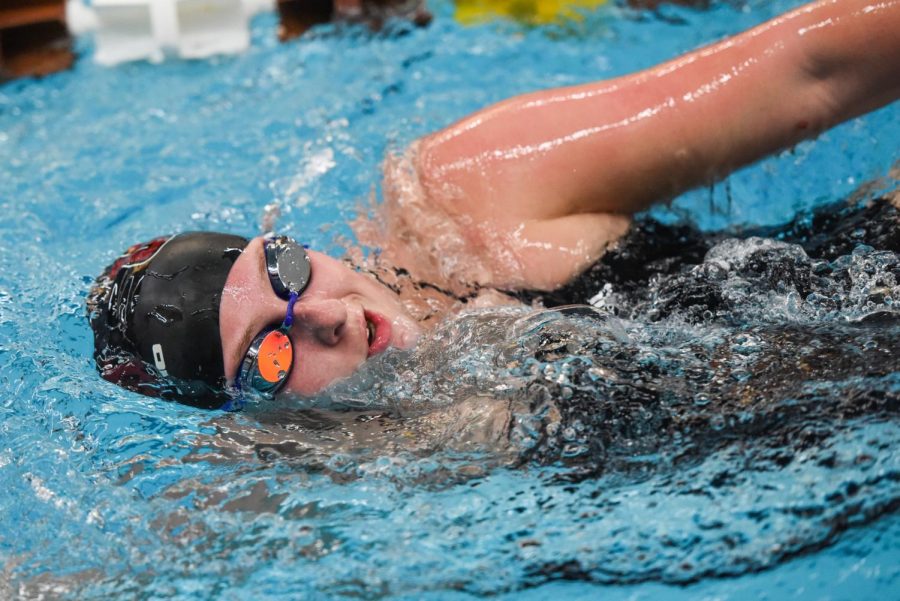 The Massachusetts swimming and diving teams put forth a solid showing, but were unable to come away victorious over Dartmouth this weekend at the Ramsden Invitational. Through 36 events over the two-day invitational, the women lost out 193-142, and the men were defeated 200-136.

“Once again, I’m impressed with their focus, and their preparation, and their determination… I think Dartmouth was a little more prepared in their training plan than we were, and also we just went through the first week of classes, coming off of training camp, and the kids were pretty exhausted,” said men’s coach Russ Yarworth of the team’s weekend.

Women’s coach Bob Newcomb was impressed with how his team handled its new warmup routine. “I think they had a great attitude going into it and really responded well.”

The Minutewomen’s efforts were headlined by senior breaststroker/freestyler Ansley Baker and senior diver Katie Polk. Each set records over the weekend, with Baker notching a time of 51.06 in the 100 free on day two for a Ramsden meet record, and Polk scoring a personal record of 326.92 in the three-meter dive.

In addition to notching a Ramsden meet record in the 100 free, Baker claimed first in the 100 breaststroke on Saturday, giving her two individual wins on the day. The Minutewomen secured a total of five individual wins on the second and final day, with Olga Egkorova taking the top spot in the 400 IM, Rachel Grant winning the 100 butterfly, and Maja Boric coming in first in the one-meter dive.

“I don’t think they were very happy on Friday, and I think we had a real good response and we tried something different and had them all doing stuff together,” said Newcomb of the women’s bounce-back from its solid-but-not-spectacular Friday, “And when this team gets together we have a great personality…We were very happy with the way we did things on Saturday.”

The Minutemen dominated the 100 breaststroke, sweeping the event on Saturday with Al Madden, Owen Churchwell and Luther Gordon rounding out the top three spots in the events. The men’s team also swept the 200 free with a 1-2-3 finish of Dias Konysbayev, Harry Ortof and Panagiotis Androulidakis.

While Katie Polk and Maja Boric excelled for the women, the men’s divers struggled in the invitational, failing to place in the top three of the one-meter and three-meter dives.

“I know that [diving coach] Josh [Arndt] is working hard to bring them up and the kids are working hard,” said Yarworth about that group’s struggles. “So I’m not concerned about them…all we can ask is all we got.”

Both teams travel to Fordham next Saturday for their last dual-meets of the season.