These diseases can be prevented 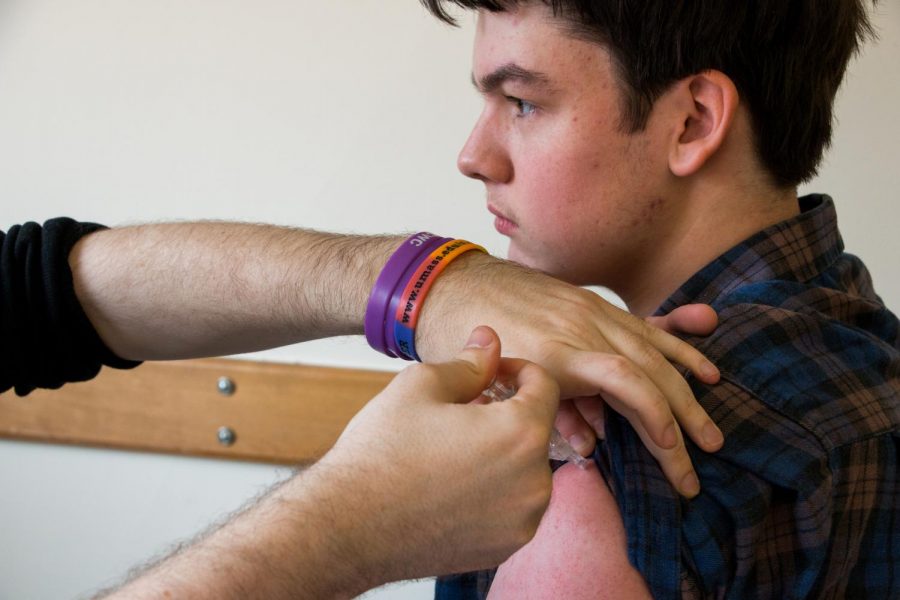 In his latest book, “Enlightenment Now,” Steven Pinker points to the remarkable progress made by the human species in the 20th century. Smallpox, which killed more than 300 million people, was completely eradicated by 1977 thanks to the discovery of the smallpox vaccine. Since 2000, some 20.4 million lives have been saved by the measles vaccine. Immunization and infection control practices have similarly led to a steady decline in infant deaths from polio, HIV, malaria and Ebola.

But man is nothing if not predisposed to hubris. The state of Washington recently declared emergency amidst a measles outbreak in its Clark County where, so far, 59 people have been diagnosed with this preventable disease. Of these, 52 people were unimmunized, one person immunized, and one has been hospitalized. Public health officials report that 45 of the cases occurred in children under the age of 10.

So, how did we get here? The truth is that there is a history of misinformation fueling the anti-vaccination movement. In 1974, pediatric neurologist John Wilson published a paper in the “Archives of Disease in Childhood” claiming the diphtheria-tetanus-pertussis (DTP) vaccine caused 50 children in a London hospital to suffer blindness, paralysis and mental disabilities. The study caused waves in the media and in 1982, NBC aired a one-hour special titled DPT: Vaccine Roulette, showing images of children with withered arms and legs. Soon, anti-vaccine advocacy groups were born, and parents avoided the pertussis vaccine, resulting in massive outbreaks. In the next decade, no fewer than 14 studies debunked Wilson’s original claim and found that the children Thompson described most likely had a genetic disorder characterized by early-onset seizures and severe developmental delays.

Despite this, the notion that vaccines cause harm rooted itself in the public’s mind. This fear was further catalyzed by Andrew Wakefield in 1998, when he published a study in “The Lancet” journal claiming that the combination measles-mumps-rubella (MMR) vaccine caused autism. Consequently, many parents chose not to vaccinate their children. Seventeen subsequent studies performed in seven countries on three continents found no link whatsoever between autism and the MMR vaccine. What’s more, it was revealed that Andrew Wakefield had misrepresented clinical data and received money through a personal-injury lawyer to launder his legal claims in a medical journal. Wakefield was stripped of his medical license and in 2004, “The Lancet” retracted the article. Yet, the concern that vaccines cause autism continues to linger in society. As Pinker puts it, “Vaccines are one of the best things our sorry species has ever accomplished. But the link to autism is The Lie That Never Dies.”

This brings us back to Clark County, where 4,881 students have been found unimmunized due to their parents citing “personal exemptions.” And while there is still hope to quash misinformation, the religious motivations I cannot address. There exists a philosophical exemption, however, that merits attention – the protection of individual liberty and fear of government overreach. On the face, this argument seems reasonable, as the government need not dictate what substances an individual consumes or injects into their body. However, what separates vaccine exemption from the call to legalize marijuana, for instance, is the concept of external harm. Milton Friedman makes a case against auto safety regulations such as those mandating seatbelts on the ground that unlike provisions protecting pedestrians and third parties (such as traffic lights), not wearing a seatbelt is a threat to the driver alone and while foolish, it should not be illegal any more than the act of committing suicide is illegal.

Sympathetic as I am to Friedman’s logic, vaccines don’t operate in the same fashion. In order to prevent the spread of contagious disease within a community, a sufficient proportion of individuals within that community need to be vaccinated. For measles, this threshold of ‘herd immunity’ is reached when about 93 to 95 percent of a population is vaccinated. Only then are infants too young to be vaccinated and those who are immune-compromised sufficiently protected. According to the American College of Physicians, about 10 million people in America are immuno-compromised through no fault of their own. So, by choosing to forego vaccination, individuals put the lives of those dependent on herd immunity at risk. This exercise of personal liberty by one individual directly encroaches upon that of another.

Since 1924, vaccinations have prevented 103 million cases of polio, measles, rubella, mumps, hepatitis A, diphtheria and pertussis. Perhaps this has lent a false sense of security to some. As Sam Harris astutely noted, “the only reason anti-vaxxers are in a position to even entertain the possibility of not immunizing their children is that there is still so much herd immunity. These people cannot reasonably hope that everyone will stop using vaccines — that is, unless they hope to return to a world where people get paralyzed by polio because they shook another person’s hand.” Unsurprisingly then, in the wake of the current outbreak in Washington, orders for measles shots in Clark County have jumped from 530 doses in the previous January to 3,150 last month.

In “On Liberty,” John Stuart Mill stated “that the only purpose for which power can be rightfully exercised over any member of a civilized community, against his will, is to prevent harm to others.” Until it’s impossible for unvaccinated individuals to conduct their lives in isolation, vaccination is an area that merits regulation. Yevgeniy Feyman of the Manhattan Institute makes this point convincingly that “Parents have the right to decide whether to vaccinate their own children. But they don’t have the right to play Russian roulette with other children’s health.”